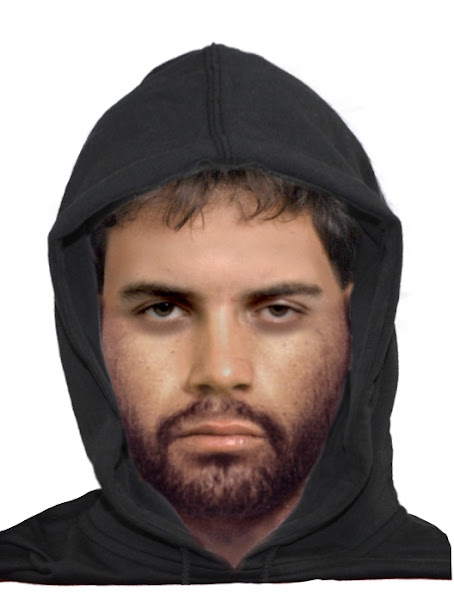 ACT Policing has released the image of a man who is alleged to have abducted a 16-year-old Theodore girl on Tuesday, June 14.

Around 9.25am (June 14) the victim, who was wearing black tracksuit pants and a red top, was waiting at a bus stop in Theodore. A vehicle described as an older model, dark green-coloured Holden or Ford sedan stopped alongside her, a man got out and the victim was forced into the back seat. She was driven for a short time to a house, taken inside but managed to escape.

The house is described as a single story brick home with a wooden front door and windows either side. One of the windows had a slightly torn curtain believed to be yellow in colour. It has a concrete driveway down the left side of the block which leads to a brown wooden gate leading to the backyard.

He was wearing a black, hooded jumper and blue adidas tracksuit pants with white stripes down the side.

Anyone who may have witnessed the incident and may have seen the girl, wearing black tracksuit pants and a red top, walking along pathways in the Chisholm or Richardson area, near the Calwell shops or in area of Theodore on Tuesday, 14 June is urged to contact Crime Stoppers on 1800 333 000. Information can be provided anonymously.

he must shop at rebel sort tuggers!!

If i was the police, id tell every tip in town to record license plates of people disposing of washing machines and/or cars.

There’s two houses in a cul de sac near Twamley Crescent in Gilmore with cars in their backyards. I don’t know if this story is true so I don’t want to point at the exact location but they aren’t too hard to spot.

One of them has an insane amount of stuff back there.

This is kind of fun, but it’s not exactly illegal to have cars in your backyard 🙂

Yeah, you’d think a few hours with Nearmap (http://www.nearmap.com/), which has higher res pics and is updated more frequently than google maps, and has a timeline of aerial views (the latest being 6 may 2011) would find the house pretty quick. If it exists? I’m sure the bunch of old cars and fridges were still there on 6 may 2011.
Surely the cops just need to sit down with her and trace as much of the route as she remembers, then scan houses within ~1km of her approximate route?

Cant remember the location but can remember the torn yellow curtain? And the washing machine in the back yard?

Have you ever fled somewhere in panic?

Cant remember the location but can remember the torn yellow curtain? And the washing machine in the back yard?

It’s fairly well documented the brain remembers certain details, however small and irrelevent, over some more important details. Especially during traumatic events. I’m not saying the story is legit or anything, I’m just saying that’s not the best argument for disproving it 🙂

I agree, it will be interesting to see how it pans out.

Cant remember the location but can remember the torn yellow curtain? And the washing machine in the back yard? Hmmmmmm.

Get the chopper up around the area – unless they are all like that!!

Irene Kelly - 15 minutes ago
What happened? View
Tim Van Der Vlist - 4 hours ago
No discounts for the members for resigning is a disgrace. They have to play on a mediocre (at best) course for 6 months and s... View
Eamon MacDonnell - 6 hours ago
Rowan Kemp Mark Furry Andrew Thorne stills a ways off View
Opinion 126

Joe Seph - 16 minutes ago
My daughter came up with a solution get egg shells fill them with poo and throw them at cars being dangerous View
Mark Katalinic - 37 minutes ago
When nobody enforces the road rules what do you expect? View
Dayne Dallinger - 1 hour ago
Jethro Counsell have a good read mate View
News 17

tfx1 - 39 minutes ago
Why is it Canberra people do not understand risk analysis. Some simple numbers to demonstrate the effect of this big battery.... View
Capital Retro - 3 hours ago
Don't speculate on unknown unknowns. View
Property 32

John Moulis - 52 minutes ago
AstraZeneca is a dog and I got it straight from the horses mouth. I went for my first jab today and I told the nurse that I h... View
Community 2

I never thought I'd say it, but the streets of Canberra seem to be becoming meaner these days. In the...
*Results are based on activity within last 7 days