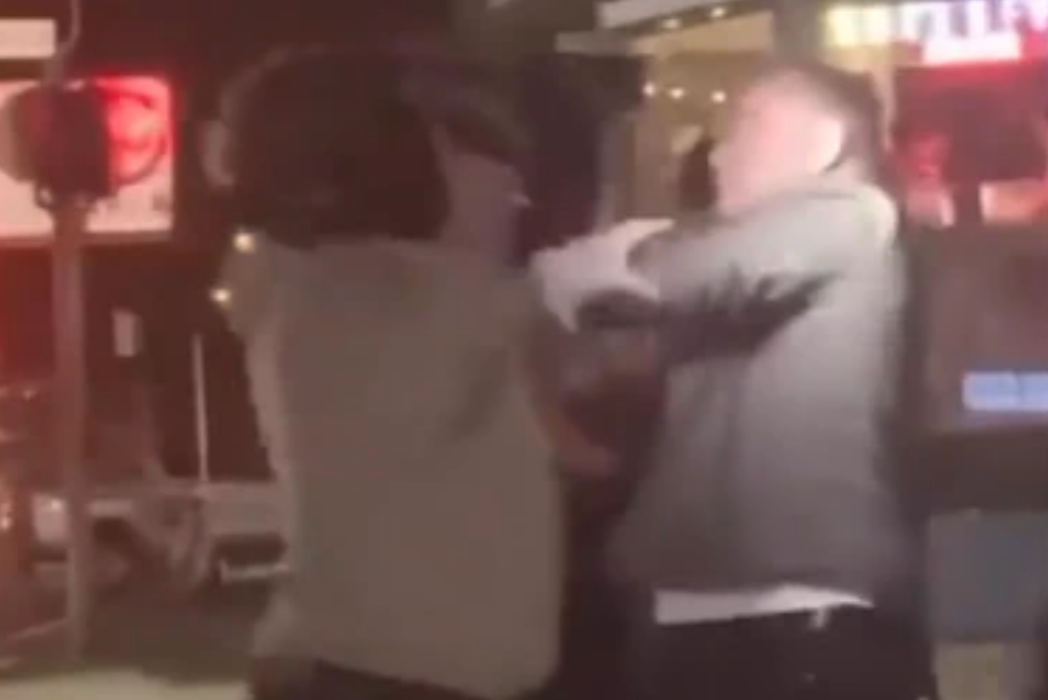 Former Deputy Premier and Member for Monaro John Barilaro was filmed in an altercation with a cameraman outside a Manly pub. Image: Creatures of Manly.

The NSW Parliament has been recalled during its winter break over what the Opposition has called the government’s “campaign of obstruction” in regards to the Barilaro Inquiry.

It’s come as former Deputy Premier John Barilaro claimed the parliamentary inquiry into how he received a top trade job has “blocked” him from giving evidence.

Labor Leader Chris Minns announced on Tuesday (26 July) that the NSW Parliament had been recalled to “force Dominic Perrottet to release the Barilaro NYC documents that this government has been hiding”.

Shadow treasurer Daniel Mookhey said the government had claimed “secrecy” over 138 documents out of almost 200 that had been produced.

“For every one document that they’ve made public, they’ve kept nine secret,” he said.

“We would encourage the government again to end their campaign of obstruction and to end the cover-up and withdraw their secrecy claim so the public can see this information for themselves.”

Mr Barilaro went on 2GB to tell his “side of the story” after a video emerged on social media of an altercation between him and a cameraman at the weekend.

Mr Barilaro accused the Labor Party of “playing games” in the Upper House by not giving him a timely opportunity to tell his side of the story on the record at the Public Accountability Committee probe into his appointment.

“They pick and choose their witnesses and have not given me any fair opportunity to defend my name because I can actually clarify a lot of the mistruths that have already been put into the public domain,” he said.

“I’m available to turn up to the inquiry this week to tell my side of the story.

“Let’s do that before this gets even uglier.”

Mr Barilaro said the inquiry had turned into a “circus” and that the Labor Party was “barking up the wrong tree”.

“There was [sic] no deals. There was a process and I can actually outline the process, but that has to be said in an inquiry,” he said.

“Just because there’s been a couple of coincidences in terms of when Cabinet submissions went up or whatever, the timing of my resignation … it doesn’t equal a conspiracy.”

Mr Barilaro said his story had to be given at the inquiry so he would have time to answer questions “in detail”.

“What I’m really disgusted in is that I’m not being given that opportunity to do so,” he said.

“What did I do? I applied for a job, a trade job, and a process can be detailed given the opportunity to go to a hearing, but the Upper House won’t call me to the hearing because they don’t want to hear the truth.

Mr Barilaro said he had kept quiet to this point but an incident on Saturday night (23 July) had prompted him to speak out.

He and some friends had gone to a Manly pub to get pizza and drinks. When they emerged, Mr Barilaro said he was “confronted in the dark” by a “bright bloody light in my face”.

“If that was you, how would you have responded?” he asked.

“All I did was push a camera out of my way. I did not manhandle an individual.

“I’m a private citizen, I left politics last year … and yet the way I’m being treated, the way I’m being harassed, the intrusion into my life, doesn’t just affect me, it affects more people – my family, friends, the people around me.”

Nationals MP and inquiry committee member Wes Fang has also claimed Mr Barilaro wasn’t being allowed to speak at the inquiry in a timely manner.

“I’ve tried countless times in this inquiry to have John be given the opportunity to front up and put his case, Labor continues to block it,” he said.

“Give the man the chance to speak.”

Newly released documents from the Public Accountability Committee showed Mr Barilaro had been emailed by the Upper House Committees director on 20 July.

“The committee has also resolved to provide you with an opportunity to respond, make a submission, or appear as a witness at a future hearing for the inquiry,” it read.

“We would appreciate receiving a response by Friday, 29 July 2022.”

But Mr Fang said this invitation was for an unspecified future date rather than immediately and that Labor was stalling bringing Mr Barilaro to the inquiry.

“The excuse that Labor is putting out there – that they don’t have enough documents or need to hear more witnesses – is going against procedural fairness,” he said.

“I think they’re trying to delay him as long as possible … they’re fairly weak [excuses] in that regard.”

A second email was sent to Mr Barilaro on Monday (25 July) from Committee Chair Cate Faehrmann inviting him to make a written submission to the inquiry, and which said it was the “committee’s intention” to invite him as a witness to a “future hearing”.

“However, the committee is currently waiting for the government to comply with Standing Order 52 return of documents to the House, and will consider a date for a hearing once these documents have been received,” she wrote.

Mr Fang said Mr Barilaro wanted to make his submissions “under oath” in the inquiry rather than “take the coward’s way out” and submit a letter.

He also said the committee had voted against his proposal on Friday (22 July) to have Mr Barilaro appear on Tuesday (26 July).

In a letter seen by Region, Mr Fang wrote to Labor Leader Chris Minns, saying, “the decision by Labor members to oppose his immediate invitation appears to contravene the House’s ‘Procedural fairness resolution'”.

“This decision not only goes against procedural fairness and natural justice, but it also blatantly contradicts the comments Labor members have made to the public, saying they would welcome his appearance,” Mr Fang said.

“It’s disingenuous to say one thing to the media, then when it is decision time, back away.”

READ ALSO What’s in store from the Reserve Bank review

Other newly published documents showed Premier Dominic Perrottet had also been invited to attend a hearing into the matter, but he declined.

“Nevertheless, the Premier has confirmed that he will be attending Budget Estimates on 1 September 2022, where he will be happy to answer questions in relation to any aspect of the administration of the NSW Government,” a response said.

Regarding the Manly incident, a police spokesperson said that while they could not confirm names, officers were investigating an incident that occurred at about 7:30 pm on Saturday (23 July) outside a Manly bar.

I want Glady Back.

He missed out on his plum job. Let the retribution begin!