Think before you drink at the office Christmas party 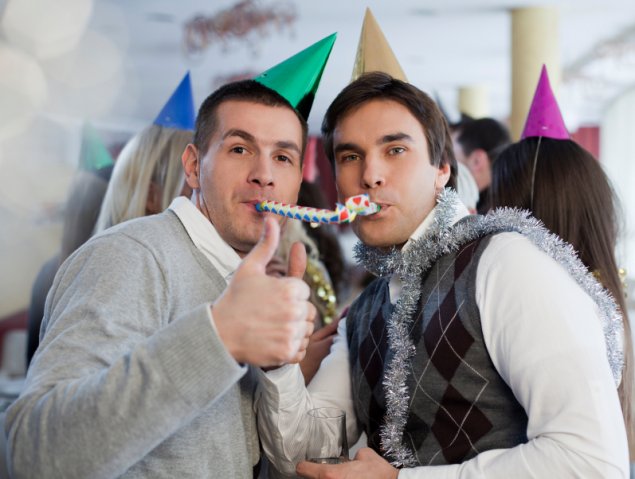 Welcome to the silly season. And they don’t call it silly for nothing. It’s that time of year where all of our emotions seem to overflow and we dangle dance between the line of aggression and elation at the thought of the end of the year finally approaching and heading off on summer holidays.

But before you quite reach the finish line, there is a tradition that is almost just as important on our minds as the right for seconds on Christmas day. It’s the office Christmas party.

A political cesspit of complaints, it’s always a hot topic of gossip in any place I’ve worked. The watercooler chats of whether or not family or partners are invited, why this year’s basic beer garden function isn’t fair compared to the extravagant ball the year before. In the end everyone slips on their finest gear and will drink the free alcohol no matter what has been planned.

Whatever the activity, the point of a Christmas party is to reflect on the past year, reward employees for their hard work and socialise with colleagues outside of the traditional work environment. So don’t play it cool, get amongst it and talk to as many people as you can, participate in the activity if there is one. It’s a great opportunity to get to know people and show your boss that you are a human outside of work.

In the next couple of weeks, no doubt you’ll be finding yourself in a festive, jolly situation. But mix your boss, fellow colleagues and one too many tequila slammers could find you getting a little too jovial to face the office on Monday.

In a former life I used to be an events & wedding planner. 10 years in hospitality meant I’ve seen some pretty interesting Christmas parties. Before you go to your Christmas party I found some interesting facts that you might want to have a look at before you hit that open bar and wake up next to regret:

I’ve been to some pretty lame Xmas parties, thanks mainly due to previous events that spoiled future plans. One of the worst was an afternoon BBQ at the business premises, family invited, on a Sunday. The next day was a normal work day, so it was pretty lame to say the least. Beer was the only grog on offer and the whole thing only went for about 3 or 4 hours. Great for the kids but dead boring for employees [at least for those who actually turned up].
The last one I went to the boss got legless and taxied home. Thankfully this year’s up and coming Xmas party I have been told is a compulsory event in which one must drink and eat as much as possible with the aim of not being able to remember any of it. I can’t wait.

Um where did you get that nine out of ten parties have HR incidents? And where are there cameras in the toilets? Probably the safest place to pash Ron, surveillance-wise.

We live in politically correct times. If it is 9 out of ten I would be very surprised.

Some companies are now playing safe with afternoon lunch parties

What’s safe about that?

Not sure what christmas parties everyone else is going to but the ones I’ve been to in the last few years are generally not as tame as you all suggest.

Lots of drinking, lots of stupid things and throwing up and everyone pretends it didn’t happen come Monday.

Personally, it was from a work christmas party that had too much tequila where I had one of the worst hangovers of my life.

Sounds like everyone else is working for the wrong companies (or maybe just the public service).

Some companies are now playing safe with afternoon lunch parties

Some companies are now playing safe with afternoon parties!

In the RAAF, senior Corporals would get full of p$ss and bad manners, bail up the junior engineering officers (usually 20 yo and straight out of ADFA, never had a real job) and lecture them on how the squadron should be managed. Some of us retired as senior Corporals… 🙂

Geez wowser world – here’s your chance – get drunk, tell the boss off, chat up the ladies, photocopy body parts and distribute widely, and generally get up everybody’s nose – Christmas comes but once a year – make the most of it!

Um where did you get that nine out of ten parties have HR incidents? And where are there cameras in the toilets? Probably the safest place to pash Ron, surveillance-wise.

+1 better off staying at work these days. More exciting than the 2014 version of a Christmas party in my experience.

I’ve seen some seriously awesome **** at Christmas parties. It’s a bit of a shame they’re so tame now.

Agreed, these types of advice on how to behave are trotted out every year but Xmas parties just get duller and duller except in certain private industries where there are a lot of young people around and an open bar.

Dorsia Darling - 2 hours ago
Yep - another thing we can blame the LNP for. Bloody Abbott 😡 View
Donna Venables - 3 hours ago
Let them use Zoom. They can find out for themselves how bad the Aussie internet really is. Maybe then, there will be somethin... View
News 6

O L - 5 hours ago
Went through Cooma last week and thought I’d get a covid test, no way as the covid testing was closed an hour for lunch???? View
Sport 15

@The_RiotACT @The_RiotACT
At the end of a busy week, our latest newsletter wraps up all the stories that have had Canberrans talking, from the future of public housing on Ainslie Ave to a new, permanent Lifeline bookshop https://t.co/GBOLyb6Jxf (2 hours ago)

@The_RiotACT @The_RiotACT
The peafowl have been a feature of Narrabundah for 30 years, and now they have their own street sign to help keep them safe https://t.co/y4cynU4Vbs (4 hours ago)

@The_RiotACT @The_RiotACT
The Bushfire Royal Commission has heard that Australia's ability to fight bushfires could be hampered due to dependence on one US supplier of fire retardant, a situation recently highlighted by COVID-19 manufacturing shutdowns and delays https://t.co/0l2YEOtvoU (6 hours ago)