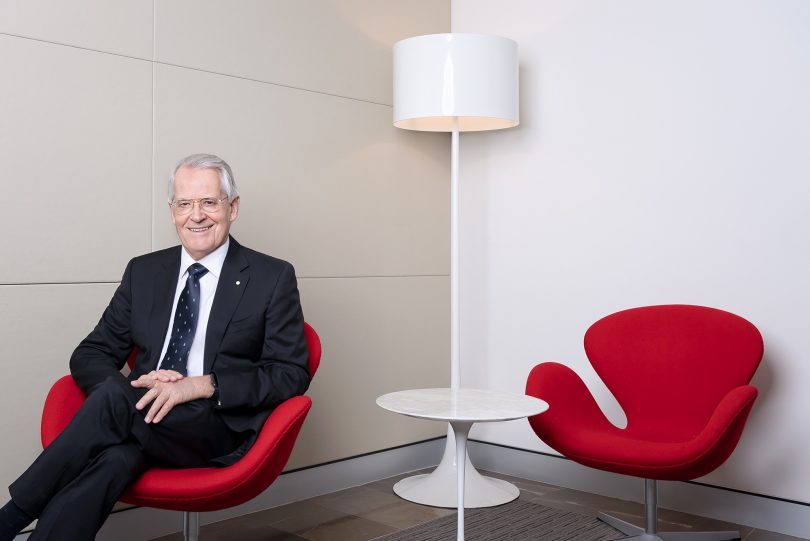 The ACT Integrity Commission has revealed that three matters of “serious and systemic” corruption within the ACT public service (ACTPS) have proceeded to full investigations, while more than 10 other referrals have reached the preliminary stage of an investigation.

In total, 85 submissions have been received by the Integrity Commission since it began receiving referrals in December.

In the ACT, 15 per cent of matters are subsequently investigated, compared to between one and three per cent in other jurisdictions.

The decision to proceed with an investigation is decided by the commission’s Assessment Panel, comprised of Commissioner Dennis Cowdroy, Mr Hoitink and the three senior directors.

Despite a steady flow of inquiries and referrals, the Integrity Commission still has not filled all of its staff roles, and at least 50 per cent to 100 per cent more staff are needed for the commission to be able to handle its workload effectively, Mr Hoitink said.

“[Filling roles] also has to do with budget,” he said. “I would like to have, at a minimum this year, about 14 or 15 staff and that is based on the current workload but it is cognisant of the fact that we are very much in those formative stages of development. The budget does not allow for that [staff growth] at the moment.

“I am very conscious of the fact that we are in this COVID environment and there is money that has to be going to other entities, but by the same token in this environment where we have the amount of money that is being pushed out by government, having an agency like this is crucial to making sure those monies go to the most appropriate locations or people.”

Back in March, around three months after it started receiving complaints, there were only five staff members to handle more than 40 referrals.

There are currently 10 employees, including the Commissioner, who must also help prepare for the Commission’s move to their new Kingston headquarters in the next month as the current premises are not fit for purpose.

There are no hearing rooms or suitable locations to store evidence at the current offices in Civic, Mr Hoitink said.

“Our budget is not within a bull’s roar of where Tasmania’s [Integrity Commission] was five or six years ago,” he said.

“An independent agency that has to go to Treasury to ask for funds is not that independent. Funding is one way we would not be able to follow an investigation [so] we need to look at a new funding model.

“Now is the time we need an effective, robust and capable agency. It is all well and good saying we have an Integrity Commission, but it is no good if that Integrity Commission is reduced to a complaints processing organisation because of a lack of budget.”

For more information, or to make a complaint, visit the ACT Integrity Commission.

Why is he smiling?

Elaine Srejic - 7 minutes ago
I thought it was great I used my vouchers in one hour 😊 View
Tara Cheyne MLA - 1 hour ago
Yelin Hung Canberrans had access to three vouchers a day. 30,000 Canberrans used 59,000 vouchers. The average voucher amount... View
Tara Cheyne MLA - 1 hour ago
Cody Savage it was down for 7 days to fix. As a $2 million scheme it injected $5.1 million into the economy, created greater... View
Community 17

Tony Jim - 12 minutes ago
Flanno for sure. BCF have the best and warmest View
Community 47

qbnperson - 22 minutes ago
And don't forget the Blackberry bushes, ACT is no longer the bush capital! It is now the Blackberry capital of Australia full... View
qbnperson - 25 minutes ago
I've always considered Queanbeyan - Best kept secret in ACT. So stop talking about it, we already have too many ACT number pl... View
Business 8

Julie Macklin - 1 hour ago
Carole Ford Not many people cycle for sport. Most people use it for transport. View
News 8

Mark J Avery - 2 hours ago
Try working next door to this dumping ground!! View
Roger Kropman - 5 hours ago
This is a disgrace but it reinforces the point that rubbish dumps / tips should be free to dump your trash, otherwise idiots... View
News 14

nobody - 2 hours ago
JC, I haven’t said we shouldn’t change, I think the subsidised change to roof-top solar, with the numerous small inverter... View
Ol L - 2 hours ago
I foresee a further rise in electricity costs….. View
Bill Gemmell - 3 hours ago
The intention is a noble one. By capturing the excess daytime renewable energy pumped into the system we then have available,... View
News 22

Liv Miller - 3 hours ago
Sure is a wonderful and kind thing to do... People don’t realise that there are homeless women here too. It’s so so cold... View
Rachel Edmondstone - 4 hours ago
Liv Miller what a beautiful heart these people have! These are big, BIG things to women in need 🌻 Well done to the whole t... View
Food & Wine 4

@The_RiotACT @The_RiotACT
It's a program that changes the lives of country kids through education, supporting young people with financial and emotional assistance https://t.co/471mbzeu00 (17 minutes ago)

@The_RiotACT @The_RiotACT
A lack of affordable housing and increasingly desperate would-be tenants has combined to create perfect conditions for scammers in the ACT rental market. Here's what to look out for https://t.co/P3xXhcACC1 (3 hours ago)