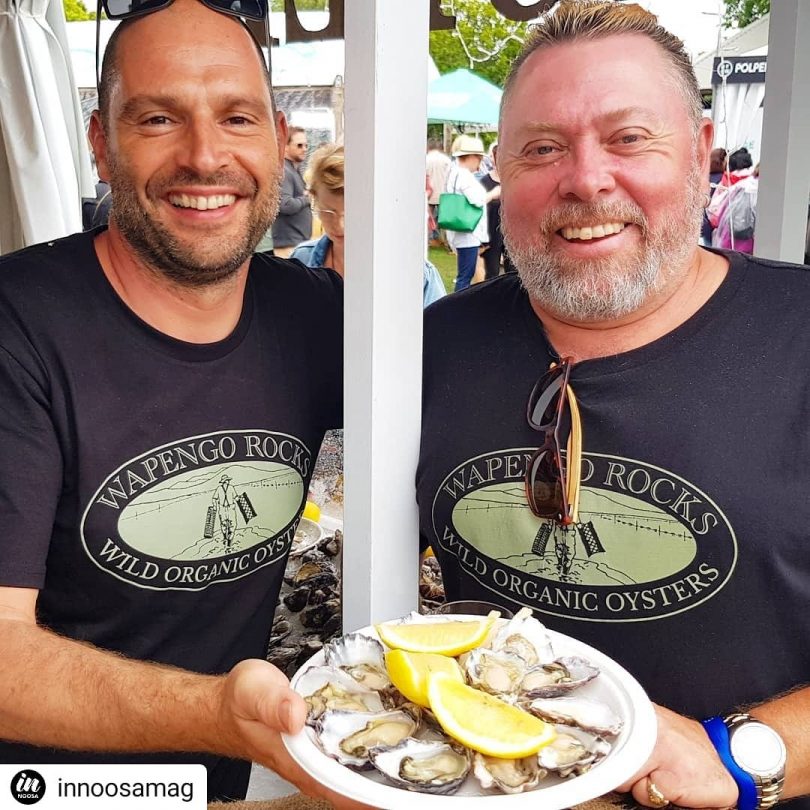 The state winners of the 2020 delicious. Harvey Norman Produce Awards were announced on Monday, 18 May and three Far South Coast oyster producers are winners in the “sea” category.

Mimosa Rock Oysters won for the first time – with The Boxer oyster – while Tathra Oysters were at it again with their 5 Year Old Bistro Grade, and Wapengo Rocks have won the award for the second year in a row with their premium-grade Wapengo Rock Oysters.

The region’s success is due to living and farming in the “golden triangle for Sydney Rock Oysters” according to Shane Buckley of Wapengo Rocks.

“We have the perfect environment for growing oysters, from Bermagui in the north down to the Victorian border,” he says. “They take a bit longer to grow because of cooler water, and they develop a deeper, fuller flavour. Plus, we’re locked up by national parks so we have these pristine estuaries.”

Five years into oyster farming, first-time winner John Blankenstein of Mimosa Rock Oysters is relatively new to the industry and says the exposure that comes from winning is especially appreciated in uncertain times.

“We’ve had several big kicks in the guts this year, with fire and flood,” he says. “I’ve been trying to find a window to sell oysters; it’s not an easy gig. To have the chance to put the Mimosa name in front of six of the best chefs in the country; it’s an opportunity to introduce myself and make those connections.”

It’s no secret that restaurant closures due to COVID-19 restrictions have hit producers hard.

“The produce awards give credit to the producers who care deeply about the product that is served to us,” says delicious. editor-in-chief Kerrie McCallum. “Affected by severe drought, devastating bushfires and now COVID-19 challenges, it has never been more important to support our farmers and producers. They need our help.”

Shane bought his first oyster farm in 2007, and upgraded with the purchase of a second, adjoining farm in 2012. He produces the only certified organic Sydney rock oysters in Australia, which is one reason he attracted two chef nominations for the awards this year, one from Oliver Shaw Carruthers of Cafe Le Monde in Noosa, and one from Sydney seafood guru Josh Niland, who also happens to be a NSW judge for the produce awards. 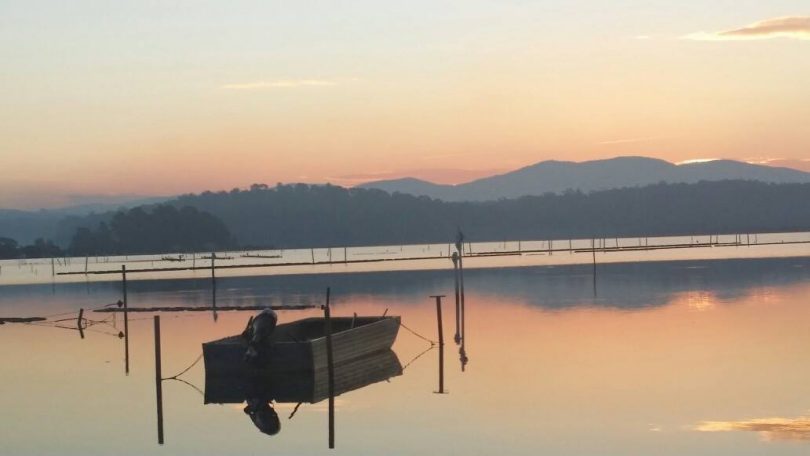 “Despite the pandemic and the challenges we are all facing, this year’s state judging was as exciting as ever,” says Josh. “It made me feel very proud to be part of the Australian food industry.”

While Saint Peter has closed its doors throughout the COVID-19 crisis, along with many other restaurants in Australia, Shane has had some restaurants continue to buy his oysters to use in their home-delivered meals or to sell through a shopfront.

“I have to really honour those suppliers who have found ways of continuing to sell my product, as well as the people all over Australia who have mail-ordered our oysters in bulk, often getting together with friends to share a big order, because they have kept us ticking over,” he says.

However, Shane is operating at about five per cent of his usual sales and, at a time of year when he usually is getting to the end of his crop, he still has a full crop to harvest.

“It’s creating a bit of strain on infrastructure,” he says. “A bit of overcrowding because we’ve got young ones coming up and nowhere to put them.”

Given the current COVID-19 crisis, the delicious. Harvey Norman Produce Awards have operated differently this year, with the state winners’ produce to be tasted at home by the Sydney-based judging panel to decide the 2020 gold medal winners later this year.

“It’s a bit of recognition for the hard work and the labour of love that it is,” says Shane. “It’s pretty humbling that it’s not just me who thinks they’re good – it’s something we can all agree on.”

For more information about NSW Far South Coast oysters, or to order, head to the online stores of Mimosa Rock Oysters, Tathra Oysters and Wapengo Rocks.

Who is this rocking up in my news feed Oliver Shaw Carruthers Carolyn Caroline Collins Carruthers !!!! Nice work!

Phill Martin - 5 hours ago
La Niña was forecast by the Bureau of Meteorology in the middle of last year, so 'summer' was exactly as I had expected it t... View
Capital Retro - 20 hours ago
Given we were told last year's hot, summer weather was the new norm, does this mean this year's coolest summer in 10 years sh... View
Kay Makin - 20 hours ago
Amanda McLean this looks like one of your beautiful water paintings. View
News 67

Graham Byrne - 6 hours ago
I was wondering what all those cameras were about. They are everywhere. But I’d rather see more red light cameras. View
Property 14

JS9 - 7 hours ago
Absolutely agree Brendan. Unlike some on here who seem to see apartments as almost the work of the devil, I don't mind densif... View
HiddenDragon - 8 hours ago
Hooray! - we're one of the richest (on paper) countries in the world with one of the dumbest economies - having dropped from... View
bj_ACT - 13 hours ago
ACT Government should be mandating apartment buildings with 3 bedrooms or large two bedroom units with multiple living areas.... View
News 7

Mike of Canberra - 7 hours ago
Over many years, the only consistency I've seen from the green-left is their apparent dislike of ordinary working people actu... View
News 6

steve2020 - 9 hours ago
The disrespect towards women had been encountered in many workplaces that I had worked in, in Canberra. The irony is that bec... View
jybrik - 16 hours ago
What a thoughtless, demeaning comment. "So, get over it" is a sentiment that we as a society should be fighting against, as i... View
Business 1

Nick Swain - 9 hours ago
Even in the hardest lock down time Green Square was the place to hang out - there was a strong sense of community. Many of us... View
Property 7

Pauline Clynch - 10 hours ago
Oh wow, more apartments...fabulous 🙄🙄🙄 View
Tim Cole - 11 hours ago
How original View
Margaret Freemantle - 13 hours ago
Can we please have some imagination in our architecture? View
Community 25

Bernard - 19 hours ago
Problem ACT Government have with promotions and perceptions (possibly the realities) of conflicts of interest are nothing new... View
Motoring 2

keek - 20 hours ago
Yeah, you basically have to ride like everybody else on the road is trying to kill you. People trying to change lanes on top... View
Lifestyle 29

Jackie White - 20 hours ago
There's always one or two hanging around my place each year, but without fail, they wander into the neighbour's yard and her... View
show more show less
*Results are based on activity within last 7 days

@The_RiotACT @The_RiotACT
What do you think of Allycorn? The giant pink unicorn will grace Canberra's skies as part of the Canberra Balloon Spectacular! Here's where you can catch this fantastic creation, and say hello to Skywhale and Skywhalepapa https://t.co/6Nw9532xSJ (8 hours ago)

@The_RiotACT @The_RiotACT
With a long weekend coming up in the ACT, there’s lots to see and do in Canberra as Enlighten gets into full swing https://t.co/FoK8puPWeE (10 hours ago)

@The_RiotACT @The_RiotACT
The ACT Coroner found difficulties with staffing, and insufficient staff education were two of many factors that contributed to four deaths at Canberra Hospital in 2015 and 2016 https://t.co/e9DTYUNM6v (12 hours ago)