Tigerair MEL-CBR flights on sale from $19 from noon 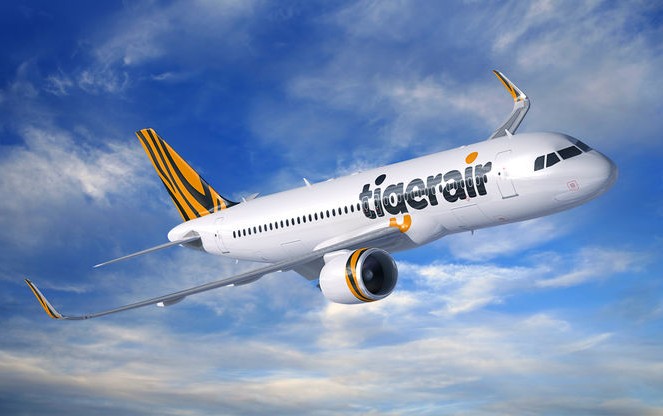 The birthday sale runs for three days with new fare offerings over different routes coming online at noon tomorrow and on Friday.

Tigerair returns to the Canberra market with a Melbourne service on December 8.

Tigerair Australia Head of Communications Vanessa Regan said Tigerair Australia had come “such a long way in nine years” and was “very proud to be Australia’s most on time low cost airline coupled with the lowest cancellation rate of all the major domestic airlines, since January 2015”.

*Sale fares available from midday AEDT or until sold out between Wednesday 16 and 19 November 2016. Limited seats and select routes apply daily. Fares on sale are one way and checked baggage is not included. Travel period and conditions apply see www.tigerair.com.au for details.
About Tigerair Australia

• Tigerair first commenced operations in Australia from Melbourne in November 2007.

• Seven of Tigerair’s 14 x A320 aircraft are based at Melbourne Airport Tullamarine.

• Two A320 aircraft are currently based in Brisbane. This number will rise to three in March 2017.

• Tigerair’s third Australian base is in Sydney where five A320 aircraft are based.

• A fourth B737 will join the fleet in coming weeks to be based in Melbourne from December 2016.

• Tigerair Australia currently has 19 domestic routes (21 with the addition of new routes Brisbane – Whitsunday Coast and Brisbane to Perth launching in 2017) and the airline flies to 12 domestic destinations across Australia.

• Tigerair Australia recently commenced its inaugural international services from Melbourne, Perth and Adelaide to Bali in March 2016. Tigerair flies return to Bali from Melbourne and Perth daily, while the airline operates five weekly return services between Bali and Adelaide.

• In the past 18 months, Tigerair Australia has achieved significantly enhanced on time performance, industry lowest cancellation rates and customer satisfaction service levels that are stronger than ever. Tigerair has introduced numerous product enhancements and innovations over recent times to make booking and flying Tigerair better than ever including a new-look website, mobile app and booking and check in system.

• From Brisbane, Tigerair flies to Melbourne, Sydney, Adelaide, Cairns and Darwin. The airline recently announced two new routes from Brisbane – Perth and from Brisbane – Whitsunday Coast which commence in 2017 and are on sale now.

• Tigerair has flown well over 21 million passengers in Australia since operations commenced in Australia in November 2007.

• Tigerair employs over 1,100 people in Australia including cabin crew and pilots and through ground handling and maintenance partnerships.

• Tigerair Australia currently operates over 400 domestic flights per week, with around 72,000 seats per week available.

• Tigerair Australia is now operating from the new-look Terminal 4 in Melbourne providing a significantly enhanced customer experience at the airline’s busiest port.

• There are regular travel sales deals with Tigerair. One way to be kept informed about news and special offers direct from Tigerair is to sign up to the free e-newsletter and infrequent flyer club on the website homepage or by becoming a fan on Facebook.

• There is no big secret to securing the best value deals with Tigerair – generally the earlier you buy your flight, the more you can save. We recommend that you plan ahead and book early to guarantee great value fares. As demand increases closer in to the travel date, generally so does the cost of the flight.

I went to the website looking for a cheap fare to the Arnold Classic in March. Just the normal $99.00 fare. Nothing to see here…

HiddenDragon - 7 minutes ago
It's not minority government - it's a coalition, with Labor too often following the Greens down the rabbit hole, and the Gree... View
Acton - 3 hours ago
Do you remember Pitch n Putt at Woden? A popular community recreational area. Now derelict and set aside for apartments.... View
JS9 - 4 hours ago
While not a perfect system, its far better then many of the alternatives. View
Property 11

maxblues - 6 hours ago
If you can’t get enthusiastic about the ACT election, take out a few of your recent rates notices and stare at them for a w... View
Acton - 12 hours ago
I know it's hard to change when one has been voting in the same party for 19 years but when the facts change, I change my opi... View
Acton - 12 hours ago
Being too religious and right wing, whatever that means, is a claim frequently made by Labor/Greens of the Liberals, but with... View
ACT Election 1

maxblues - 6 hours ago
Ban political corflutes like they have in South Australia. View
Lifestyle 1

steve2020 - 7 hours ago
It takes an appreciation of cultures to create a thriving arts community. Looking at the most culturally renowned cities, the... View
ACT Election 106

chewy14 - 10 hours ago
Capital Retro, Firstly, most of the interest rate cuts happened well before the current crisis, so you can't just claim your... View
Brenton Higgins - 11 hours ago
Joshua we’ve had two elections on that already. Canberra decided. View
Jayne Denise - 12 hours ago
Sean Bishop I am a reformed anti-tramer. Northborne is so good now with less cars and less buses. 👌Coincidentally, I work... View
ACT Election 33

@The_RiotACT @The_RiotACT
More people in the community have likely been exposed to COVID-19 than first thought, according to blood tests conducted by researchers at the ANU https://t.co/oNYMAnzO81 (36 minutes ago)

@The_RiotACT @The_RiotACT
Clementine Restaurant in Yass is a popular destination for many Canberrans, but its owners have listed the venue for sale as they switch their focus to Clementine Bakery https://t.co/XmTSMGUQLb (2 hours ago)

@The_RiotACT @The_RiotACT
Can you name a sport you can participate in from age five to 85? @AthleticsACT has something for people of all ages https://t.co/vroIpngKVM (3 hours ago)