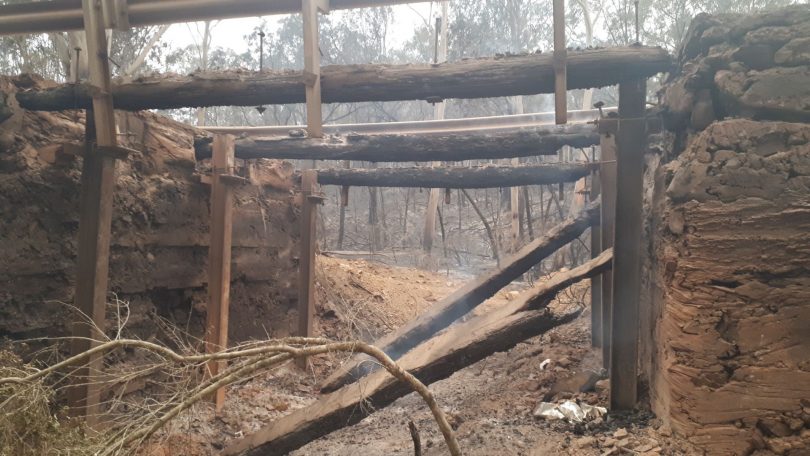 Eighteen bridges in 18 months – that’s the lofty target Eurobodalla Shire Council’s works department has set itself in the wake of the past summer’s devastating bushfires.

To put the scale of the rebuilding project into perspective, constructing one bridge would usually take 20-26 weeks.

Many of the shire’s small communities were isolated after the bushfires damaged or destroyed 18 timber bridges across the Eurobodalla, at a cost of about $8 million.

Council engineer Lew Oldfield said most of the bridges were west of the Princes Highway and provided essential access for rural property owners.

“Our initial priority was to restore access and it was all hands on deck to undertake temporary repairs and build side tracks where we could,” he said.

“We are now focusing on permanent solutions. It’s a massive undertaking but we’re making solid headway.”

Six months on from the bushfires, the council team has finished restoring four bridges, has contracts let for a further three, and has two out for tender. 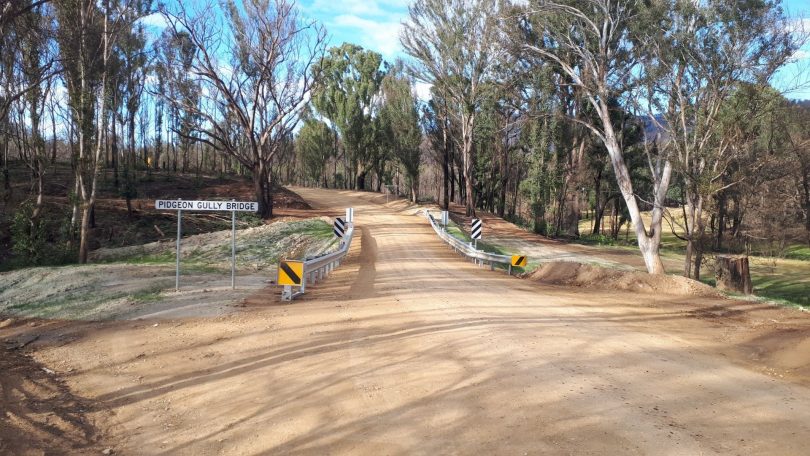 A temporary side track was built at Pidgeon Gully Bridge, on Araluen Road, while the bridge was replaced with concrete box culverts. Photo: Supplied.

“We are also building modular bridges, which comprise components that are manufactured off site and then just put together.”

READ ALSO: When RFS truck rolled, there was no communication Mr Oldfield said work on four bridges at Araluen, Wagonga, Belowra and Nerrigundah was now complete, with a footbridge at Rosedale to be finished by council staff at the end of the month. Work on two tendered bridges is likely to start in September and be complete by October.

With favourable weather, Mr Oldfield hopes council will complete 12 bridges by Christmas and have all 18 repaired or replaced by late 2021.

The work is funded by the Commonwealth and NSW Government’s combined Disaster Recovery Funding Arrangements.

Melissa Wells - 3 hours ago
Ben was one of my teachers at Melba High in 2004/5. Such a genuine and caring teacher! Had no idea about this, but when is a... View
Sophie Stoddard - 6 hours ago
Taught me maths for a bit. 👌🏻👌🏻 View
Rory Wadwell - 7 hours ago
Stephen Wadwell you were very fortunate to have him as a mentor for your refereeing. View
News 67

Shirley Walsh - 3 hours ago
Congratulations Ricky View
Mario Vozella - 4 hours ago
Nice work mate 👍 View
Katrina Garrety - 5 hours ago
A very big congratulations to u Rick and ofcourse Kaylie too ..u no how the saying goes ..behind every great man is an even g... View
News 7

Lori J Tas - 5 hours ago
Bet the ALP wont do anything either 😒 View
Geoff Richardson - 6 hours ago
Maybe instead of wasting half a billion taxpayer dollars on an unwanted upgrade to the war memorial, those funds could be bet... View
Dave Wilkinson - 6 hours ago
Don't we have a brand new huge national archive in Mitchell...? I worked on its construction with Kms of compactus. View
Opinion 11

HiddenDragon - 6 hours ago
So the light rail terminus (and the pretty lights in the trees) haven't done the trick with all that "activation" and "enlive... View
JC - 6 hours ago
60m a year (cost of lightrail) doesn’t go that far. Some seem to think it’s a magic pudding. View
May Mac - 7 hours ago
If the Sydney and Melbourne Buildings could be constructed in separately owned sections which created the beautiful buildings... View
Community 44

chewy14 - 9 hours ago
JS9, I agree and it's this sort of rent seeking that does a disservice to what they are trying to achieve. It's actually also... View
show more show less
*Results are based on activity within last 7 days