Toddler stuck in a drain 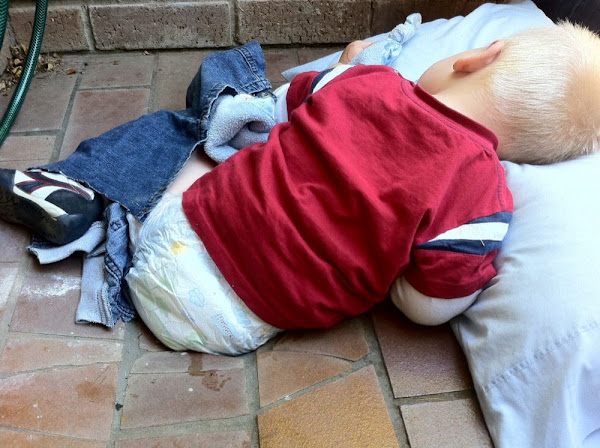 Firefighters have been forced to remove plumbing pipe from under a house at Holder today to rescue a toddler who’s foot became trapped.

The ACT Fire Brigade responded with two crews to the Pearson Street after receiving and emergency triple zero call just after 11:30 this morning.

Firefighters arrived a short time later to begin the delicate rescue by climbing under the back of the house and digging up the pipe he was stuck in.

After gaining access to the pipe and maneuvering the boys foot firefighters were able to lift him free.

The boy went to sleep during the over 30 minute delicate rescue and did not completely wake up when he was removed from the drain.

He was checked over by ACT Ambulance Service intensive care paramedics and given the all clear. He has been now put to bed to continue to sleep off the ordeal.

Good job rescuers, but has the ESA learned nothing from the Mitchell fire washup? Seriously, can they not engage someone with mastery of the English language to write their releases?

Poor little kid – sounds like a good result all round.

Is this fair dinkum, or are you just pulling my leg?

Now he’s fine and safe, and has 16 or so years of peace left before this incident resurfaces at his 18th birthday party. By then it will be a joke even for him.

What a wonderful image and it also protects the little boy’s privacy.

Good work by the firey’s well done fellas. If the kid managed to fall to sleep whilst they were working then they must have been doing something right. Good news story. Hope the parents enjoy a stiff drink tonight, must have been pretty traumatic for them as well.

Poor little fella. With so many tragic stories about toddlers lately it’s good to have one with a happy ending.
Well done firies

Suprisingly our drain cover just lifts right off, is this supposed to happen?

Michael Cameron - 2 hours ago
Bill McIntyre Wrong,, our systems are more closer to the pig! View
Valerie Foster - 3 hours ago
Because they just can’t mind their own business as we don’t try to force them to eat meat. View
Dean Newman - 4 hours ago
Geoff Langridge so do plants, even more than animals. You won't believe science anyway. Plants, seeds can feel think about th... View
News 26

Elysha Fordham-Young - 4 hours ago
Where is the Waramanga one please? I can't find it. View
Business 8

Chris Sherlock - 5 hours ago
Jorge Gatica i suppose you’re one of those people who thinks that road levies pay for roads. You know it all goes into the... View
Aloysius Devander Abercrombie - 5 hours ago
i think i get her point, something isnt perfect and theres some way its technically "not green" so bugger it lets all go back... View
Les Rice - 6 hours ago
Canberras electric is not 100% renewable....it was 100% renewable one afternoon a month ago for 2hours......The solar doesnt... View
Sport 7

Archie Mac - 13 hours ago
My uncle told me in climbed the fence as he couldn’t afford to pay. Said he walked in just in time to see Bradman walking o... View
Louellyn Violet - 1 day ago
How about the Giants playing in the snow? View
News 23

Lucian Burca - 22 hours ago
Elizabeth McLennan in the last 6 years while I was flying with Qatar and Emirates it was metal cutlery on board. View
Opinion 4

As COVID-stranded travellers continue to return home, Canberra is doing its bit by taking two planeloads of returnees this week....
Opinion 43

We're all in this together. That's been the mantra for 2020 - the year that's brought almost every catastrophe to...
News 26

Stuck in the mud – firefighters rescue plumber from sticky situation

@The_RiotACT @The_RiotACT
In this week's Probing the Polls, we're asking whether you think the ACT should have more consistent speed limits. Vote in our poll to have your say https://t.co/6xAEF1iEcC (58 minutes ago)

@The_RiotACT @The_RiotACT
There's a big week ahead with TEDxCanberra, a trading car fair, a car show, and the return of Sunset Cinema among the events on offer https://t.co/c6zON8V2x6 (2 hours ago)

@The_RiotACT @The_RiotACT
The ACT Inspector of Correctional Services has detailed a litany of failures in the Court Transport Unit, including unsafe vehicles https://t.co/XwMckH6O4m (4 hours ago)