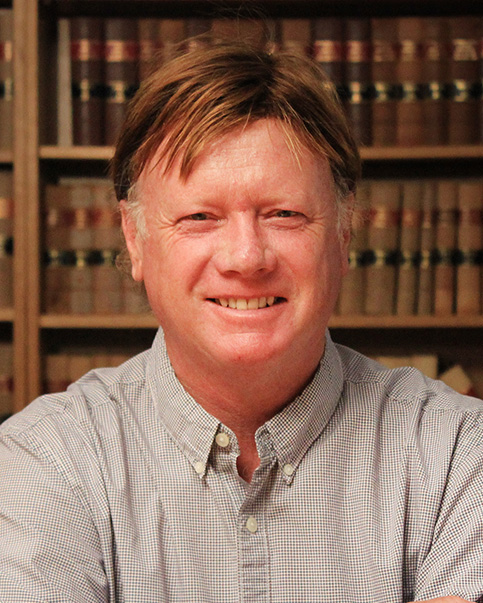 Professor Thomas Faunce was a leading contributor to the Law and Medicine faculties at the ANU. Photo: ANU.

One of Canberra’s great intellectual contributors, Professor Thomas Faunce, has died suddenly over the weekend at the age of 61. An ANU law professor and former intensive care doctor, he was the son of Dr Marc Faunce, who was head of Royal Canberra Hospital and consulting physician to five Australian Prime Ministers and six Governors-General.

Thomas Faunce was an expert in health law, bioethics, nanotechnology, the environment and international trade, and held joint appointments in the ANU College of Law and the ANU Medical School. Beyond campus, he also practised medicine and law and had won five Australian Research Council Discovery Grants.

Paying tribute, the ANU’s vice chancellor Professor Brian Schmidt said that Professor Faunce’s research reflected his incredibly diverse background and was at the leading edge of health, science and law. “His research tackled some of our biggest challenges, including climate change and food security,” Professor Schmidt said.

“Tom represents all the very best qualities of our great university. Research that forges new knowledge. Teaching that empowers and inspires. Outreach and engagement that shapes society for the better. He was always sharp of mind, and did not shy from asking the most complex and challenging questions; more often than not developing robust and potent answers.”

Most recently, Professor Faunce had researched how nanotechnology could help solve public health and environmental problems, including examining how artificial photosynthesis could enable every road, house and vehicle on the earth’s surface to make renewable fuel and fertiliser.

He founded the 20-year multidisciplinary course in Health Law, Bioethics and Human Rights, was one of the founding faculty members for the ANU Medical School and was instrumental in designing, delivering and leading the School’s Professionalism and Leadership theme.

An ANU honours graduate in Arts and Law, he completed his medical degree at Newcastle University and worked as a judge’s associate for Justice Lionel Murphy on the High Court, a solicitor in some of Australia’s top legal firms, including Mallesons and Freehills and was also a junior doctor and intensive care registrar in Wagga Wagga and Canberra.

The Faunce family have deep roots in the Canberra Monaro region: Professor Faunce’s great-great-grandfather, Alured Tasker Faunce, was the first resident police magistrate of Queanbeyan, Molonglo, Gundaroo and the Monaro in the 1830s. His great grandfather was the Reverend Canon Alured Dodsworth Faunce, who served in the Goulburn Anglican diocese at St John’s, Bega and St Clement’s in Yass, while his grandfather fought with Ryrie’s 2nd Light Horse Brigade at Gallipoli, Beersheba and Romani.

“He was an incredible and important part of our community for almost four decades. We thank Tom for everything he has given us. He leaves a powerful legacy. Most of all, he will be missed dearly,” the vice-chancellor said.

So sad. A wonderful human being from a very respected family. A great loss

So very sad. Tom, you will be missed.

Annette Costello FYI. Such sad news, condolences to the family

His son Blake has been such a trooper, displaying maturity that would make both parents proud. The team at Cricket ACT, all coaching and managing staff, have been absolutely amazing.

A Law Professor and Doctor! Such a sad loss for our community, condolences to the family

R.I.P Thomas Faunce. It was an honour to have met you. Condolences to your family from members of the CWA Queanbeyan Evening Branch. 🕊

So young- a great loss of his years to come, for Canberra and the nation.

George Huang was he the one that did the meditation at the beginning of each lecture?

I am so shocked and what a loss. A great bloke was very sharing and a true professional. So sorry to family friends and ANU folk.

Patricia Rousell my medical law lecturer when you went with me.

austted - 36 minutes ago
There is a good reason why our early settlers planted deciduous trees near their houses. We need to get away from this myth t... View
TimboinOz - 4 hours ago
We have three gum trees close to the street - probably in TCSS's area, and I wouldn't be without them. Yes, there's a risk. View
News 33

phydeaux - 37 minutes ago
I doubt the present value of the QR system compared with its original use, although I am extremely confident it never did hav... View
phydeaux - 47 minutes ago
TheSilver, I recall you have previously been asked for the references for those studies but I do not recall seeing a response... View
jorie1 - 1 hour ago
I disagree with you. The governments over-reacted and there will be a big backlash against them for the way they have mistrea... View
News 230

Jimbo Lambert - 1 hour ago
Justo Justo some people have driven that stretch of road for 30 or 40 years at 60km/h. If they suddenly reduce the limit it i... View
Dean Soccol - 2 hours ago
Nathan Grieve in Queensland every time we get a fine we lose points. So if you are one of those that don’t care about the m... View
Nathan Grieve - 3 hours ago
Andrew Nelson not every offence comes with demerit points, so unfortunately that statement is incorrect View
Community 8

@the_riotact @The_RiotACT
Extension of support for #Canberra businesses - especially small #businesses - is welcome, but will it be enough to keep them from disappearing? Local experts have their doubts https://t.co/o4s1D2OGsv (59 minutes ago)