A section of the Torrens development along a fence line. Photos: Fiona Carrick.

The dual occupancy development under construction in Darke Street in Torrens highlights a raft of planning issues and raises questions about the future outcomes-based planning system.

Let it be said that the developers have done nothing wrong. The planning authority approved the original DA, and the amended DA for adding pools, decks and screens was exposed to public comment for a month. The rest is now up to the planning authority.

The developers are merely exercising their rights to propose what they see as allowable under the planning rules to make a profit. That is legitimate and part and parcel of the Canberra property industry, which provides homes and drives much of the economic prosperity we all benefit from in this town.

Indeed, it will add a further dwelling to the Woden Valley when Canberra is facing a housing crisis, and part of the solution is seen in getting more value out of large suburban blocks.

But given the scale of this development in relation to its neighbours – as can be seen in the photos, even if you take the scaffolding into account – and how the ground floor somehow sits above the fence line, one wonders how it was approved.

It shouldn’t be up to residents to always raise the red flags for a development to be properly scrutinised, and as happens, what something looks like in the plans may bear little resemblance to what actually is built.

Views are gone and the level of overlooking and shadowing must be of concern.

The development has already taken out most of the block and the pools (in blue) will swallow what’s left of the backyards.

As a Mr Fluffy block, there is no issue about it being a dual occupancy, but things such as private open space, plot ratios and building height appear to be “flexible” in many of these developments.

Variation 369 to ensure tree canopy and permeable spaces takes effect on 1 September, but with the addition of the pools and decking, this development is hardly in the spirit of moves to maintain green spaces in neighbourhoods.

Landscaping is promised, but with the block virtually built out, there will be little room left for anything of note, exacerbating heat retention and storm run-off.

The addition of the pools also raises questions about how developers can submit amended DAs that involve significant changes after the first one has been approved, instead of the entire project being assessed as a whole, which is what the neighbours have to live with.

The less onerous rules for Mr Fluffy blocks allowing dual occupancies are also making their impact felt in suburbs as fresh developments rise from these sites.

What that means in the end for suburbs where there were many Mr Fluffy blocks remains to be seen, but calls for a review of the effects have merit if the character of neighbourhoods has any heft in the planning system.

Finally, these kinds of large suburban developments that emerge under the current rules-based system only serve to fan community fears about what will happen when the ACT moves to a more flexible, outcomes-based regime.

Considering the number of submissions on the proposed planning changes that worry about their generalised and vague terms, those fears are justified.

Urban infill is here to stay and Canberra needs more homes in established suburbs but that shouldn’t come at the expense of good planning, the green space and trees needed to keep us cool, and the views that sustain our mental health and neighbourliness.

For too long, the planning system has said one thing and delivered another. It needs to start walking the talk.

People who relish high density living should choose to live in another State or Territory where its the norm – don’t apply other states eyesores to Canberra’s open spaces and large blocks.

The Planners have never cared about the look of buildings, just tick all the boxes for rules regulations setbacks etc.

The problem is we have a planning system in the ACT that approves everything and residents do not have the funds available or the time to fight these planning decisions in court. Hence the ugly new development that we have going up everywhere. Forget green space it’s a thing of the past.

What an eyesore for the neighbours. If you want to live that close to some stranger get an apartment🙄

We can’t have a population that doubles every 20 years and keep large blocks in the older suburbs.

The law is the law. Do not chastise developers who are simply using the system legally. Fight the planning/development application rules, otherwise, sit back and admire progress.

So after 12 months of construction disruption from deliveries, machinery operating long hours, blocked driveways and constant yelling and swearing the residents of this previously quiet cul de sac have this to contend with.

If it has indeed been lawfully designed and approved, I guess it is what the market demands. Is it within the community expectation?

The next question I have is “how is it going to co-exist with the existing dwellings?” My best guess is it is probably the template for the rest of the street over the next decade as the residents move on. 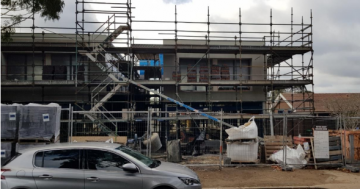 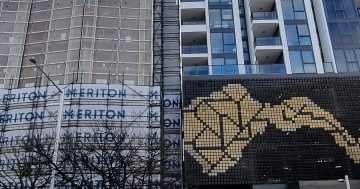