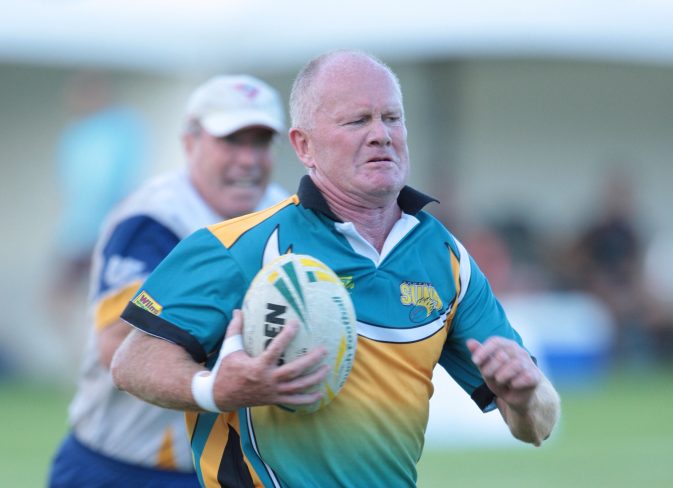 Even after more than three decades in the game, Garry Lawless is still playing the sport he loves. Photos: Supplied by Touch Football Australia.

There aren’t too many times when a sportsman can be grateful for a broken leg but for touch football legend Garry Lawless, the shattered fibula in his left leg was the catalyst for taking up a sport that saw him travel around the globe and be inducted into halls of fame.

Lawless, who is widely regarded as one of Australia’s best ever touch football players, will be inducted into the ACT Sport Hall of Fame on 30 November after a career that included representing his country 53 times.

Lawless broke his leg during a freak accident at an Aussie Rules match in May 1981 and only eight months later was playing touch football for the ACT at the National Championships.

“When I started playing touch footy when I was 19, it was just another sport to play but as the years passed a genuine love of the game developed,” he shared. “I was socially introduced to the game just through work when the sport was in its infancy.

“The sport had only been around for six years so the game was still developing and the rules changed significantly. We used to play on full-length rugby fields and with eight players, so the game has come a long way since then.” 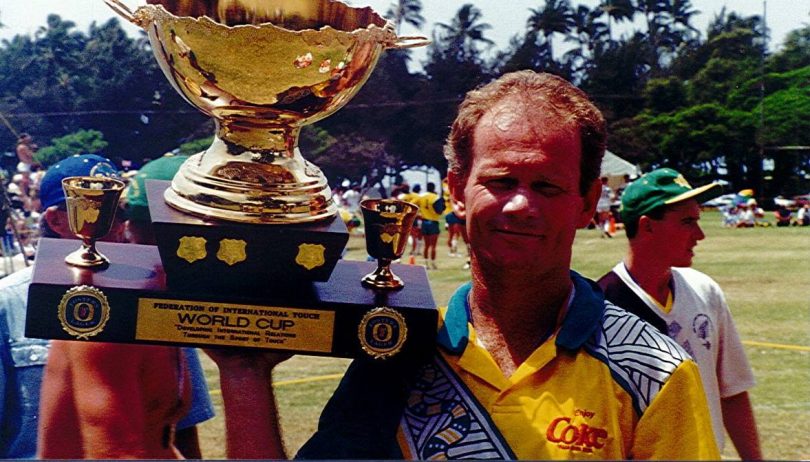 The Canberran went on to write his name into the history books, scoring the first touchdown in Australia’s very first international touch football match against New Zealand in 1985 and being named in the World All-Star side in the first World Cup in 1988.

He played in five World Cups, was awarded the Australian Sports Medal in 2000 and was inducted into the Touch Football Hall of Fame in 2007. But none of these comes close to his proudest accolade.

“When I look back across the 53 games I have played for Australia, I never played in a losing side,” Lawless told Region Media. “I am really proud of that but I played in a team that wasn’t just me so I have to thank my team for their help in that record.”

Lawless will have a lasting legacy in touch football, being a representative for the sport and becoming the first touch player inducted into the ACT Sport Hall of Fame.

“I am extremely proud of the fact that the sport – which we used to call a non-profile sport – we have managed to give it some legitimacy as a fully-fledged sport that you can pursue a career in. That would be a nice legacy to have.”

Even after the countless games he has played, Lawless is still playing the sport he loves. He recently returned from the Pan Pacific Masters Games up on the Gold Coast, where he played in the over 55s division with old friends.

“The Pan Pacific Games are on every two years and it is a great chance to catch up, have a run around have a bit of a laugh,” he said. That’s what the sport is about after all.” 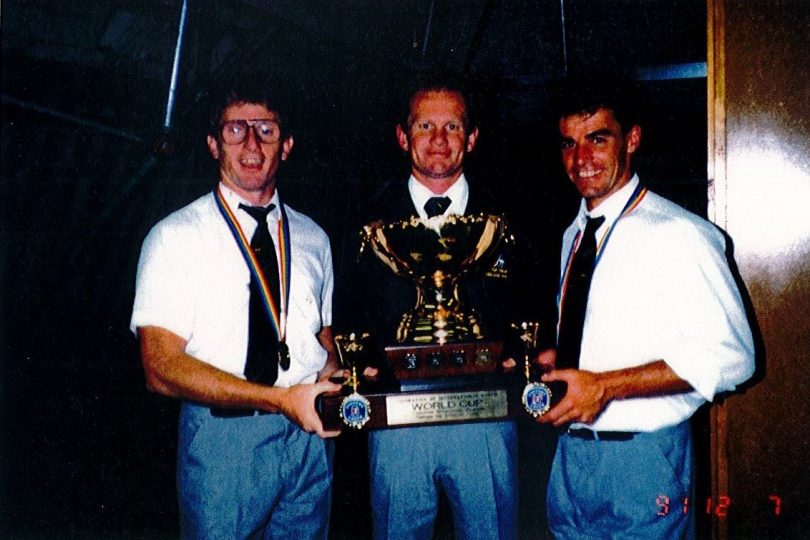 Lawless will have a lasting legacy in touch football.

chewy14 - 25 minutes ago
Jorie, Why would I imagine such a thing when it isn't close to reality? As I've said above, the vast majority of people aren'... View
jorie1 - 1 hour ago
Assume there are 300 rental properties in Canberra. And 3000 people looking for a rental property in Canberra (these Canberra... View
Ophellia Knobbs - 2 hours ago
Banning short term/Airbnb in certain areas like Civic & surrounding suburbs would. View
Lifestyle 1

protea - 28 minutes ago
Sadly, the machinery shed can be one of the most dangerous parts of the farm - apart from the dam. View
Sport 17

Finagen_Freeman - 29 minutes ago
If we have to pay at the Hospitals then we sure as hell should pay at a sporting / recreational venue. Oh, we don’t pay at... View
purplevh - 51 minutes ago
Being a place that helps maintain a level of fitness in its users it's cost is most likely offset by the health benefits and... View
purplevh - 55 minutes ago
Paid parking out there? Can't the ACT government come up with better ways to raise revenue other than constantly slugging the... View
Opinion 267

Alan Vogt - 47 minutes ago
Rego for cyclists is a furphy. The link below shows the top five reasons. The vast majority of cyclists already pay rego (the... View
Valerie Merritt - 54 minutes ago
Alan Vogt we still pay fees for cars on roads, cyclists should at least be registered and pay something towards the network o... View
News 1

assiduous - 1 hour ago
It speaks volumes that the ACT government has set themselves up as a landlord here. Expensive housing is a problem largely of... View
Sport 1

@the_riotact @The_RiotACT
#International air #travel will look very different when Australia’s #borders fully re-open after the pandemic-induced downturn. Here's what the future could look like https://t.co/BwWOBDRVJY (45 minutes ago)