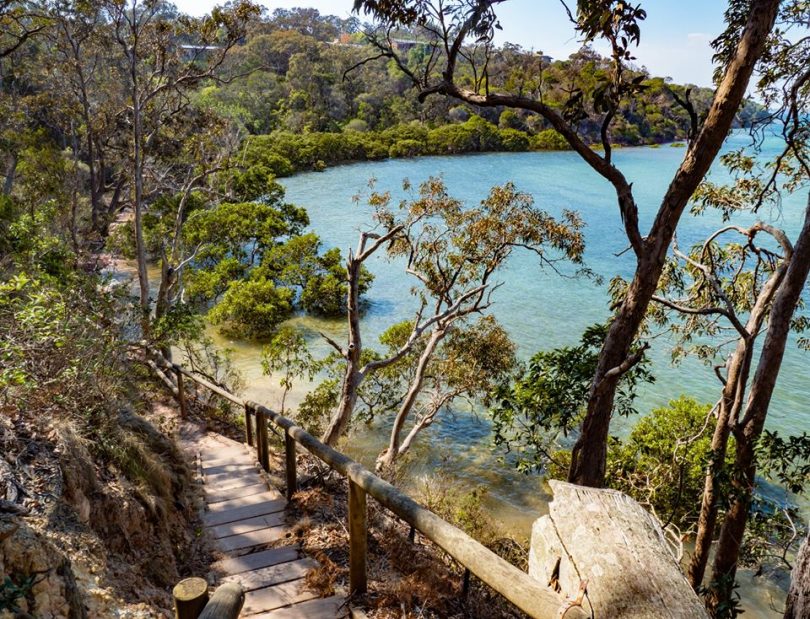 The NSW Rural Fire Service lifted the fire-related tourist ban over the weekend, giving the all-clear for holidaymakers to return to coastal areas of the Shoalhaven, Eurobodalla and Bega Valley which have been impacted by fires.

But while tourists are encouraged to come back to coastal towns, all National Parks in the South Coast and Far South Coast remain closed while staff assess the damage and, in some cases, continue fighting active fires.

National Parks and Wildlife Service (NPWS) South Coast Branch Director Kane Weeks said many of the parks had been closed to the public for some time, even before active fire was in the region, due to dryness and the risk of fire.

READ ALSO: The best hotels and resorts on the South Coast

The south section of Ben Boyd National Park has been impacted by fire, visitor facilities have been damaged and fire suppression operations still continue in the park.

For parks no longer impacted by fires, National Parks will complete tree assessments on campgrounds and inspect the condition of the roads before they are opened, with visitor safety the priority. 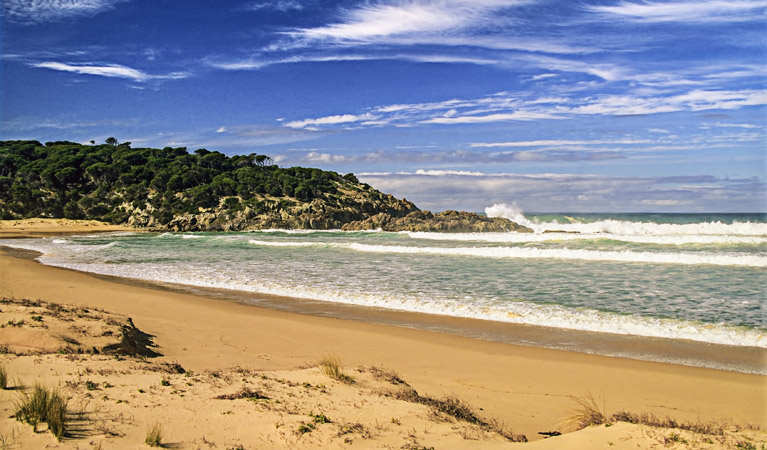 Manager of Economic Development at Bega Valley Shire Council Daniel Murphy says that despite there being limitations to what tourists can do due to Park closures, those who have a history and love for holidays on the Sapphire Coast can make a meaningful contribution to the region in the wake of the bushfires.

“Our message to future visitors is to keep us in your thoughts over the coming weeks and months as you plan your holidays,” he says.

“We are staying close to our local tourism operators and other small businesses in the region, ensuring they have the support they need as they manage the financial and emotional impacts of lost revenue during a traditionally buoyant time.”

While a number of national parks on the south coast are not directly fire impacted, they will remain closed while NPWS staff are heavily involved in fire-fighting.

READ ALSO: The best restaurants and bars on the South Coast

Mr Weeks says that NPWS is a key support agency for bushfire response and has more than 1,000 trained firefighters who work with the RFS and NSW Fire and Rescue.

Meanwhile, NSW Police have asked visitors to respect the privacy of residents who have lost homes by avoiding fire-affected areas.

They ask that visitors don’t become ‘fire tourists’ and to remember that just because a building is burnt, it doesn’t mean it’s not still someone’s home and property.

There are still fires burning along the coast and RFS Inspector Angus Barnes says that weather conditions are changeable so tourists should stay up to date with fire conditions using the Fires Near Me and Live Traffic applications.

NPWS aims to have national parks not impacted by fire open in the coming weeks, as soon as they have available staff.

If you’re keen to support fire-affected towns, visitors are requested to take an #emptyesky and purchase perishables from local businesses along the way.

Maya123 - 1 hour ago
I see plenty of cars left on verges at the end of the car trip, and they take up more room :D View
Alan Fish - 2 hours ago
The most annoying transport type in the ACT is the average ACT driver. View
Ian - 2 hours ago
While I see plenty of under-age and helmetless riding of scooters, I can't say I've seen much irresponsible riding. My only r... View
News 59

chewy14 - 3 hours ago
Capital Retro, Except all evidence at present is to the contrary. The only large scale batteries connected to the grid are ma... View
Opinion 8

Brian Evans - 3 hours ago
I live in an Enrico house and it is, day to day a wonderful experience. View
Food & Wine 18

Jenny Tran - 4 hours ago
Natasha Wilson we coooooould... View
Carleen Jones - 6 hours ago
Any gluten free options? View
Natasha Wilson - 7 hours ago
Jenny I feel like we need to give it a second chance? 😂 View
News 3

dolphin - 6 hours ago
you're wrong o1l. this issue is one of demand and supply not local taxes. View
I am a Rabbit™ - 8 hours ago
The ACT already has the highest average yields after costs out of all capital cities. Basic economics will tell you that rent... View
show more show less
*Results are based on activity within last 7 days

@The_RiotACT @The_RiotACT
Readers are evenly divided over new plans for annual dog registration. Do you think people should stay in public housing long term, or make way for those with more urgent needs? https://t.co/vOwRvSCjIt (3 hours ago)

@The_RiotACT @The_RiotACT
Along with #AnzacDay events for the long weekend, there's plenty happening all week to keep you occupied https://t.co/sPy9XaXww0 (5 hours ago)

@The_RiotACT @The_RiotACT
The ANU is offering to use its residential facilities as a quarantine for returning Australians and up to 3000 international students after the ACT yesterday ruled out taking further repatriation flights https://t.co/bTvrXZMti7 (7 hours ago)