Track and feel: Andrew Leigh reflects on how sport can make society a better place 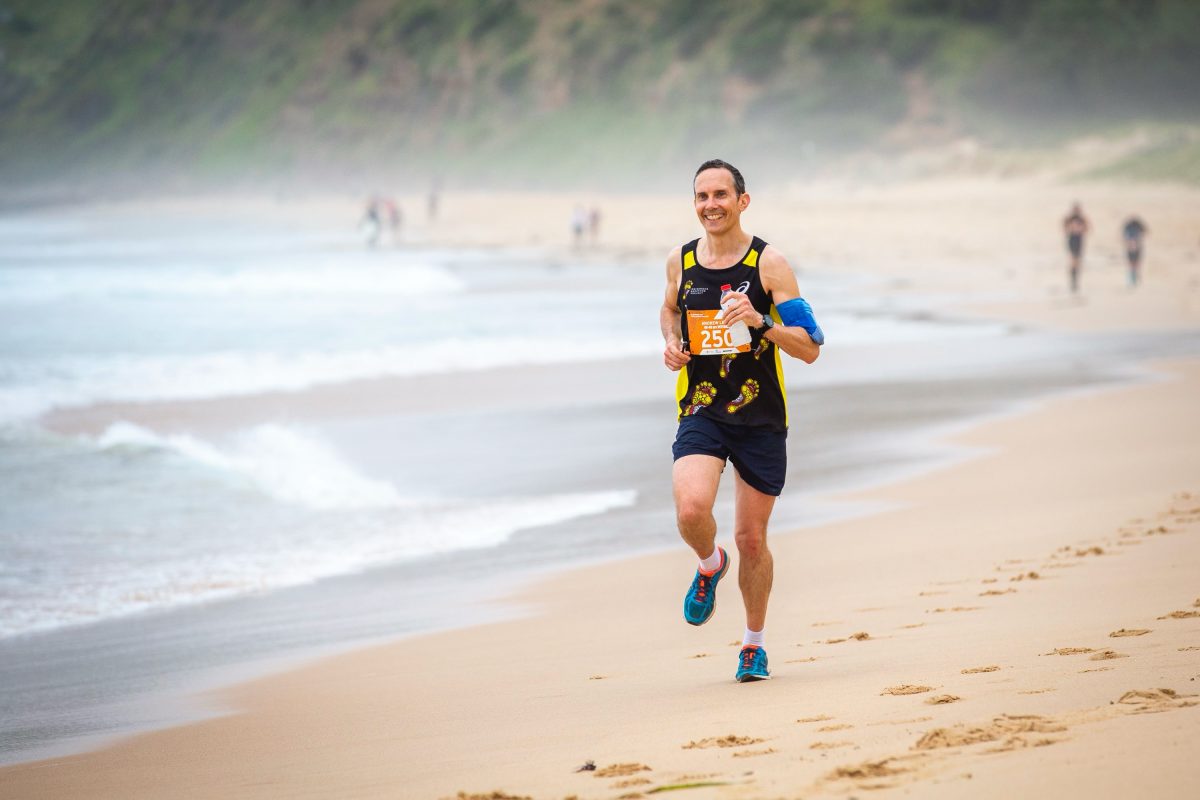 Dr Andrew Leigh is better known for his role as Federal Member for Fenner than as an author and athlete.

Recently though, he has released a publication entitled Fair Game: Lessons from Sport for a Fairer Society & a Stronger Economy.

The book allows Andrew to explore two of his great passions in life – running and economics – as he reasons why the economy could benefit by adopting the positive traits of sport.

He draws from our nation’s sports achievements and narrative, as well as stories from his own sports experiences, and juxtaposes these with our country’s economic performance. He explores the underlying values exposed through both sport and the economy.

To honour his late grandfather, for example, Andrew ran 100 kilometres through the forests around Canberra. It was a fitting tribute to someone so influential in Andrew’s life.

His grandfather, Methodist minister Keith Leigh, had celebrated his 50th birthday by running 50 miles (80 kilometres) from his home in Rosanna, in Melbourne’s north-east, to Mount Dandenong. He undertook this run to call on his mother at a retirement home. Once he had visited her, he turned around and ran home again.

Keith Leigh died in 1970. He was only 58 years of age. He died while running up Mount Wellington in Hobart to raise money for overseas aid. 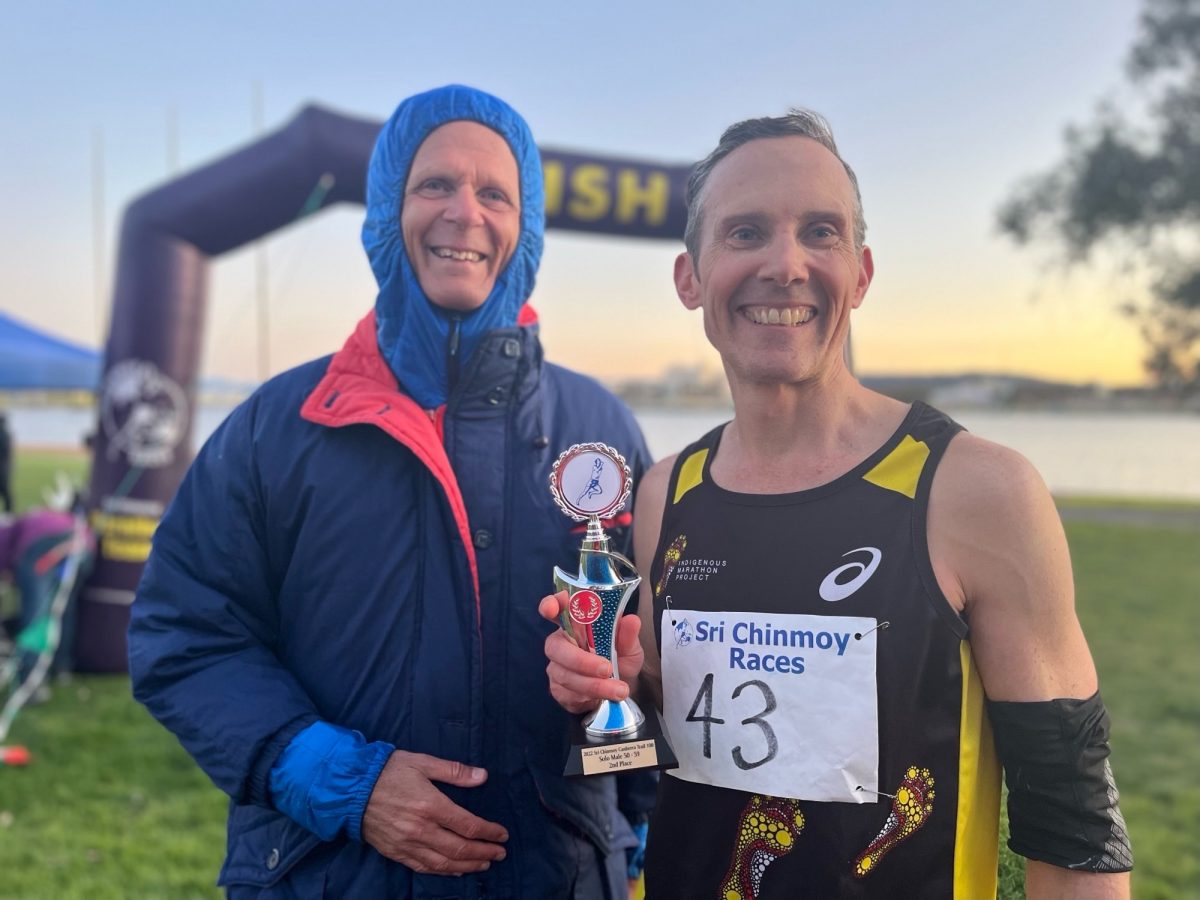 As the Assistant Minister for Competition, Charities and Treasury, running makes for a perfect pressure release.

“I start the day with a run for an hour or so through the reserves around Canberra,” says Andrew.

“My favourite run is a 14-kilometre bush loop around Mount Ainslie and Mount Majura. I do most of my running in the bush.

“It’s the thing that makes me happy in the morning. A good sprint session is a great start to the day. It puts me in a good space for the day. I find I’m more gentle with people.”

Andrew Leigh says he traces his passion for running back to his grandfather and was keen to pay tribute when he also turned 50.

“I was looking for an event to honour him. I opted for the Sri Chinmoy Canberra Trail run and completed the race in 11 hours 55.”

Andrew’s father was also a runner, as is his wife, Gweneth.

Distance running, though, is yet to inspire the next generation of the Leigh family.

“My three boys, Zachary, Theodore and Sebastian, are yet to be convinced about the benefits of long-distance running.” 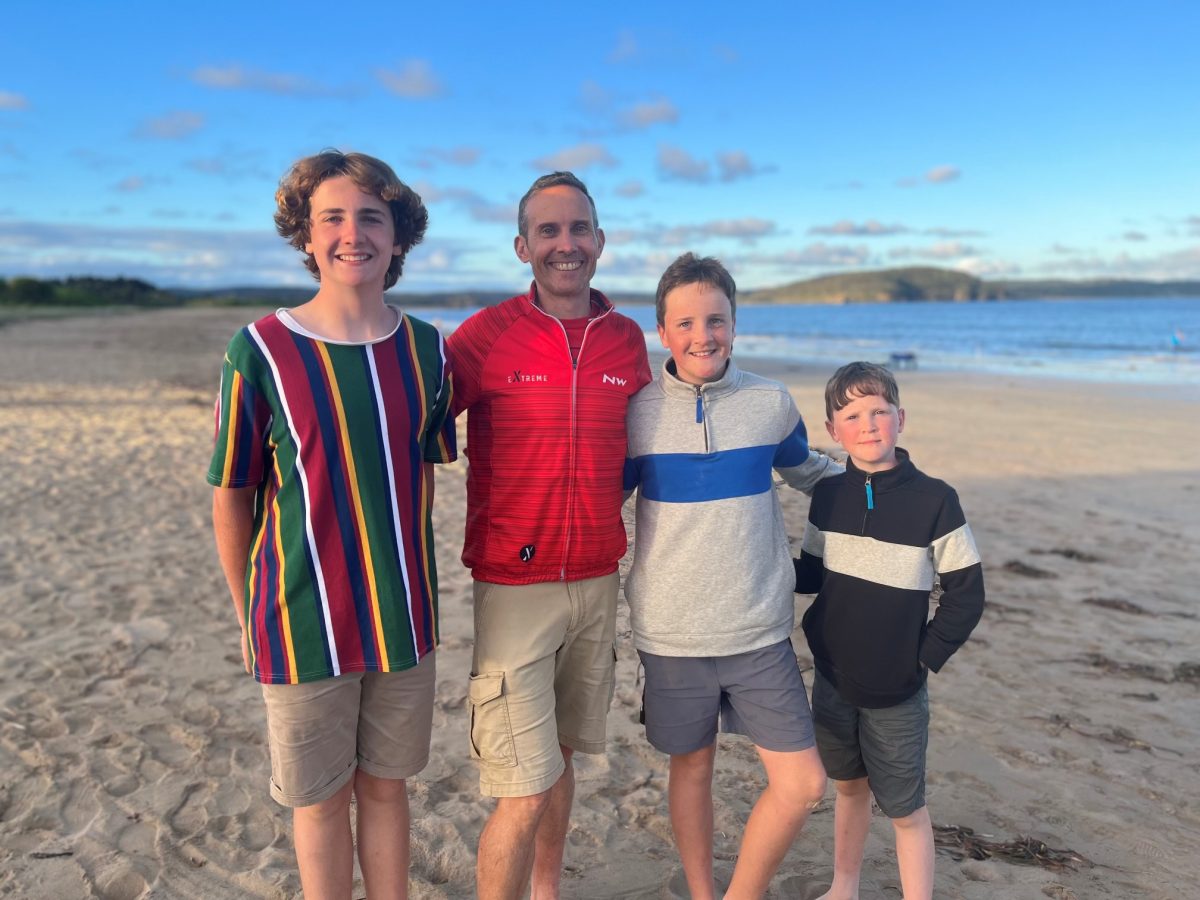 Yet Andrew Leigh likes his sons to play sport, any sport, as he sees it as reflecting “a unity of purpose and the strength of diversity”. He goes further in his publication, stating that athletes “remind us that sacrifice, courage and kindness are not outdated values but admirable traits in the modern world”.

Most of us who engage, or have engaged in sport, understand exactly what he means.

We often concentrate on the problems in sport, but Andrew reminds us that at its very best, sport helps cement us together and builds a better person.

“Training lays the groundwork for success. Stress is no excuse for bad behaviour. Respect your opponents. Everyone makes mistakes – it’s how you react that counts. Luck matters. Teams are greater than the sum of their parts. Win with dignity. Lose with integrity.”

Fair Game: Lessons from Sport for a Fairer Society & a Stronger Economy by Dr Andrew Leigh is published by Monash University Publishing.