Trade your weeds for natives 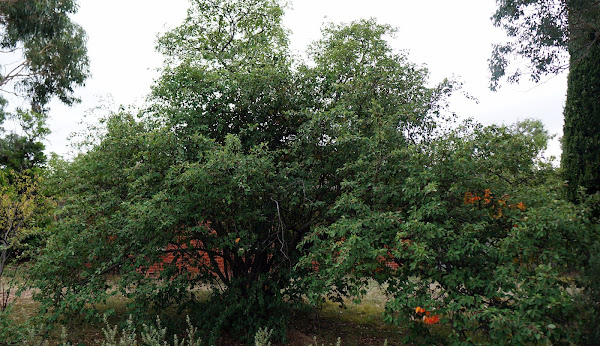 Finally all those weeds I’ve been cultivating in the backyard now finally have some value. For one weekend weeds are currency and I am a rich man.

Weed Swap is this weekend so get ready to trade your weeds away and get some native plants to replace them with. Sounds like a pretty sweet deal.

“On Saturday 6 April and Sunday 7 April 2013, the biannual Weed Swap will be held at green waste recycling centres, Canberra Sand and Gravel in Belconnen and Corkhill Bros near the Mugga Lane landfill,” said Minister for Territory and Municipal Services, Shane Rattenbury.

“This event, which has been well supported by the Canberra community for over 10 years, is a partnership between the Australian Native Plants Society and the ACT Government. Volunteers will be on-site at the green waste centres to have a chat about why the weeds should be removed and help you choose the most suitable native species for your garden.

“Garden weeds can be swapped for a free native plants including ground covers, grasses, shrubs and some trees.”

“These species have become part of the garden scene and local landscape since the 1970s when they were allocated to new home-owners. They grow vigorously, most spread by seed and some species can be spread by birds that eat their berries and deposit them into bushland.

The photo above is of a Cotoneaster from an inner north yard. What a wealthy wealthy man.

This is way, way, low going price for weeds in Canberra…

Can I trade bamboo in? I have a bunch of it!

What if you don’t want native plants?
We spent a good month ripping out all the native stuff from the garden in the new house. Ugly, scrappy things. The wildlife certainly doesn’t seem to mind that the plants are now evil introduced ones.

i hope they have a lot of native plants cos canberra has a lot of weeds. wish i had known this when i cleared a skip full of weeds from my former property to make way for my estravagant landscaping plans

i am richer though as i made the exceptionally wise choice of getting rid of a garden!!

Lori J Tas - 5 hours ago
Bet the ALP wont do anything either 😒 View
Geoff Richardson - 6 hours ago
Maybe instead of wasting half a billion taxpayer dollars on an unwanted upgrade to the war memorial, those funds could be bet... View
Dave Wilkinson - 6 hours ago
Don't we have a brand new huge national archive in Mitchell...? I worked on its construction with Kms of compactus. View
Opinion 11

Trade your garden weeds for native plants this weekend