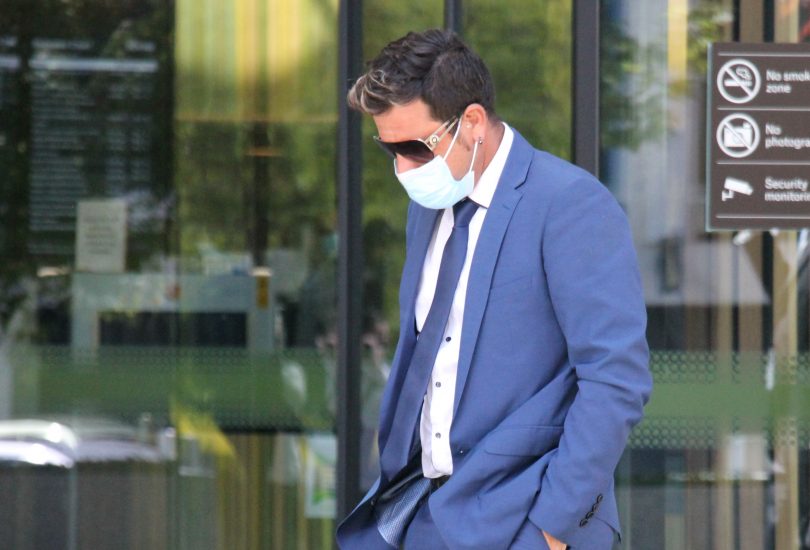 A man is accused of making up a “number of lies” after he allegedly sexually assaulted a woman in a north Canberra nature reserve.

Jurors heard Salvatore David Incandela, 41, was accused of raping the woman in November 2020 when his ACT Supreme Court trial began on Monday (21 March).

In his opening address, Crown Prosecutor Trent Hickey told jurors the woman had met a different man over a dating app and gone to his home where she had several alcoholic drinks and took some medication.

Later, Mr Incandela called the man and went to the house for a drink. The woman, who later started feeling woozy, agreed Mr Incandela could drive her home as he was going in the same direction as her, towards Belconnen.

Mr Hickey alleged that during the drive they stopped somewhere surrounded by bush, got out of the car and Mr Incandela raped her.

The woman alleged she felt blood on her genitals and told him to stop, but he didn’t until he saw she was bleeding and “freaked out”, Mr Hickey said. He then drove her home.

Mr Hickey said she went to Canberra Hospital two days later where a doctor performed a forensic medical examination and found injuries that included several bruises on her body and a laceration to her genitals.

The woman gave her phone to police, and using location data from it, they drove to a dirt track in a north Canberra nature reserve and door knocked nearby residents.

Mr Hickey said one resident told them he had just gone out to his washing line when he saw a white 4WD on the dirt road and thought he saw a man having sex with someone inside the car.

Other residents also remembered seeing a white ute on the road, including one who said they also saw a man with his pants around his knees.

Mr Hickey also alleged that when police interviewed Mr Incandela, he told a “number of lies”, including claiming nothing sexual happened between him and the woman, although he later said there was some intimate activity.

He also allegedly said he wasn’t in a particular northern suburb on a day in question, and he had only ever taken a different woman in his car, although he later admitted he had also taken the complainant.

Mr Incandela denied the offence and has pleaded not guilty to a single charge of sexual intercourse without consent.

The trial was expected to run for about a week before Chief Justice Lucy McCallum.