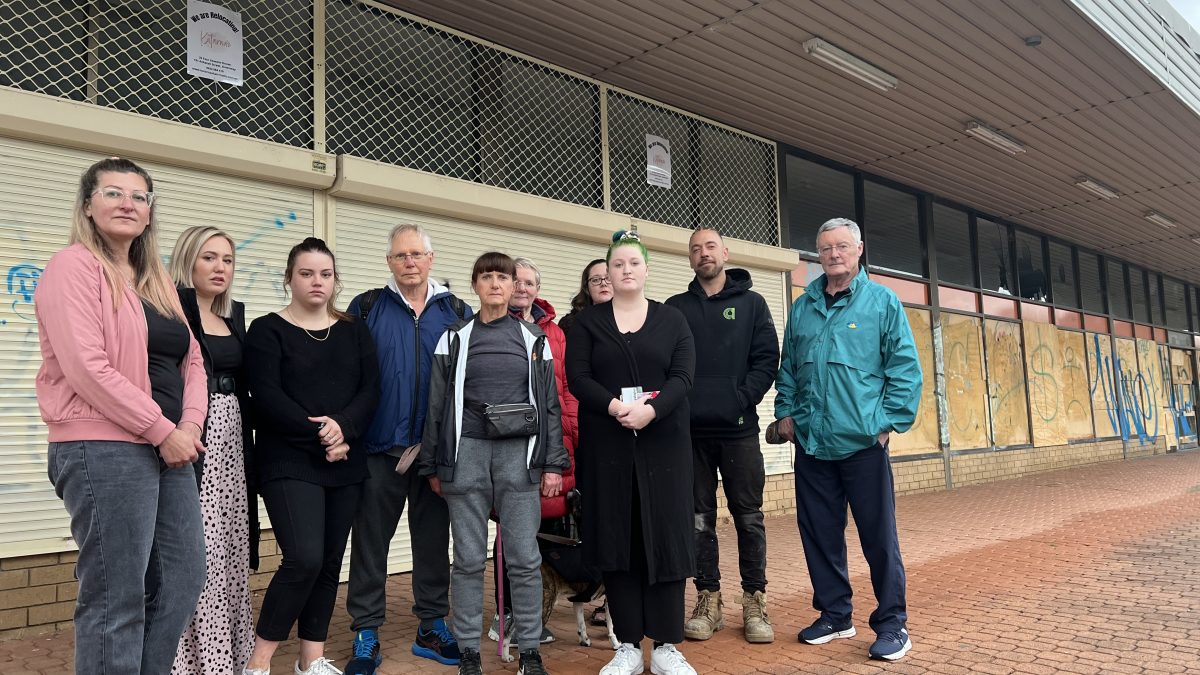 Richardson residents are crying out for something to be done with their local shops. Photo: Lottie Twyford.

Residents of Tuggeranong are calling for something to be done about the eyesore in Richardson – the local “derelict” shops.

Like many local shops, the Richardson shops have suffered a demise in recent years.

It began when the big supermarket – which kept the foot traffic strong – closed in 2019. Smaller businesses like the hairdressers, where Kathy Ditz had worked for a decade, followed soon after.

A Richardson local, Ms Ditz has had quite enough of waiting for something to be done.

“Every time I drive past it, it really grinds my gears,” she said.

“It looks terrible and it’s really disgusting. It’s like a slap in the face saying this is as good as it’s going to get for you guys in Richardson.”

As a hairdresser, Ms Ditz talks to a lot of people and she said they all have the same desire to see something done with the shops, whether that’s a bakery, a supermarket or a cafe.

“People really want something there. It feels like we have been neglected. We’re not a fancy suburb so it feels like we’re not important.”

“We just want a bit of pressure on them.

“I might be dreaming a bit, but imagine if they put a roller skating rink in there?” Ms Ditz laughed.

She’s lodged a petition with the ACT Legislative Assembly urging the government to take some action.

“Residents appreciate that these shops are privately owned; however, we believe more can and should be done by the ACT Government to improve this situation,” her petition stated.

The petitioners have called on the government to better incentivise business owners to occupy shopfronts rather than keep them vacant.

The only thing is, the government says it can’t help – it doesn’t own the centre, and the land it’s on has been leased to a private company.

“We are responsible for the maintenance of the land surrounding the shops. Public amenities and open space around the shops are maintained and cleaned as part of our regular programs,” a spokesperson for the government said.

“In late 2020, a new feature playground was opened next to the Richardson shops, which was identified through the Better Suburbs community forum and co-designed with the community.

The government said it hopes that investment will spur private investment into the nearby shops.

READ ALSO Saving trees and an aggressive infill agenda? It’s one or the other, say builders

But the centre’s owner, Michalis Investments, said they are coming up against roadblocks of their own from the ACT Government.

And they are well aware of what it looks like and why it’s going to get harder to get tenants in – not easier.

Kosta Michalis said he’s doing everything he can to get new tenants in.

“We don’t want it sitting there empty as it’s giving us no return and negative rent,” he said.

In the last three years, successive attempts to get a childcare centre and mechanics in, and even a proposal for a service centre replete with shops, have been knocked back by the government due to the proximity to other services and a school, respectively.

“The longer it sits there empty, the harder it is for us to get tenants in,” Mr Michalis explained.

“All we are doing is cleaning up, replacing broken glass, cleaning graffiti, and removing people’s rubbish from the back where it gets dumped.”

It’s a “vicious cycle” of trying to keep the place presentable so tenants want to move in but not wasting money on keeping it clean, only for it to be vandalised once more, he said.

Mr Michalis is holding out some hope, with plans underway to lock in a couple of tenants in the next few months.

Part of that process includes having to make a 12-month-long application to the Territory government for a purpose-clause change to the Crown Lease, he said.

Removing some roadblocks would be welcomed, but Mr Michalis isn’t holding out hope for any change at a government level.

He’s unconvinced that the government’s investment in the nearby park has helped either, noting it has somewhat encouraged the “wrong crowd” down to the area.

Earlier this year, ACT Greens backbencher Johnathan Davis floated the idea of a vacancy tax – which would be slapped on commercial landlords – to help revitalise local shops.

The commercial property industry slammed the idea, arguing it would be unreasonable and a form of punishment for owners who wanted tenants but couldn’t find them.

Ever since we had “Self government forced upon us, we have gone down the Drain!!!

If you want to blame anyone for this, blame Coles who bought out Supabarn.

Bet they wouldnt say no to a KFC like other shopping centres…https://the-riotact.com/chisholm-shops-kfc-falls-fowl-of-some-local-residents/601422?utm_medium=facebook&utm_source=ra&fbclid=IwAR3LUdTOzBhvJ6znir5n7oQ39d9EQaPWfK_4dkOuttbJplaHr4-qUvIstLU

Oh these whingeing whineing Canberrans. Just like the Giralang shopping centre the locals didn’t support Richardson. High rents and lack of community support saw the shops close one by one. Giralang residents haven’t stopped whingeing since. It isn’t as if they haven’t got accessible major shopping centres close by in Kaleen and Gunhahlin. The owners of these sites don’t care. These are profitable sites and there are no laws compelling them to do anything. Meanwhile the public blame the govt and demand that they fix the sites. The owners refuse to do anything hoping the govt will buy them out at an exorbidant and overpriced rate or meet their demands to develop on their terms. I think I’m in agreement with Jonathan Davis on this one. Impose a significant tax on the owners to fix their properties up.

Windows and graffiti don’t appear by themselves. Sadly, I expect the derelict condition of these shops has been caused by local youths.
I must admit, I just shook my head with disbelief when the ACT Government funded an upgrade of the playground adjacent to an empty shopping complex.
I can’t see a supermarket reoccupying the site.
Maybe it’s best use is for the owner to divide it into smaller “professional” type offices eg accountant, law firm, vet, real estate agent etc.

Have a look into the back story of the Aranda shops. A stellar transformation from derelict shops to a thriving neighbourhood hub that is loved by the community. 💜

Anyone know what changes the owners want the government to agree to? Perhaps in this case a more outcomed focused planning system might be useful so that some creative solutions can be found that are a win/win for the locals and the owners.

Lynda Shores
Kevin Shores
This was a nice place many years ago. Nothing but a eye sore now

Kevin Shores yep it sure is

This is how the Barr government make way for apartment buildings

Sher Bee FFS nothing to do with the ACT government. the reality is owners of commercial properties write it all off on tax, so unless they get high enough rent, they just sit on the vacant properties to offset the newer more profitable properties they own and end up paying no tax at all.

Good luck, Giralang shops stayed derelict for something like 20 years

Sash came here to say the same thing re my childhood shops.

Too bad the kids park is destroyed by vandals regularly. Last time I took my kids there was broken glass every where and all the trees had been broken with an old huge mattress dumped by the gate. The government doesn’t care.

Tianne Tianne it is not the government’s fault! – it is the vandals who are committing the crime!!

Tianne Tianne I am at the point where I think it would be helpful for all concerned if the community took on some of the responsibility.

Margaret Freemantle only so much the community can do! I mean come on! The last 3 timeinks I took my kids there I cleaned up smashed bottles and rubbish but not like I have a gardening bucket or a trailer attached to my car 24/7 to pick up after other people’s mess! 🤦‍♀️ it’s not on the community to keep cleaning up all the time. I take my kids there to play and enjoy them selves but I find myself cleaning rather than watching my kids playing or playing with them! It’s a shame really. With the shops the way they are is why they attract these people.

Margaret Freemantle they have.. there is a few that always voluntarily clean up

Yet every time they try and upgrade the Chisholm shops……

I call BS on the investment firm, as they or the owner kept forcing rent up on the supermarket and others until they were forced out… could’ve had rent payers if they wanted – this was vocalised by the previous lease holders.
Also Michalis Investment website only has one property to lease advertised in greenway, nothing on Richardson shops.
Wouldve been nice if the reporter dug a little harder.

Utilitarianism! What a legacy! 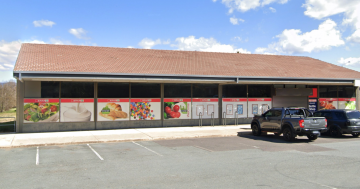 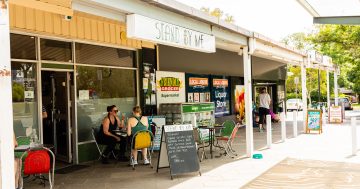 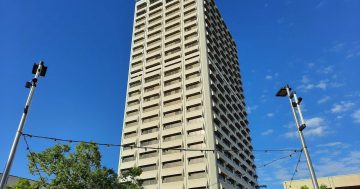 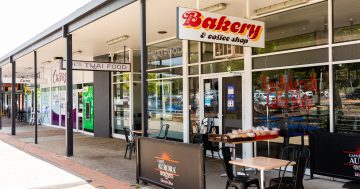 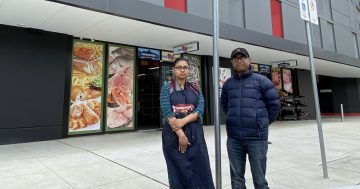