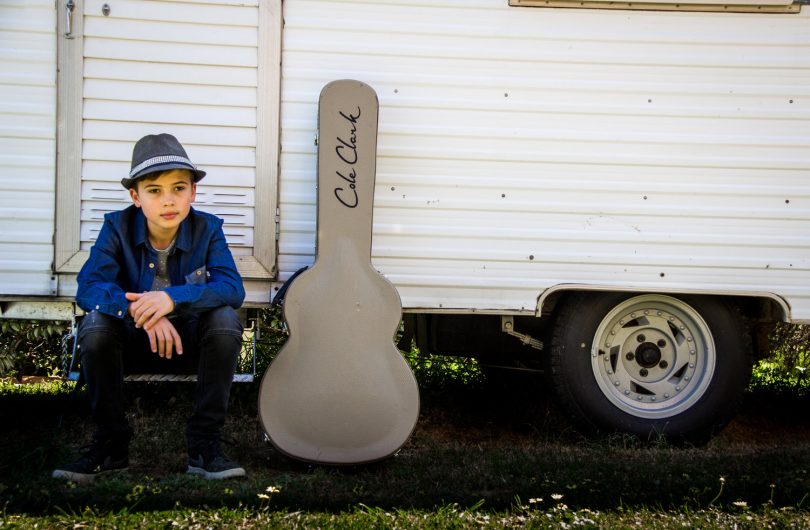 Rory Phillips is a singer on a mission. Photos: Supplied.

While most school kids spend their spare time playing Fortnite or making TikToks, Tumut’s Rory Phillips has been playing the guitar and writing songs. He’s been at it since he was seven. Now he’s partnered with the Bushwackers Band and Red Dirt Road Productions to create a 3-minute music video.

The 13-year-old was Snowy Valleys Council Young Citizen of the Year for 2020 and has just released a new single about climate change.

It’s called ‘The Truth’ and was inspired by the likes of Greta Thunberg and her international School Strike 4 Climate movement.

“I wanted to say something with this song. Our family are very passionate waste warriors and I get so frustrated listening to world leaders dancing around climate change issues. It seems so obvious to me that more needs to be done, before it’s too late,” he said.

The truth, give us the truth. What’s the world going to be like in a year or two? to quote some of the lyrics.

Phillips took home one of the Snowy Valley Council’s six awards on Australia Day this year for being an “outstanding young person in his creative pursuits as a musician and songwriter”.

His other achievements go on and on: among the top 10 buskers at the Tamworth Country Music Festival, featured busker at Byron Bay Bluesfest, graduate from the CMAA Junior Academy of Country Music twice, graduate from the Rock Academy Melbourne, player at the 2017 Melbourne Guitar Show, Australian National Busking Champion 2016, Junior Tamworth Champion of Champions 2018, he’s on the shortlist for the role of lead guitarist in the Australian production of Andrew Lloyd Webber’s School of Rock – The Musical, and – lastly, for now – officially endorsed player for the Buzz Box Guitars Company.

On top of that, he attends multiple music events across the south-east of Australia. He even came to Canberra in 2016 and 2017 to perform at Floriade. 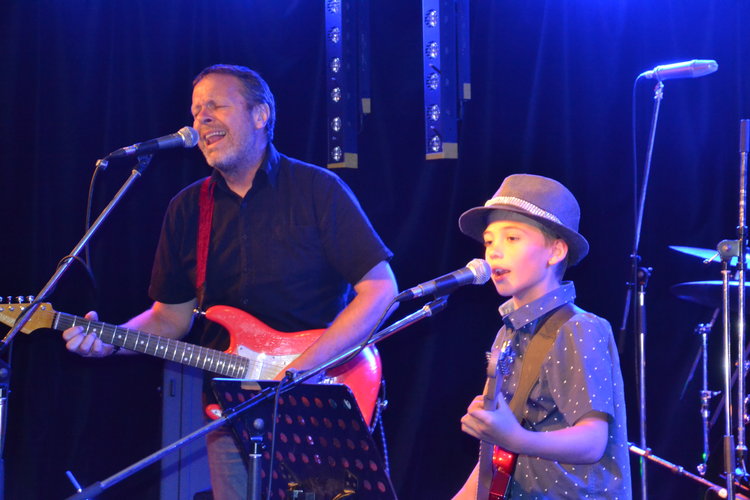 His co-producer and member of the Bushwackers band, Roger Corbett, describes Phillips as an “extraordinary person”.

“He’s kind of an old soul; he’s got this old head on his young shoulders. He can play the guitar pretty amazingly and he’s got this encyclopaedic knowledge of music.

‘The Truth’ was composed while Phillips and Corbett were on a retreat in the Blue Mountains. The filming took place later in his hometown of Tumut.

It’s the first major event on Phillip’s calendar since COVID-19 hit. During the lockdown, he has kept himself and his fans occupied by running a weekly live Name the Riff series. He plays 10 famous riffs and the audience comments their guesses as to what they all are.

“The music community are his people – that’s his tribe – and whenever he’s involved in festivals, that’s his social circle, so he’s missed out on all of that,” his devoted mother Sam says.

Phillips has released four other songs over the years, including ‘Cars and Guitars’ which he described at the time as “pretty much my life’s story, and because I’m only 11, that means it goes for 3 minutes and 15 seconds”.

Sam says he’s the first in his family to go after a music career, but whatever happens, she just wants him to be happy and “if he’s really successful, to take care of his mum and dad!” In turn, Phillips is very grateful for his mother and “chauffeur, manager, and roadie”.

“My end goal would have to be making enough money to get by playing music. I don’t want to end up with a day job,” he says.

His Bushwackers colleague is confident: “I think Rory’s that passionate about it that he’ll make it happen for himself.”

‘The Truth’ video is available on YouTube, and Rory Phillips’ music can be bought from the Google Play and Apple Music stores or streamed on Spotify.

What a gem. Keep up the good work Rory.

Emjay Barker - 10 minutes ago
Daniel Duncan that’s a great idea 🤣 View
Daniel Duncan - 43 minutes ago
Stuff the test let them back with out any restrictions. View
Tracy Hancock - 9 hours ago
Nurse and midwife here. Have looked after patients who were Covid positive and didn’t know it when they saw me. I haven’t... View
News 33

@the_riotact @The_RiotACT
Peter Walker's overcome some serious battles over the past 20 years, but he says he's ready to take on the #challenge as the new mayor of #Goulburn https://t.co/OCLVo6yk2h (8 minutes ago)