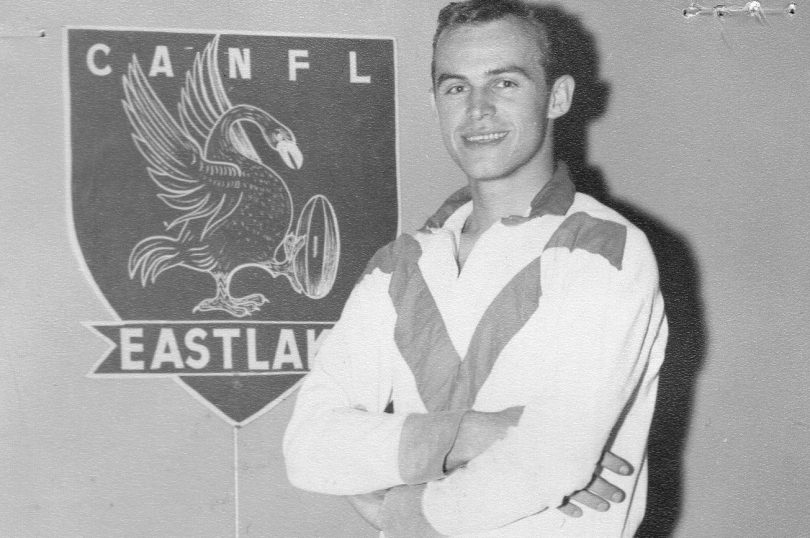 Alex possessed such an imposing presence in his years on the football field and as a coach.

My personal association with him was brief. We co-hosted a sports program in the late 1980s on ABC 2CN. This was until he was recruited by Carlton to take over from Robert Walls as coach mid-season in 1989.

Alex was coaching Belconnen at the time and I clearly remember the press conference called by the Magpies president, the late John Molony.

It took place in what could best be described as a shed beside the footy ground, with John and Alex sitting behind a table at the end of the room to announce the coach would be leaving for Carlton.

As soon as the announcement was made, John demanded compensation from Carlton. I’m not sure whether compensation was paid, but it made for great theatre.

If nothing else, it highlighted the stature of Alex in the wider AFL community.

His major contribution to AFL Canberra was as a young player coming through the ranks at Eastlake Football Club.

As an 18-year-old, he played in both the under-19 colts and senior Eastlake premiership winning teams on consecutive days in 1964.

He went on to win another two senior premierships with Eastlake before heading to Carlton and winning four VFL flags, including one in 1979 as captain-coach.

In contrast, Kevin ‘Cowboy’ Neale’s significant contribution to AFL in Canberra came in the twilight of his career.

He lit up the stage in the 1966 VFL (now AFL) grand final, kicking five goals in St Kilda’s victory over Collingwood.

In 1978, with his VFL playing days over, he moved to Canberra to captain-coach Ainslie, leading the club to four premierships in six years. 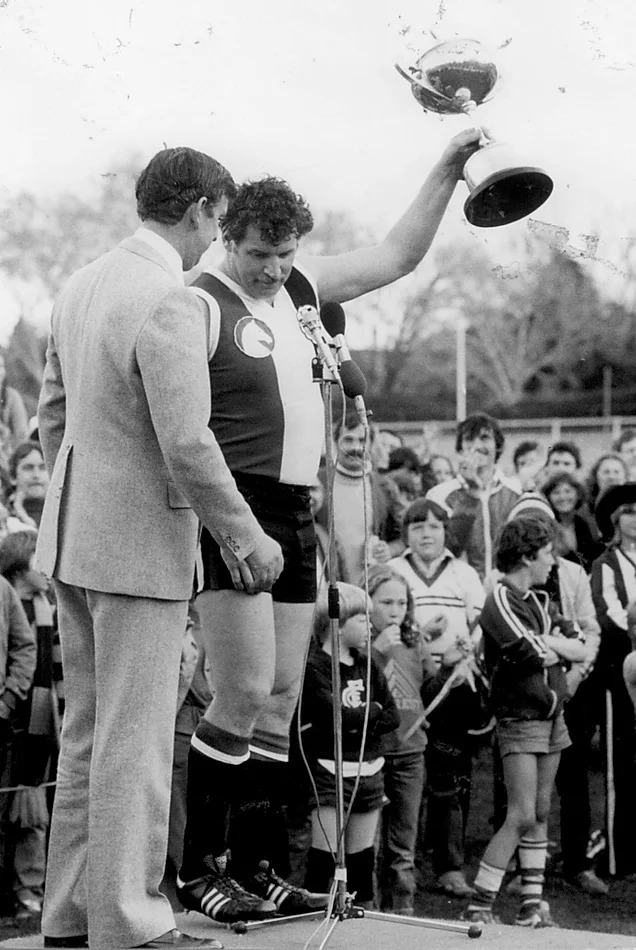 And 1980 was his big year as captain-coach. He led Ainslie to the premiership, kicked a record 149 goals, and led the ACT to the memorable victory over the VFL in one of the greatest moments in Canberra’s sporting history.

Kevin also coached Tuggeranong for three years from 1993 to 1995.

He has been battling Alzheimer’s disease for a few years now.

As a side note, I well remember him as my co-commentator when VFL games came to Canberra and him educating me on the rules as I commentated.

There was one time when I had the score wrong during a West Coast versus Fitzroy game at Bruce Stadium, and it appeared on the around-the-grounds scoreboard at the MCG.

Kevin thought this was hilarious as I looked for a hole to bury myself in.

I know the thoughts of many in the AFL Canberra community are with these two giants of the game and their families during this tough time.

Both firmly in the pantheon of the greats and both made huge contributions to Canberra. Best wishes to them.

I remember Alex as he was friend with a few of the people we used to get around with, I suppose we were about 16 at the time. We watched him play at Eastlake oval many a time.