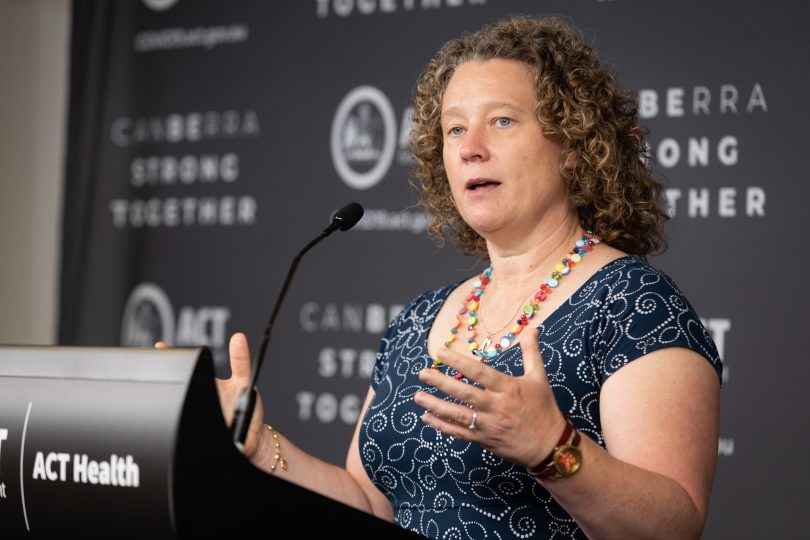 The two passengers who returned “weak positive” COVID-19 results yesterday are confirmed to be new infections, with subsequent testing revealing higher levels of the virus, the Chief Health Officer has confirmed.

Dr Kerryn Coleman said further testing is underway to determine whether both men – one in his 40s and one in his teens – had the same strain of the virus or whether they were acquired separately.

It is likely, but not confirmed, that the men caught the virus in transit as both tested negative on their pre-flight tests, Dr Coleman said.

“When they had their day-one testing, it was very difficult to detect the virus at that point in time,” she said.

“What that indicates to me is that they were extremely [unlikely to be] infectious, if at all, on the flight and on the date on which they all arrived and were transported.

“My assessment is that they are a very, very low risk of transmission on the day of arrival and day one.”

It is not known where the two passengers contracted the virus, and contact tracing efforts are continuing.

All other passengers in hotel quarantine in the ACT have returned negative tests but will be given an additional test early next week, which is the next risk point in terms of the virus developing, Dr Coleman said.

The Pfizer vaccine is currently being administered in the ACT; from next week, the ACT will also rollout the AstraZeneca vaccine.

The Garran Surge Centre opposite Canberra Hospital will close as a COVID-19 testing clinic from 5:00 pm on Monday (8 March) to commence administering both vaccines.

ACT Health said there will be separate entrances and clear signage to direct people to the correct service.