9 May 2021 | Michael Weaver
Start the conversation 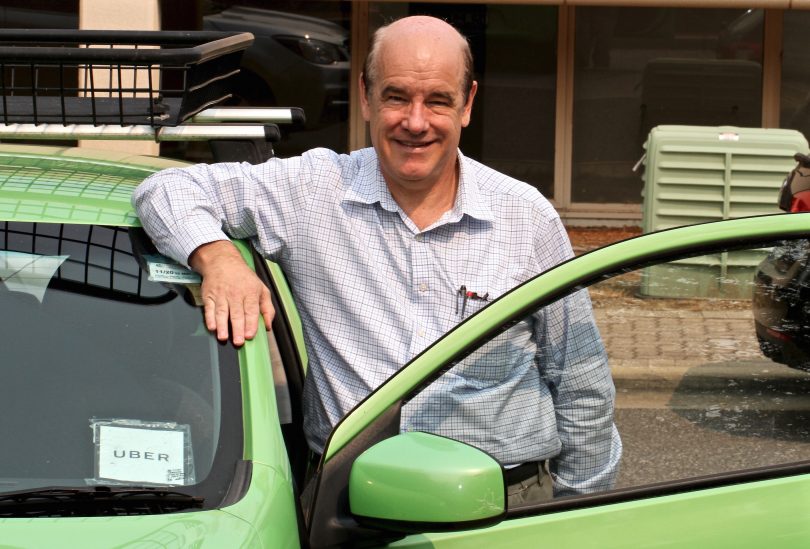 One of Canberra’s first Uber drivers, John Burge, said there are many incentives for rideshare drivers. Photo: Michael Weaver.

Canberra’s fleet of rideshare drivers and the ACT Government have welcomed Uber Australia’s move to halve the service fee for driver-partners using electric vehicles, as Uber moves to make all rides in zero-emission vehicles by 2040.

The ACT is also working towards having all public transport, garbage trucks, taxi and rideshare vehicles at zero emissions by the mid-2030s.

However, one of Canberra’s longest-serving Uber drivers, John Burge, who estimates he drives between 200-300 kilometres per day, said he didn’t expect the majority of Canberra’s fleet to rush out to buy an electric vehicle despite the increased incentives offered by the ACT Government.

Mr Burge, who has been driving for Uber since November 2015 when the company began in the ACT, said while the latest incentive is attractive, many rideshare drivers would still be hesitant to buy an electric vehicle before 1 July.

“It will be attractive for many drivers to move to an electric car, but others will hold off a little bit longer,” he said. “But by the mid-2030s, the fleet should be fully electric anyway.

“The recent Uber announcement hasn’t generated any particular discussion among drivers here, but the Federal Government’s temporary full expensing measure – which allows a straight-out deduction until June 2022 – plus some of the ACT Government’s incentives are certainly going to make it attractive for some drivers at least.”

From May 2021, ACT Government incentives for all purchases of zero-emission electric vehicles include two years of free registration, interest-free loans of up to $15,000, as well as rooftop solar panels and household battery storage. 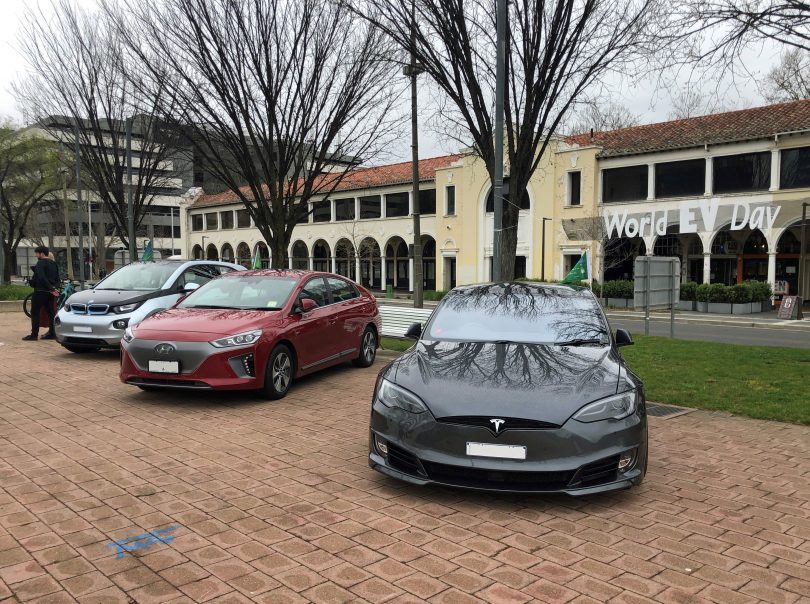 Mr Rattenbury said he is keen to work with all transport providers to accelerate the transition to zero-emission transport despite the Federal Government ruling out subsidies for people to buy electric or hybrid vehicles.

“Rideshare companies are stepping up and offering their own incentives to cover the gaping hole left by the lack of action at a national level,” he said.

“In stark contrast to the Federal Government, the ACT is a national leader in clean, green transport, as we drive towards net zero emissions by 2045. We are acting right now to encourage the rapid uptake of electric vehicles.”

Last week, general manager of Uber Australia, Dom Taylor, said the organisation has been working with states and territories to create a more sustainable transport future, but more needs to be done.

“Being able to launch green rideshare options – such as Uber Green, where people can opt to take an electric vehicle – isn’t an option yet,” he said. “That’s because in Australia, electric vehicles still only represent 0.7 per cent of the million cars sold in Australia annually.

“For comparison, in the UK that number is nearing 11 per cent.

“We’re advocating for positive change to help close this gap because we want to increase the electric kilometres driven on the Uber platform in Australia sooner rather than later.”