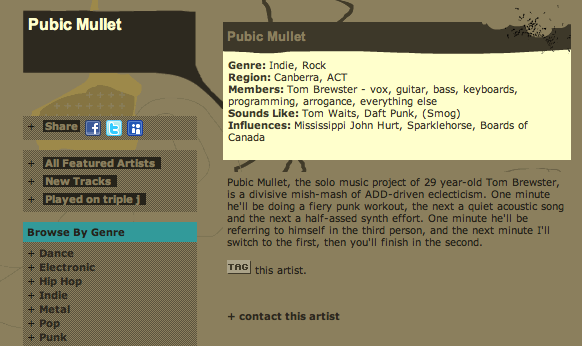 Today’s random selection is Pubic Mullet who has this to say for himself:

That’s pretty much all one say.

Maria Greene - 7 hours ago
Frank Valzano yeah but how would Brendan or pollies benefit? View
Frank Valzano - 8 hours ago
Use the money to provide mental health support for current and former soldiers suffering from PTSD.😡 View
Lifestyle 2