Mayor Rattenbury is celebrating the completion of works at the Belconnen Dog Park:

Minister for Territory and Municipal Services, Shane Rattenbury, has announced the completion of the $170,000 upgrade to the Belconnen dog park, including the addition of a small dog enclosure.

“The upgrade sees the size of the dog park increased to provide a designated area for small dogs which includes seating, a new drinking fountain and a pathway.

“The addition of a separately fenced area at the existing off-leash dog park in Belconnen provides owners with a secure space for their pets to play with other dogs of the same size.

“Dedicated small dog enclosures at off-leash parks are also ideal places for owners with old or young dogs to visit to help socialise and exercise their pets.

Mr Rattenbury said that in recognition of the popularity of the off-leash dog parks at Belconnen, Gungahlin, Tuggeranong and Yarralumla, the ACT Government has committed $300,000 for the design and construction of a new off-leash dog park in O’Connor.

“The 1.3 hectare dog park in O’Connor will feature separate enclosures for small and big dogs, as well as access for all users, seating, a bubbler and water sources for dogs.

“Work on this park is expected to commence early next year,” Mr Rattenbury said.

UPDATE: Lego Ace Yvette Berry has joined in the jubilation:

Member for Ginninderra Yvette Berry MLA has welcomed the completion of the small dog area at the Belconnen Dog Park.

“I am really pleased to see the expansion of the Belconnen Dog Park completed, it was something that I promised to keep track of when I ran for the Legislative Assembly last year, and I thank the Minister for TAMS Shane Rattenbury for ensuring that construction was completed this year” Ms Berry said.

“These new facilities will make it easier for owners of smaller dogs to keep an eye on their dogs and to make sure that they are playing in a safe environment” Ms Berry said.

“I regularly bring my dog Cassie to the Belconnen Dog Park and I know how much local dog owners were looking forward to the completion of the small dog area.” 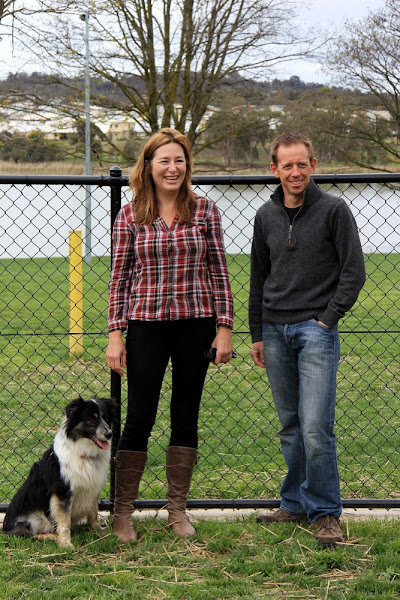 Louise O'Donnell - 3 hours ago
Yes that is the repository, or storage area. The files (paper, digital, and so forth) need to be stored somewhere safe and en... View
Lori J Tas - 9 hours ago
Bet the ALP wont do anything either 😒 View
Geoff Richardson - 10 hours ago
Maybe instead of wasting half a billion taxpayer dollars on an unwanted upgrade to the war memorial, those funds could be bet... View
Food & Wine 11

Shane McMinn - 11 hours ago
Quangers, or the Socialist Republic Of Queanbo.. View
MERC600 - 12 hours ago
Quangers has it all over Canberra these days. No graffiti , grass mowed and no rubbish floating about. The other article on t... View
Community 4

Why Libby walks Charlie with a pipe in her hand