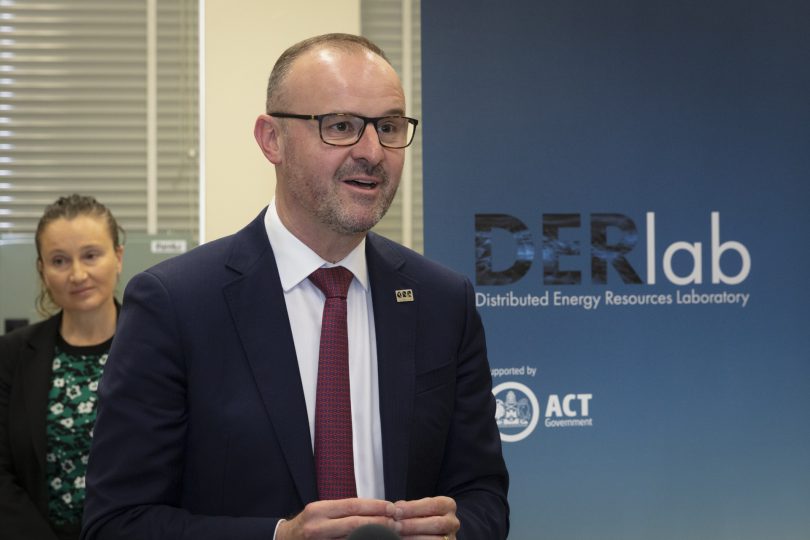 Canberrans between the ages of 30 and 39 will be able to register their interest in receiving the Pfizer vaccine at an ACT Government hub from Wednesday (21 July) and will be able to book in for vaccination as soon as supply becomes available.

Once registered through the ACT’s MyDHR system, Canberrans will likely receive a notification next month allowing them to book an appointment in September when vaccine supplies are expected to increase.

Chief Minister Andrew Barr said the ACT was moving to allow registration early due to the overwhelming demand of people aged between 40 to 49 trying to book in as soon as they become eligible.

Mr Barr said there would be strong demand for the Pfizer vaccination in the under 40 age cohort.

“Canberrans are showing that they want to get vaccinated to protect themselves and their community from the worst health risks of COVID-19,” he said.

“Outbreaks across the country in the last few weeks show why we can’t be complacent when it comes to this virus. We’ve seen unvaccinated adults of all ages in hospitals and in intensive care with COVID-19.

“We absolutely have to treat vaccinations with urgency, and we must continue to do everything that we can to get people vaccinated as soon as possible.”

Mr Barr also confirmed the ACT Government was working on opening a third Pfizer hub to cope with the expected increase in supply, just days after Health Minister Rachel Stephen-Smith said the government was considering what the best option moving forward would be.

The Commonwealth Government had previously announced that a shipment of 4.5 million Pfizer doses would now be arriving in August instead of September. Ms Stephen-Smith said this would increase the minimum number of Pfizer doses the ACT Government receives per week to around 15,000, up from 13,000.

The ACT Government is currently receiving around 10,500 doses a week. 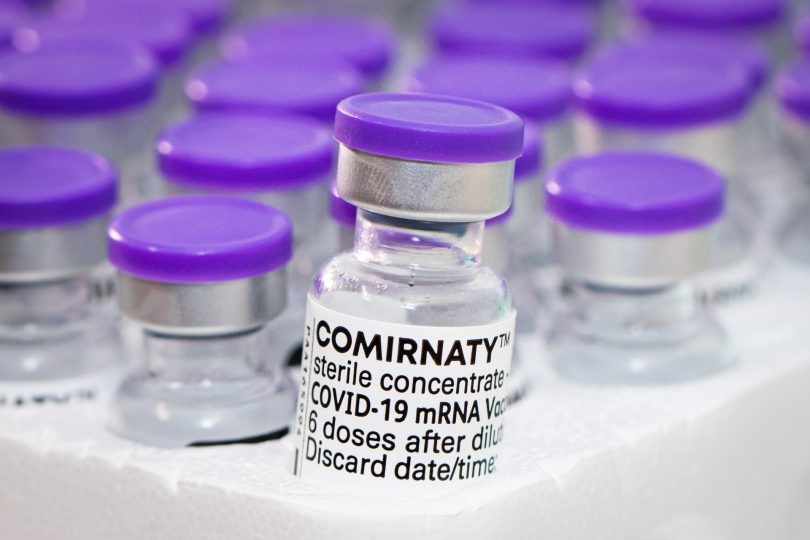 The ACT Government currently receives around 10,500 Pfizer doses a week from the Commonwealth. Photo: Michelle Kroll.

Around 9000 Pfizer doses were administered by the ACT Government last week. The current capacity is around 13,000 doses a week across the two Territory-run hubs.

Mr Barr also confirmed ACT residents who had been to a Commonwealth-declared hotspot and were undertaking quarantining or lockdown requirements in the Territory would be eligible to receive income support payments from the Federal Government.

Canberrans subject to health orders after visiting interstate hotspots were previously unable to access the payment, sparking frustration from Mr Barr who said payments should be available for people from declared hotspots and not depend on where they undertook their quarantine.

He also said he raised support for the tourism industry more broadly as many parts of the country are experiencing a demand shock, with half of Australia’s population subject to lockdown orders despite not being subject to restrictions themselves.

I’m one of the over 60s with underlying health issues and my GP says I shouldn’t have the AZ vaccine. I can’t take the risk of an anaphylactic reaction to AZ because it would be severe, and the only time I can get Pfizer atm is……. if I have an anaphylactic reaction to AZ. Catch 22, and a federal govt who isn’t listening….as usual. Nothing changed for us at the 16 July National Cabinet meeting Mr Barr, I’d be vaccinated immeditely if I could have the Pfizer vaccination.

There is demand for the Pfizer jab among over 60s too but we seem to being ignored. Many have health conditions that make AstraZenica inappropriate but there is no choice for us.

Couldn’t agree more, no choice for us we are just cannon fodder to use up the AZ over supply! There are many of us in this demographic who would accept Pfizer tomorrow if it were offered…

Bac Rich I would have Pfizer immediately

teachers need to be prioritised

You shouldn’t be running when you get vaccinated. You should be standing still, preferably sitting down.

Michael O’Neil yes we already have

Confirming Gary Wright no income during lockdown like all the business owners and people who work for them.

What about aged care?

Mark Teivonen you can now get the jab

I’ve been waiting for my chance to politely decline, and now it’s almost here. Fantastic.

Ryan Cantrill Redundancy in a number of cases, and a lot of that job history goes back as far as 2006 with many of the jobs overlapping until one took all of my time and lasted many years. Most of the jobs in my specialist skillset have centralised in Sydney so I spent some time commuting to Sydney while continuing to deal with family matters here in Canberra until I was fortunate enough to find work in my skillset here in Canberra again earlier this year.

Samuel Gordon-Stewart no-one is forced to be vaccinated. We are lucky to be given a choice.

Rachel Hoffmann hubby will be up from Wednesday for you 😀

Allison Jordan Yes! I saw this earlier and told him striaght away. Told him to get on it lol