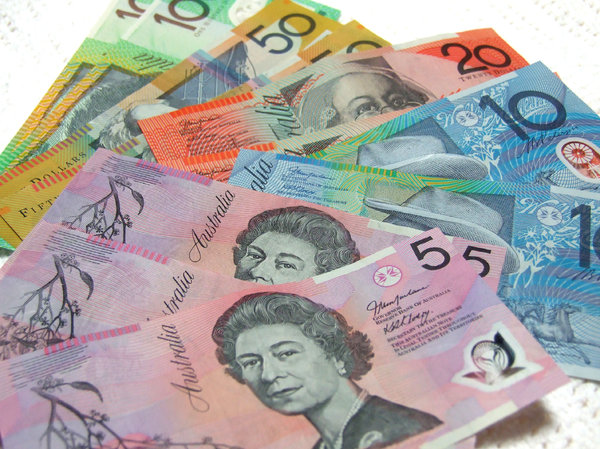 A venture capital scheme launched on Tuesday will enable Canberra entrepreneurs to access funds to build their business.

Significant Capital Ventures is a joint venture between the Australian National University and the Hindmarsh Group, and is also supported by the University of Canberra. It will receive funding from the ACT government.

The new fund aims to drive innovation in Canberra and build investment links between business and research. It is expected to have a size of between $10 million and $30 million and will invest in early-stage start-ups to help them become sustainable businesses and industries of the future.

In a joint statement, chief minister Andrew Barr and small business minister Chris Bourke said the new scheme would enable Canberra to play to its strengths as Australia’s knowledge capital, turning smart ideas into successful businesses and diversifying the economy and creating new jobs in the process.

The ACT government contribution is $50,000 through the CBR Innovation Development Fund and a further $50,000 for establishment costs and advisory support.

Together these initiatives provide a comprehensive pathway of support for start-ups and entrepreneurs in the ACT, the ministers’ statement said.

“This collaborative activity is creating an ever growing pipeline of investable companies through Canberra’s innovation eco system and Significant Capital Ventures will provide an important new source of early stage capital.”

“The Significant Capital Ventures team brings a wealth of expertise in delivering early-stage capital to the market and have strong connections with the Canberra Business Development Fund, ANU Connect Ventures Seed Investment Fund and the Capital Angels.”

ANU and Hindmarsh have a strong record in investing in and supporting start-ups.

The university helped start up ANU Connect Ventures in 2005 and Hindmarsh in 2000 helped establish its associated entity, Australian Capital Ventures Limited (ACVL), to manage three funds, including the Canberra Business Development Fund with the ACT government.

Through those entities, the partners have so far helped more than 30 start-up businesses, including companies now listed on the ASX and the London Stock Exchange AIM, such as Seeing Machines Limited.

ANU vice-chancellor Professor Brian Schmidt said the university took great pride in being “at the centre of Australia’s innovation economy”.

“The ANU, along with Hindmarsh, has been a leader of venture capital activity in the region for over a decade. Together we have proven that Canberra can produce world-class technology from a base of fundamental research.

“With the support of many of the programs on offer from the ACT government, we see Canberra as an ideal place to create an idea, test it, grow it, and turn it into something special that will impress the world.”

Among the success stories is the former ANU start-up Lithicon, which provides core analysis services to the oil and gas industry and was sold in 2014 to US company FEI for $76 million.

“We wouldn’t have been able to start or grow the company without it, it was key,” Dr Pantano said. “Without the support of ANU Connect Ventures and ACVL, there would have been no company.

“We grew extremely rapidly to employ around 50 people, we were in the BRW Top 100 Fastest Growing Companies list within three years.”

I am thinking about starting a business that specialises in demolishing stacks of unsightly and semi-derelict shipping containers.
Do you think I might get a guernsey?

Howard Rockey - 7 minutes ago
Only mentions winning. No mention of doing a good job for the taxpayers. Huge Freudian slip. View
Steve Ulr - 19 minutes ago
and roll your car you are so pissed. and then get 'rescued' by a guy who took her home, gave her brandy to 'steady her nerves... View
Scott Hamley - 20 minutes ago
Old drink and drive 🤣 View
Food & Wine 45

Belinda Fox - 41 minutes ago
Yes please ban them. Basic litter and driver distraction. Waste of tax payers money and no influence on the election process... View
Paul Murray - 3 hours ago
Surely no-one votes because of a face on a corflute. How could they? The faces aren't on the ballot form. If the corfultes ar... View
Bundy Pados - 4 hours ago
Jake Annetts I'm just half taking the piss mate. No we don't need all these corflutes everywhere and no one will bother helpi... View
News 11

Danielle Lucas - 50 minutes ago
Michael Brennan what I was talking about the other weekend. View
John Brinsmead - 7 hours ago
bring back the snake track View
Food & Wine 1

Capital Retro - 3 hours ago
ABC? Another Barr Catastrophe... View
Nick Anderson - 7 hours ago
It was ABC for me. Anyone But Coe... View
News 62

chewy14 - 3 hours ago
JC, The reliability of travel times has little to do with light rail itself and everything to do with a dedicated route with... View
Capital Retro - 3 hours ago
I concede that the 25 minutes leg should have been 15 minutes - all figures look the same early morning, but the report said... View
JC - 4 hours ago
It’s not correct at all. It will be 10 to Gungahlin and 15 minutes to the city with Gungahlin to city times changing from 2... View
ACT Election 23

chewy14 - 7 hours ago
I don't think they remotely need a "unicorn" to win in the ACT, they just need a sensible offering made by more politically c... View
ACT Election 15

Nick Anderson - 7 hours ago
About time. The chief minister and treasurer shouldn’t be the same person regardless. View
Lifestyle 57

Colette Robinson - 7 hours ago
With so many people in Canberra not already sharing the share paths, what could possibly go wrong? View
show more show less
*Results are based on activity within last 7 days

The lottery gods have smiled on Canberra for the second time this month with a local man winning almost $1 million...
Food & Wine 45

Make no mistake, the ACT election result is a disaster for the Canberra Liberals, and one that has to be...
Food & Wine 45

@The_RiotACT @The_RiotACT
Chief Minister Andrew Barr will take on the Greens over their infill development target, saying it is too high https://t.co/8KfuFVSdJ4 (1 hour ago)

@The_RiotACT @The_RiotACT
New show at Belconnen Arts Centre’s theatre explores how to be close in a world that asks us to be distant https://t.co/po9NbWaf93 (4 hours ago)