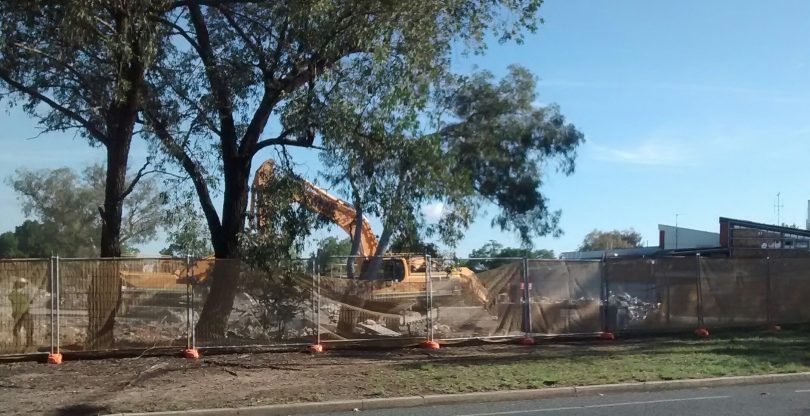 Demolition is continuing at the former AFP site in Weston where Village Building Company is planning to build up to 250 townhouses. Photo: Ian Bushnell.

Village Building Company is planning to build up to 250 townhouses on the former Australian Federal Police site in Weston for which it paid more than $30 million in a competitive tender.

Village exchanged contracts about two weeks ago for the almost six-hectare site, where demolition of buildings has been under way for some time at the behest of the previous owner, NEB Holdings.

Village’s General manager of Marketing and Communications Kate Freeman said the company planned to build a mix of two, three and four bedroom townhouses, starting in price from about $530,000.

While Village had identified strong demand for detached housing in the ACT, the company believed this site was more conducive to a townhouse-style urban development.

“We’re very keen to make sure we’re putting very livable products in there. We’re anticipating our target audience to be primarily downsizers, and also young families, who are obviously attracted to the amenity of the area in Weston,” Ms Freeman said. 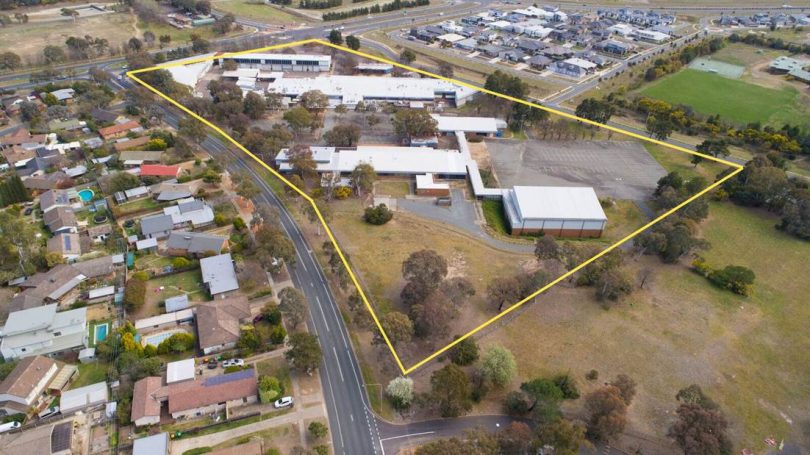 She said it was envisaged that the townhouses would have a small garden or courtyard, and the site have common areas and green spaces.

Village will partner with Canberra-based architects Cox Architecture to deliver the project.

Ms Freeman said it had been a relatively quick sale without a development application so Village was not as far down the planning road as it had been for other projects.

It was now going through planning processes and preparing for a round of community consultation.

“I know there has been some concern around some of the facilities and amenity there that were utilised by a number of clubs previously. We’ll be looking to understand what the concerns and what the needs of those people might be moving forward,” she said.

“We will want to make sure that we have got a good read and what the reaction to that will be.”

Demolition, including the removal of asbestos, is expected to be completed by March, with Village looking at a release in the second quarter of next year.

Construction is due to start in early 2019 and estimated to take three years to complete, with the first of the project’s four stages finished by the end of 2019.

Does anyone know what has happened with the servo?

I’d say the servo was held up getting its development application approved. I made a representation about the DA sometime in June or July and I’ve only just received a letter from the ACT gov to say that they have approved it with a number conditions. To be fair to them, it looks like they put a lot of work into figuring out those conditions.

One of the LDA/SLA guys announced that they’re doing a methodology study about the procurement of the bridge – I don’t expect that I’ll ever see that bridge built while I live in Cbr and, yes, it looks like the Cotter Road shenanigans – where they maximise the cost and disruption by failing to build the entire thing properly the first time – are about to be repeated this time at the other end of the area.

There is a new servo going in, …

Yes, but like the failed Coombs shops and the government screw up in relation to the pharmacy, the Coombs curse seems to have struck again and work on the servo apears to have been suspended for the last month or so (work seemed to stop well before the Christmas shutdown period).

Does anyone know what has happened with the servo?

And then of course with no set plans for building a bridge on John Gorton Drive over the Molonglo and with a complete blindness to the chaos they are creating with the John Gorton (Copping Crossing) / William Hovell / Coulter intersection, the government and developers seem to be doing their best to make the area undesirable.

I grew up in Weston and even worked at that AFP site for a short period. I don’t live in the area these days, so correct me if I’m wrong, but I wonder how much more housing the whole area can sustain, in the context of shops and amenities? The old Cooleman Court must be a nightmare; and I’ve heard just how difficult it can be to buy petrol!

There is a new servo going in, but i imagine the residents of Weston Creek area work all over the city, so you’d think if petrol was that bad, you’d get some on the way home or to work. Then again I’ve seen how long people will queue for petrol out at costco. Weston creek itself though has reasonable access onto the parkway. Cotter Road is almost fully divided to get onto Adelaide ave also. Then Molonglo will have access to Belconnen also.
So its probably not as bad as Gungahlin.

I grew up in Weston and even worked at that AFP site for a short period. I don’t live in the area these days, so correct me if I’m wrong, but I wonder how much more housing the whole area can sustain, in the context of shops and amenities? The old Cooleman Court must be a nightmare; and I’ve heard just how difficult it can be to buy petrol!