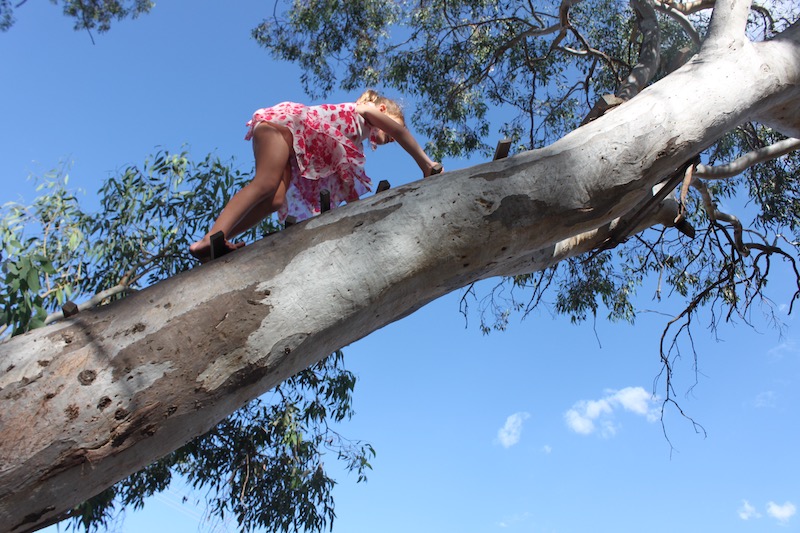 Outdoors, challenged and happy. A child can’t match this experience on a screen. Photos: Supplied.

Free of screens and the addiction of checking them repeatedly, Carly Saeedi found her children happier, calmer and busy exploring their own backyard over the last summer holidays.

“When we didn’t have to worry about screens for homework or any other purpose, they disappeared, the kids forgot about them,” Carly says. “The kids had this wonderful summer outside, we took them to the coast, to the zoo and did fun things.”

The experience led the lawyer and mother-of-four to research a new business venture: a mystery box from everyone’s favourite aunty.

Carly remembered her childhood growing up in Canberra, riding her bike to and from school, and swimming in the Murrumbidgee River at Tharwa.

As a girl, she ran into the waves at Manly beach in July, oblivious to the icy cold water. She could hold her own playing backyard footy with her three younger brothers. Screens didn’t dominate the household. And, tracing the origins of inspiration for her new venture, excitement soared whenever a package in the mail arrived from her aunty.

In her mid-30s and on maternity leave from work as an immigration lawyer, Carly realised her generation could be the last to have lived without screens. Her business venture was starting to take shape.

“I thought it would be nice to do something bigger than just for my four kids and create a community around this idea,” Carly says. “There are so many parenting blogs that encourage parents to spend even more time on screens, I think parents want to do what’s best for their kids.” 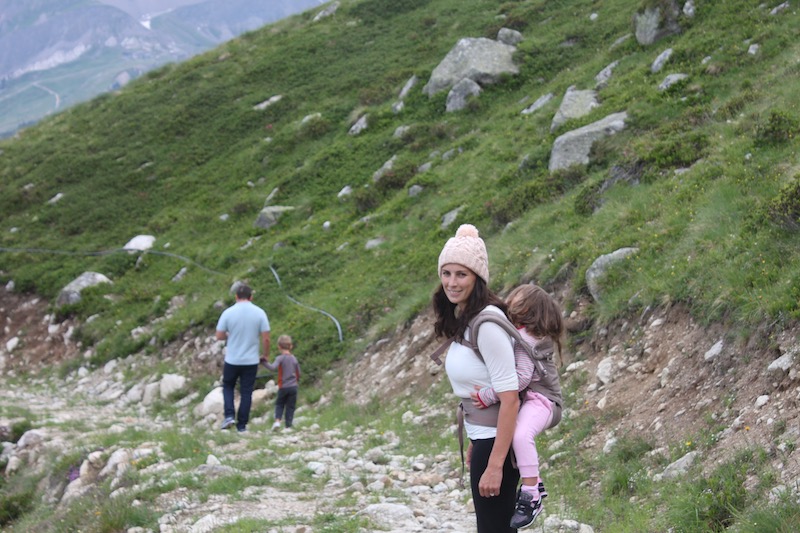 Carly Saeedi, out and about with her family.

Her goal now is to give families the incentive to turn off screens and turn on life itself. Families subscribing to her mystery box will receive a theme that will trigger activities, learning, incentives to explore nature and problem solve.

Opening the 31cm wide, 22cm long and 10cm deep mystery box will reveal a clue card for the month and a hand-written letter expanding on the theme. It could relate to a country, or a region, or a time in history or natural feature. It could centre on the discovery of a new toy, or something from the past.

The box and letter will come from everyone’s favourite Aunt Matilda. Quirky, worldly, full of life and always up for an adventure, Aunt Matilda is a mythical figure. Having an old-fashioned, Australian name, Aunt Matilda will be much like aunties generations today know and love. 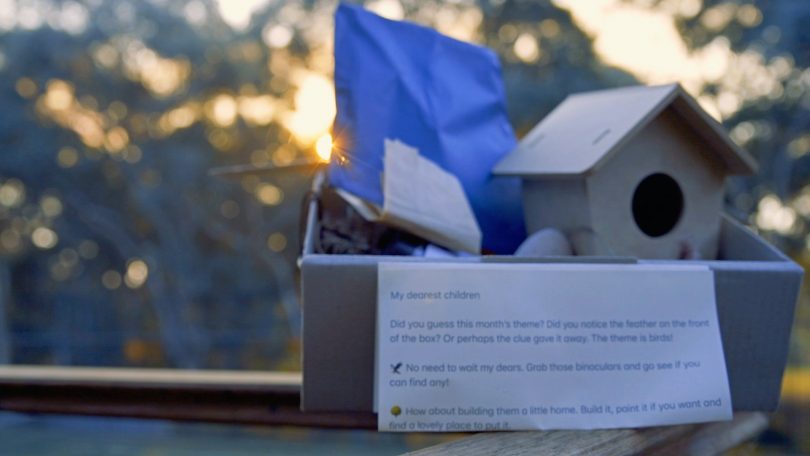 Goodies in the box will be eco-friendly, and where possible, sourced from Canberra. There will be no glitter, no plastic, no batteries, no apps. Instead the contents will encourage active play, healthy eating, learning through nature, and often something that reminds parents of their childhood.

Wondering how to keep your kids happy and busy interacting with the natural environment instead of being glued to their screens? Carly Saeedi’s new business venture From Aunt Matilda will help them do just that. Here’s the entrepreneurial Canberran talking to Ian Campbell about the fabulous new initiative. For full article click here: http://ow.ly/KLzr50qn0Ag

Costing $38.50, including GST and shipping, a box ”From: Aunt Matilda” (the name of the business) can be ordered as a one-off, or as an ongoing subscription that can be cancelled at any time.

From: Aunt Matilda pre-orders are open. The business will launch in May, with a target of selling 100 boxes in the first month and growing from there.

On average, Australian children spend more than 10 hours a week on screens. Aunt Matilda promises to inspire kids and parents to “roam free, play wild, explore nature”. “With Silicon Valley parents increasingly choosing tech-free upbringings for their children, are we next?” Carly says. 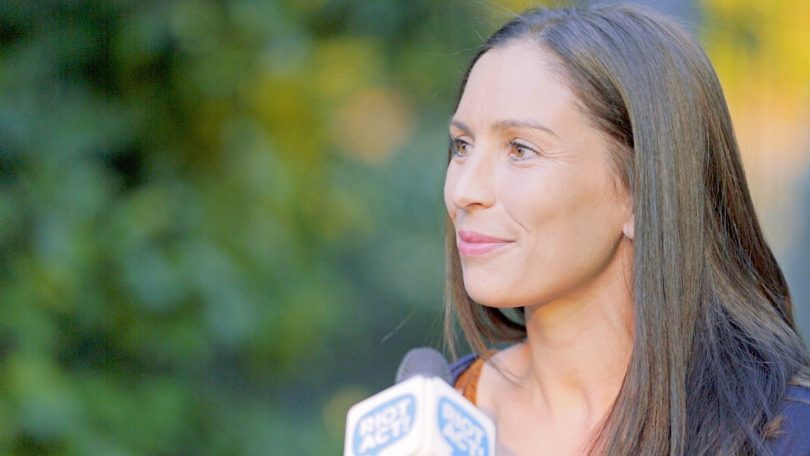