Want to get in on the Midwinter Ball Auction Action 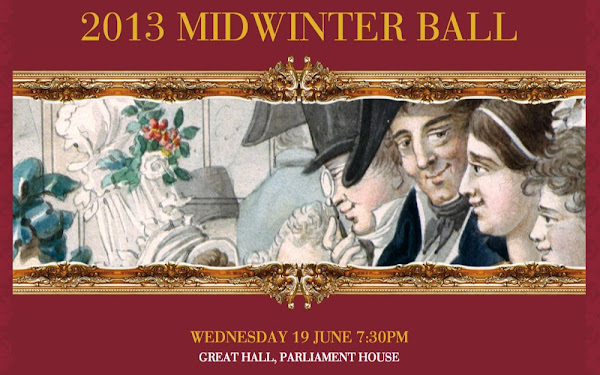 The days when the likes of me were invited to the Press Gallery’s Midwinter Ball are long behind us.

But they are letting us know that there’s an ebay auction battle you can all place bids in:

Casting aside rivalries, our political leaders have generously donated themselves to be auctioned off online on eBay to help celebrate the Federal Parliamentary Press Gallery’s Midwinter Ball and raise monies for charities.

These heavyweights of the political scene go “live” on eBay Wednesday 12 June at 5.00 pm as part of the annual Press Gallery’s efforts to raise much needed funds for charity. Now in its 14th year, the Ball has raised over $2 million – and the organisers expect this year’s event to contribute another healthy outcome. With the federal election only months away, the eBay online auction is promising to attract huge interest – and strong competition.

• The Prime Minister Julia Gillard is offering a spectacular dinner for four at The Lodge or her Sydney residence Kirribilli House. This is a unique opportunity for corporate Australia to dine with the nation’s leader.

• An extraordinary opportunity for 4 people exists to attend the PM’s X1 cricket match including the pre match reception at the Lodge and VIP tickets to the game.

• On offer from the Opposition Leader Tony Abbott is a power cycle or bike ride for 2 followed by breakfast. Find out why this daily ritual is so important to the man aspiring to be Prime Minister. Or skip the ride and go straight to the hearty breakfast!

• Punters can opt to have dinner with two of the Coalition’s most senior and influential figures – Deputy Leader of the Opposition and Shadow Minister for Foreign Affairs and Trade, Julie Bishop, with Shadow Minister for Communications and Broadband Malcolm Turnbull. Held in the Boardroom of the National Press Club Canberra including fine wines and dinner for six.

• A sumptuous three course dinner and fine wine is also up for grabs for six people in the Board Room of the National Press Club, along with an intimate evening of conversation with Press Gallery heavy hitters – Malcolm Farr, Mark Riley, Chris Uhlmann & Steve Lewis.

• Traditional to the eBay auction each year is the highly sought after Qantas prize offered by the Spirit of Australia – who have kindly donated luxurious business class travel for two to one of the following fabulous cities – Santiago, New York or London. The destination is your decision, the comfort and hospitality is courtesy of Qantas.

But who will raise the most money? Time will tell!

The auction opens at 5!

Linda Gee - 47 minutes ago
Jeez, that's not good. 😥 View
Meg Redmond - 54 minutes ago
I’m not sure it is Linda Gee he is struggling to get one at 4000.00 showed available to me yesterday he tried to book it an... View
Linda Gee - 2 hours ago
Good news for you Alex Suter Redmond . View
Opinion 21

Capital Retro - 11 hours ago
Violent home invasions targeting keys for owners' luxury cars are now out of control in Canberra. Very few details are subjec... View
Daniel Lesky - 13 hours ago
Jason Malcolm could be worse not like she needs to go to charnwood View
Lisa LaMaitre - 17 hours ago
No-one pays attention to crime in Canberra until it impacts them! We closed a Gungahlin based business over 10 years ago afte... View
Lifestyle 1