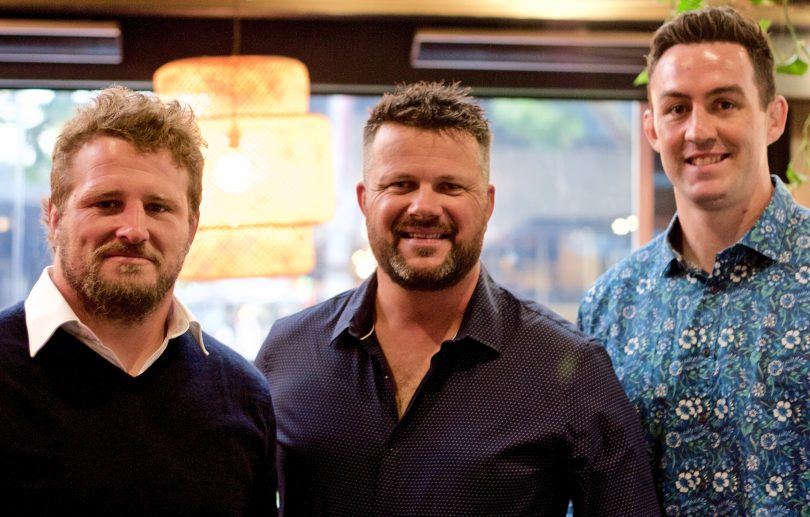 On the surface, a fundraiser at Kokomo’s on Thursday night (11 March) was a gathering for the guys. Deep down, the fundraiser for The Fly Program uses fishing to hook men into some real conversations about mental health.

The Fly Program is the brainchild of Matt Tripet, a highly respected professional in the fishing industry and a man with a strong sense of adventure in Canberra and the Snowy Mountains.

After losing his brother-in-law to suicide in 2013, Matt decided to direct his passion into changing how conversations are held around the culture of mental illness among Aussie men. 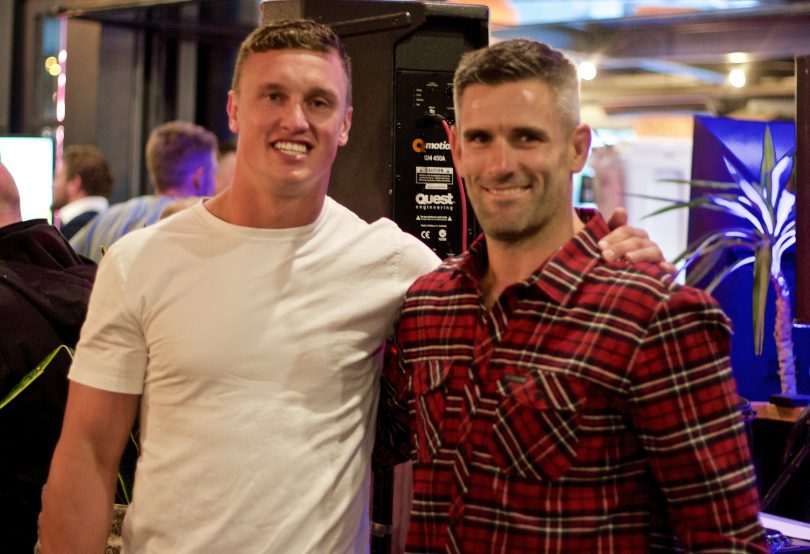 The program takes men out of their comfort zone and into the wilderness of the Snowy Mountains where they learn about themselves and the fine art of fly fishing.

While speaking to a packed room of men and women during the fundraiser at Kokomo’s, Matt said the Black Summer bushfires and the COVID-19 pandemic had put a new perspective on seeking the solace of the outdoors.

“So many people in this room will be taking a very deep breath after seeing one of the biggest fire systems we’ve ever seen pass through this area,” he said.

“We’re now in a pandemic, and there are new stresses that are impacting the wellness of people, and yet, our help-seeking pathways are still really poor.

“We need to talk with our partners, our GPs, our mates. The purpose of The Fly Program is to fix that.” 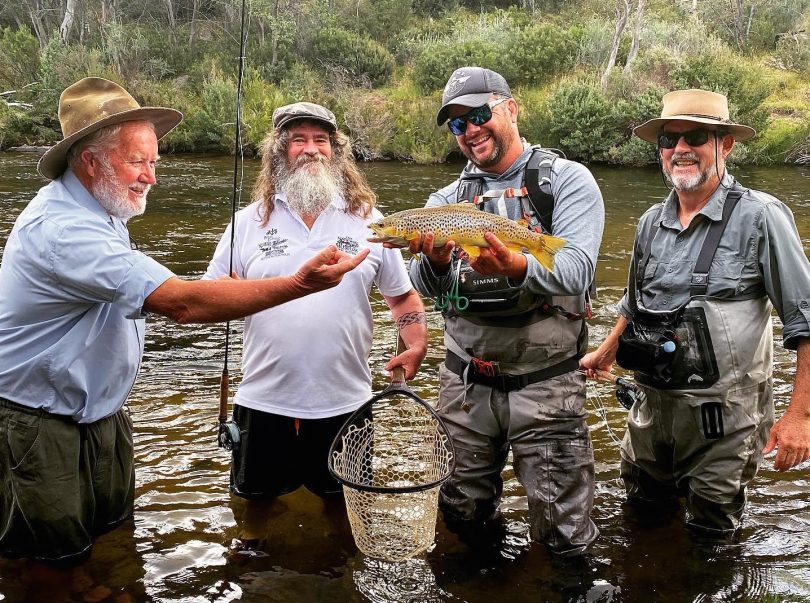 “What this image represents is so special,” says Matt Tripet (3rd from left) during one of the program’s fishing retreats at Lake Crackenback in February. Photo: The Fly Program Facebook.

The Fly Program’s last fundraiser gathered more than $40,000 for the project’s series of programs, including a fishing retreat for men in the Monaro region impacted by the recent bushfires.

Through the Wildside Primal Adventures community organisation, the new goal is to raise $1 million to build a hub for The Fly Program in the Snowy Mountains. 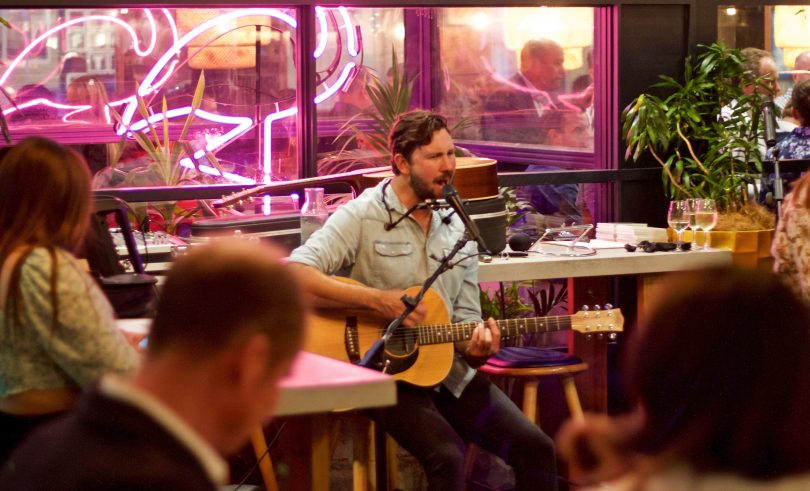 Canberra Raiders star five-eighth and last year’s Dally M player of the year Jack Wighton spoke about the importance of connecting in the outdoors after participating in one of the fishing programs.

“After being in a bubble for so much of last season, being in the outdoors while learning to fish really opened my eyes to the need to be around your mates,” Jack said.

For Matt Tripet and the wider community now behind The Fly Program, the challenge is to continue the conversations about mental illness while giving men a reprieve from the difficulties they may be facing.

“For me, fly fishing is something where the distractions are gone, and you can find a sense of purpose,” he said. “Being part of the change in our community comes through the power of the outdoors and creating a permanent hub for the future.

“The money we raise will make a difference to the lives of thousands of Aussie men and their families.”

You can donate to the project and find out more on The Fly Program website. All event profits go directly towards supporting the project.