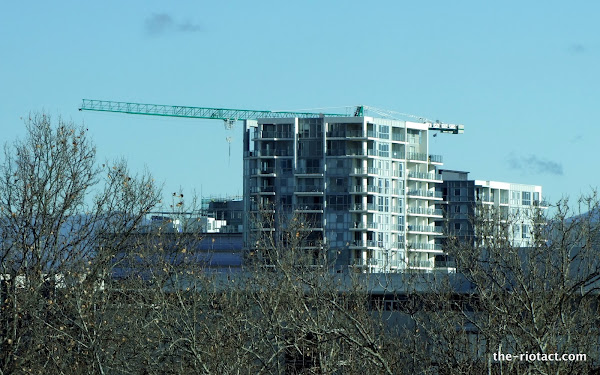 The Auditor-General has announced the release of a Performance Audit Report on Development Application and Approval System for High Density Residential and Commercial Developments.

Perhaps to no-one’s surprise there are problems:

There has been considerable planning and development reform undertaken by the ACT Government since the 2005 ACT Auditor-General’s Office Development Application and Approval Process performance audit. Improvements to the underlying systems, processes and policies supporting the development application and approval system have effectively addressed the majority of recommendations made in the previous audit report, while also facilitating better development outcomes for industry and the ACT community.

Notwithstanding these significant reforms weaknesses, that include issues that were the subject of three of the 22 audit recommendations made in the previous Auditor-General’s Office report, still prevail. The recommendations that are still relevant from the 2005 audit relate to improvements to administration of the entity referral process and the adoption of Ecologically Sustainable Development principles to individual development assessments. Further weakness identified through this 2012 audit relate to governance arrangements and urban design.

The ACT development application and approval system for high density residential and commercial developments should be improved to support a more transparent and timely process and to achieve more efficient and effective development outcomes for industry, Government and the ACT community.

“This backs up a lot of what the Greens have been saying for a long time. The current system, according to the report, is creating ‘technically compliant’ developments that are not necessarily good sustainable designs for Canberra*,” Ms Le Couteur said.

“This is why I introduced legislation to integrate our greenhouse gas reduction target with planning into the Assembly. I hope that this report will encourage the other parties to support my bill.”

The report also stated that Case Officers only assessed urban design considerations in one out of 25 sampled developments.

“This reinforces the Greens concerns that while the Government writes forward looking planning strategies, they just aren’t part of the day to day workings of ACTPLA.

The Liberals’ Zed Seselja is also claiming victory in this finding:

Today’s Auditor General’s report into Canberra’s building developments and approvals shows the planning system continues to suffer under ACT Labor, according to ACT Opposition Leader Zed Seselja. Mr Seselja said the report shows that after 11 years, the planning system still has not improved, and it is little wonder why Canberra is too expensive for many first home buyers.

“The fact that ACT Labor can’t even meet the legislated development processing timeframes shows just how shambolic the system has become under their governance.

From Mr Seseljacomments I have to assume he hasn’t seen the report and is simply going with his default “ACT Labor’s inability to manage *topic*” rant.

Christopher Cuba Rabanal - 22 minutes ago
Make me an offer I can’t refuse 😝😝😝 View
Kir Rin - 1 day ago
WHS Act is able to trump Discrimination law in certain circumstances. So presumably it’s possible. View
HiddenDragon - 2 days ago
A very interesting related legal question will be businesses which promote themselves as "safe" because their staff have been... View
Food & Wine 108

Bob Jones - 7 hours ago
Deb Wheare And Lynne Meredith... I've heard because of the more right someone who identifys as being an Aboriginal or Torres... View
Kev Martin - 17 hours ago
I find If you stop breaking the law, you don't get locked up View
Deb Wheare - 1 day ago
Jacob Torresan face palm View
Property 14

Pari Gilmour - 18 hours ago
I support a burnout pad. Zero interest myself but obviously these guys need a social space to do their thing. Happy to suppor... View
Opinion 33

@The_RiotACT @The_RiotACT
The victim of an attempted robbery at Belconnen says her impression of the city has changed forever after a thief tried to steal her bag https://t.co/3SlXYFKuaL (56 minutes ago)

@The_RiotACT @The_RiotACT
For the fourth year in a row, the Toyota Corolla has taken out first place in the top ten vehicles bought in Canberra. Did your car make the list? https://t.co/rsV9yLItXn (4 hours ago)