Is there a woman out there who doesn’t love high tea?! It’s such a wonderful event and makes for the perfect excuse to get frocked up. I have been to high tea at the Hyatt a number of times and was starting to feel as though high tea experiences in Canberra were a little limited.

When I heard that the Burbury had started their very own high tea, I was very excited and made a date with the mums (mine and Mike’s mothers) to indulge in the experience.

On Sunday afternoon we made our way up to the rooftop of the award-winning Burbury Hotel. Now, it’s described as a rooftop terrace overlooking the city but I think it’s more fair to say that it is a dining room on one of the top floors with very large windows – still beautiful nonetheless.

As soon as we were seated, we were poured a glass of champagne and offered tea and coffee. We were left to chat amongst ourselves whilst we waited for the high tea to start.

Shortly after, two large high tea stands were placed in front of us, filled with a selection of finely made French cakes and tarts, delicate savouries and traditional scones. I couldn’t wait to get started! I decided to go for the mini burger buns and sandwiches first, I love my savory food. The sandwiches were pretty yummy but not the best I’ve ever had. 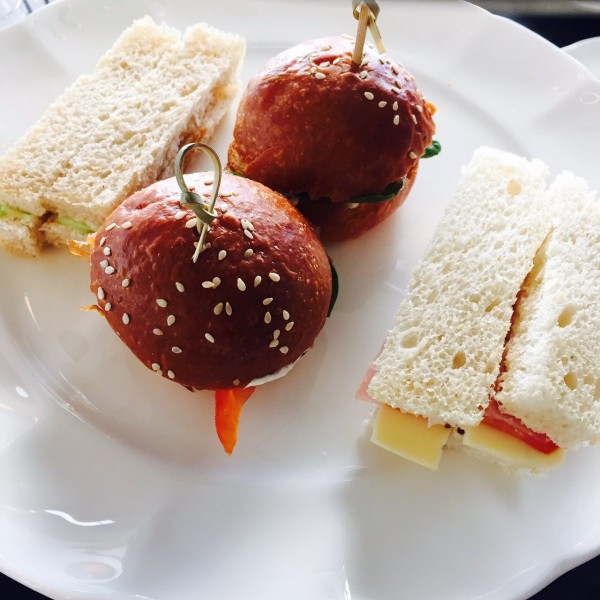 I moved on to the scones, because, well, scones are just the greatest! Especially with jam and cream. They were delicious! Not a crumb was left behind. 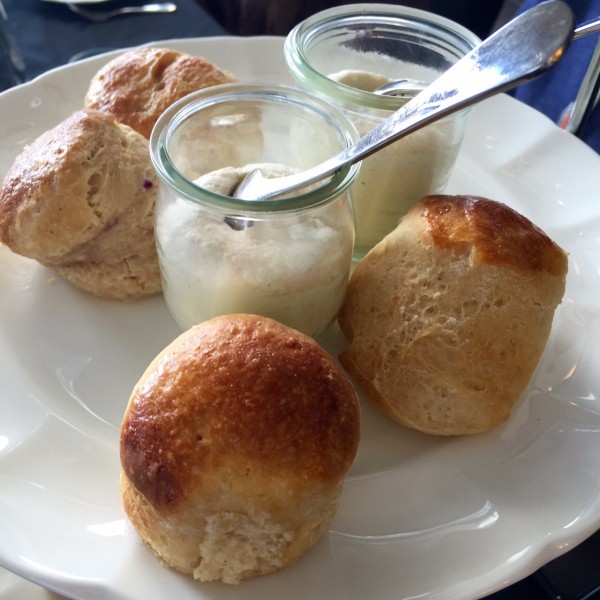 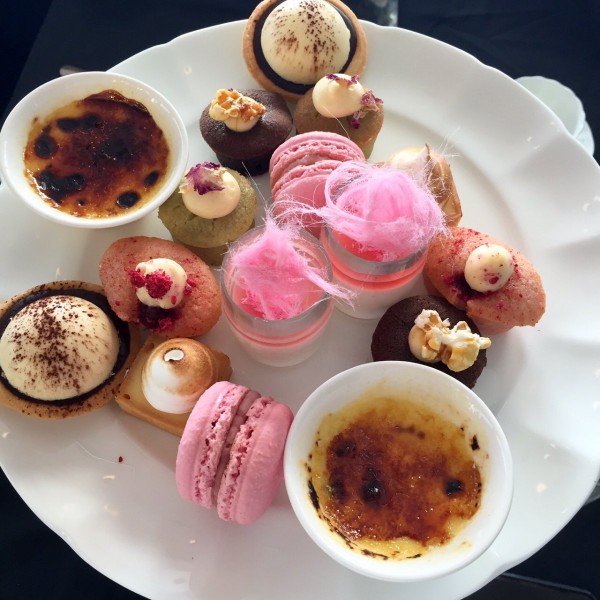 What I was comparing my experience to was high tea at the Plaza in New York City, which is probably an unrealistic expectation, as well as high tea at the Hyatt which has consistently been good over the years. The Hyatt is also the only high tea I’ve been to that provides unlimited food, so it’s definitely value for money.

So although this wasn’t the most amazing high tea I’ve had, my family really did enjoy it. Sometimes that’s all that matters.

The Burbury, located at 1 Burbury Close, Barton, hosts high teas every Saturday and Sunday between 1 and 4pm. The cost starts from $45. It’s definitely something a little different from the usual hot spots.

My favourite high tea in Canberra is the one at QT. Divine!

Oooh I haven’t tried that one yet. Will have to look out for the next one.

My favourite high tea in Canberra is the one at QT. Divine!