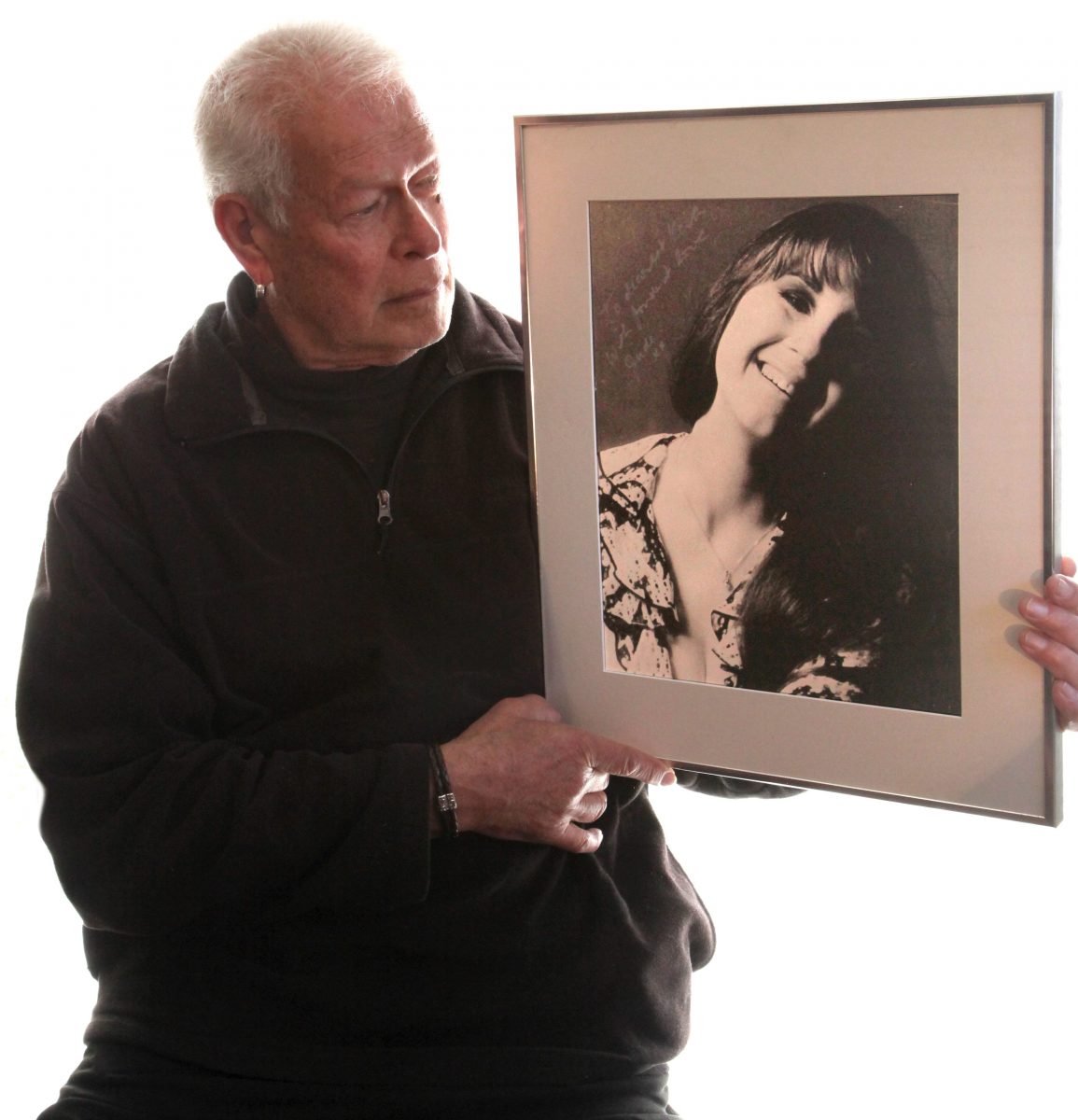 Keith Potger at his Braidwood home on Wednesday (10 August) with the signed photograph of Judith Durham. Photo: Elizabeth Hawkes.

Keith Potger knew his “little sister”, Judith Durham, was ill. As members of The Seekers “family”, as Keith describes it, they had kept in touch over the years, as they had with band mates Athol Guy and Bruce Woodley.

“I knew that she hadn’t been in tip-top shape,” Keith told Region from his home in Braidwood in the NSW Southern Tablelands, “but over the years, there had been many times when it looked like a disaster, but she always seemed to pull through heroically.”

But on Thursday, 4 August, Keith got the call from Judith’s sister that she had taken a turn for the worst.

“I was getting ready to get in the car to drive down to Melbourne to see her, but the following Friday, there was another call. Her sister Bev gave Judith the phone so I was able to speak to her a few hours before she died. I know Athol and Bruce got that opportunity too. There are no words to describe how special that opportunity was for us to say farewell.

“In what was to be our last phone call, we spoke of our love for one another, our incredible journey together. I guess you could call it the closest thing to a living eulogy you can have.”

Judith Durham died in Melbourne on 5 August from a lung condition she had been suffering from since childhood. She was 79.

Keith said it felt he had known Judith Durham for a lifetime.

He recalls the first time he heard her sing in a coffee bar in Melbourne more than 60 years ago.

“My memory bank is quite selective, but I do remember hearing her voice for the first time and thinking, this is the start of something big.

“The three of us, Athol, Bruce and I, were really big singers, but she matched us decibel for decibel. But she wasn’t just loud, she was accurate – she had a glorious and melodic voice.” 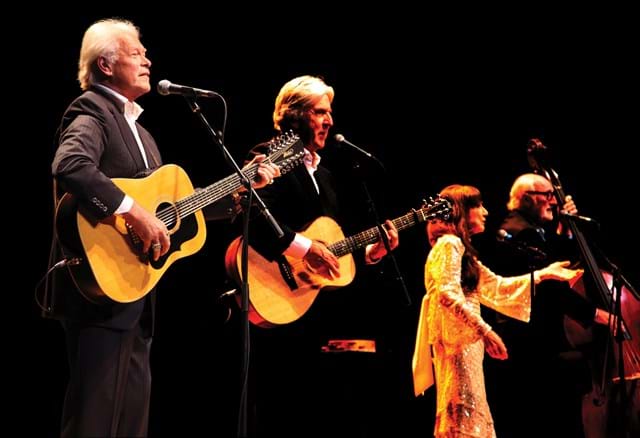 From that day in 1962 a young Judith Durham, with the voice of an angel, joined The Seekers. With Keith on 12-string guitar, banjo and vocals, Athol Guy on double bass and vocals, Bruce Woodley on guitar, mandolin, banjo and vocals, and Judith on vocals, piano and tambourine – they were to become this country’s most popular group.

The hits started climbing up the charts from the early 60s and didn’t stop.

From I’ll Never Find Another You to A World of Our Own, Georgy Girl to The Carnival is Over, the band became one of Australia’s best, not only filling auditoriums around this country but selling out places like the Royal Albert Hall in London and some of the world’s other great entertainment venues.

They were named, jointly, Australians of the Year in 1967, but Durham was to leave the band the following year, keen to pursue a solo career. 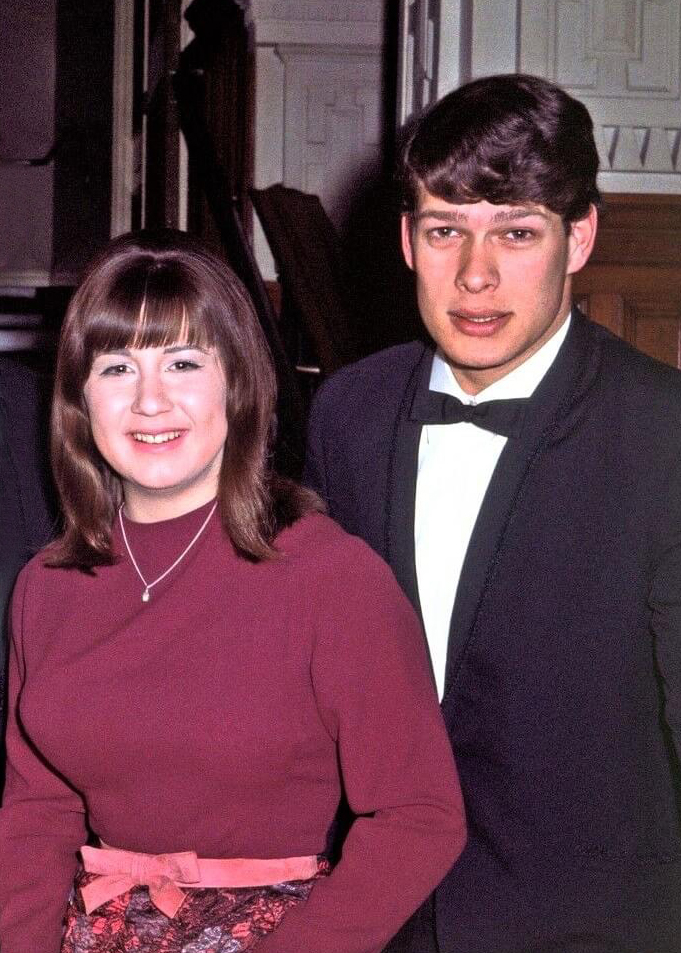 Judith Durham with Keith Potger in 1966, at the height of The Seekers fame. Photo: Keith Potger.

The band reunited in 1992, playing to more than 200,000 people at the Sidney Myer Music Bowl in Melbourne. Over their long career, the band sold more than 50 million records worldwide and went on to tour into the 2000s.

In the Queen’s Birthday Honours List of 2014, each band member was honoured as Officers of the Order of Australia.

Keith said one of his abiding memories of Judith Durham was a signed photograph of her. “She gave it to me many years ago, and it is still on my wall here at home today. It was in the mid-80s. We had disbanded and got together again, but it’s a very different-looking Judith Durham than the one the public was aware of. For me, it’s a special treasure, a very abiding recollection of that wonderful person.”

These days, Keith Potger lives in Braidwood with his partner, photographer Elizabeth Hawkes. At 81, he continues to sing and play for his fans as a “wandering minstrel and random singer”. He moved to the village in 2015 from Sydney.

“I had known about Braidwood for decades as a wonderful little town, so when the opportunity came up, I moved here. It’s a great place to live.”

READ ALSO Legends, larrikins and the Australian identity: who has time for Henry Lawson now?

Keith’s next performances at Bungendore’s Carrington Inn on 30 September and 1 October will pay tribute to his lifelong friend and bandmate, Judith Durham, playing some Seekers favourites and some of his solo material, but always accompanied by his 12-string guitar.

“When I play Seekers songs at these gigs, they will certainly take on special meaning for me.

“Saying goodbye to Judith was hard, but we had so many happy times together that memories of them have now overridden the sense of grief,” Keith said.

“Her loss has been felt by all of us. I know Athol and Bruce feel the same as I do. You try to focus on the happy times and enjoy the memories.

“She was our little sister. It is accurate to say we were a family. We were all connected to each other.

True never will find another one

She is was very special.You were amazing.

Grrat to see posts about judith 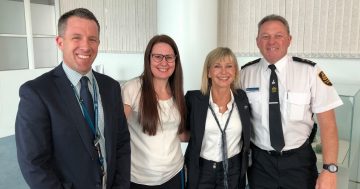 Have you ever had a brush with fame? Some are more memorable than others