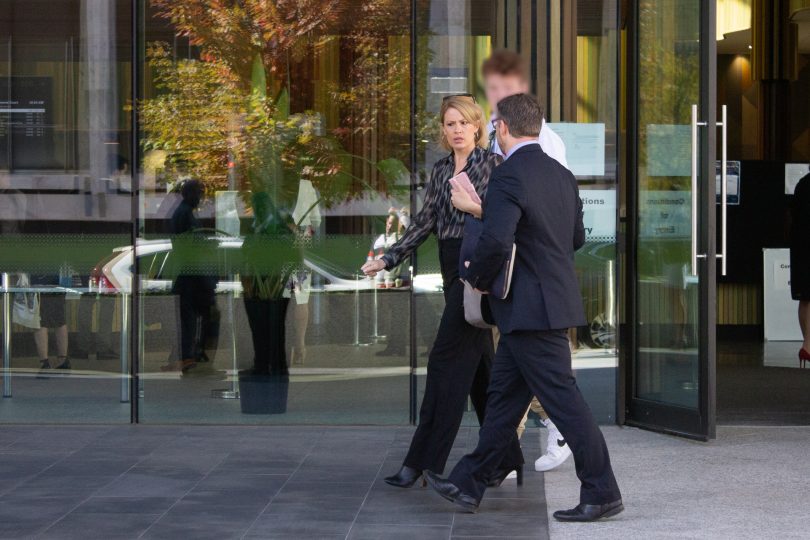 The long-term director of a not-for-profit daycare centre will fight claims she stole hundreds of thousands of dollars from the facility.

Emma Louise Morton is accused of stealing $330,000 from the Weston Creek Children’s Centre and has been charged with 49 counts of obtaining property by deception.

The 47-year-old appeared briefly in the ACT Magistrates Court on Friday (16 April) where her lawyer Gavin Mansfield from O’Connor Harris & Co entered pleas of not guilty to all charges on her behalf.

According to the original court documents in Ms Morton’s case, from July 2020 to February 2021, she allegedly made 23 transfers of different amounts of money from one of the centre’s bank accounts to bank accounts in her name.

READ MORE Woman who allegedly stole up to $500,000 from a childcare centre denied bail

The documents further state in March and April 2020, a staff member at the centre allegedly found three transactions worth $130,000 had been made in those months from one of the centre’s bank accounts.

When they approached Ms Morton over the issue, she allegedly said their bank had advised her to move the first transaction of $50,000 to another bank and call it the “COVID account”. The two other transactions put money in a six-month term deposit.

After her arrest, police said the destination of these funds was unknown.

Ms Morton spent almost two weeks in custody before she was granted bail in mid-March.

Police laid an additional 26 counts of obtaining property by deception and accused her of taking an extra $170,000 from the centre between March 2020 and February 2021.

In total, the Campbell woman is accused of stealing $330,000 from the childcare centre where she had been the centre director for 22 years. She has been charged with 49 counts of obtaining property by deception.

In court on Friday, Magistrate James Lawton accepted Ms Morton’s not guilty pleas and varied then continued her bail.

The next time she will appear in court will be 24 June.

Does anyone know what happened with this case? A friend mentioned it yesterday as we are planning to send our son to this centre next year.