“We’ve been saying for years that there is no meaningful police presence in Weston Creek or Molonglo”, Community Council president Tom Anderson says, ahead of the Council’s ACT election debate on Wednesday.

“Unfortunately, that’s only been highlighted by the tragic events of this weekend.”

He’s referring to the stabbing death of a teenager at the Weston Creek skatepark, but the Council says they have been deeply concerned for years by the threat to property from multiple burglaries.

They say they’ve consistently requested a permanent police presence in the area, citing attendance times of well over an hour for callouts.

Not that the Council blames police, whom they say are often simply overstretched and cannot respond in time.

“We’ve been promised a police station in the Weston Creek town centre but we’ve seen no plans and we have no idea when it will be developed, which means it’s three or four years away at a minimum,” Tom says. “We don’t need it then, we need it now.” 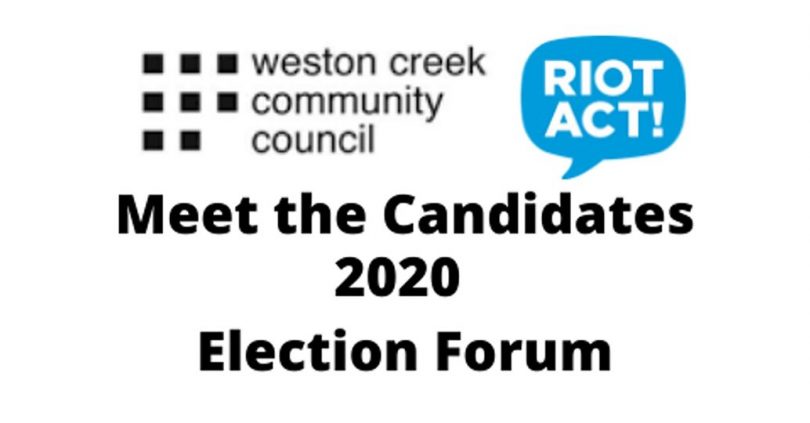 Instead, police are called out from Woden, 12 to 15 minutes’ drive away at the very least. And while the ACT Government announced 60 extra police for the Territory over four years, Tom points out that means 15 per year, divided between five existing stations, and ending up with “part of an extra policeman on every shift”.

“In one month last year, there were 43 burglaries in Weston Creek and Molonglo, which is three every two days. Sometimes people are at home when the burglaries occur and sometimes the thieves have returned the next day.

“Police do arrive but it can be several hours later. But it’s not just the police at Woden. The police force hasn’t grown with the Canberra population”, Tom says. “Not much money has been spent on police for a very long time.”

There are other urgent issues for locals including the state of the community centres which at 40 years of age desperately need a facelift. That’s also a longstanding request from the Community Council. Locals would also like a library, either inside or adjacent to a refurbished community centre.

“The community centre is a wonderful space, but getting very tired,” Tom says. “We haven’t had access to a library since the mobile service was discontinued around 2014.”

The Council is pleased with promised upgrades to the Duffy and Fisher shops, but are calling for a Weston group centre masterplan that takes into account the changing nature of the community.

“The current plan is way out of date and urgently needs a revamp and the planning for Molonglo is dreadful.

“That’s led to some very poor outcomes around things like the maximum dwelling unit numbers on-site.”

He’s referring to sites like the Zapari development in Coombs, where a block sold with a maximum dwelling limit of 44 but was then the subject of a development application for 212 apartments.

“Planning issues are right on the top of our list for those reasons. We don’t want to see any changes to RZ1 on principle. RZ2 can be changed but RZ1 shouldn’t be.”

The Council is hopeful that their voice will be heard more clearly following the expansion of the Assembly and their redistribution.

“When we were in Molonglo, we often felt forgotten, but now we’re in Murrumbidgee and we seem to have more impact,” Tom says.

The Candidates 2020 Election Forum will be live-streamed via the RiotACT Facebook page from 7:30 pm on Wednesday, 30 September, and is the fourth in a collaboration between Region Media and Canberra’s Community Councils.

Very sad that an 18yo has been murdered, but even sadder is that if ACT had a half-decent police force, maybe community crime would have been curtailed long ago and this kid would be alive today.
The ACT has the worst performing police force in the nation. Look up the Justice chapter of the Productivity Commission’s annual Report on Government Services: https://www.pc.gov.au/research/ongoing/report-on-government-services/2019/justice/police-services/rogs-2019-partc-chapter6.pdf

They are the worst at solving crimes – the worst for s-x assaults (they solve 20% of them compared to 60%-80% in other juros), armed robbery, car theft, 2nd worst for “Other Theft”.

But because many/most people “feel” safe they don’t reckon there’s a problem.

We have an arm of government (police) providing a service and function (policing and safety) and in the ACT they are the WORST in the country (have been for years), but this isn’t an election issue? 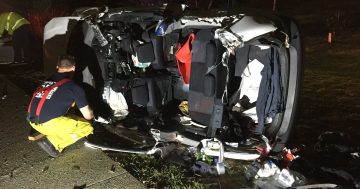