What to do if you’re caught drink or drug driving 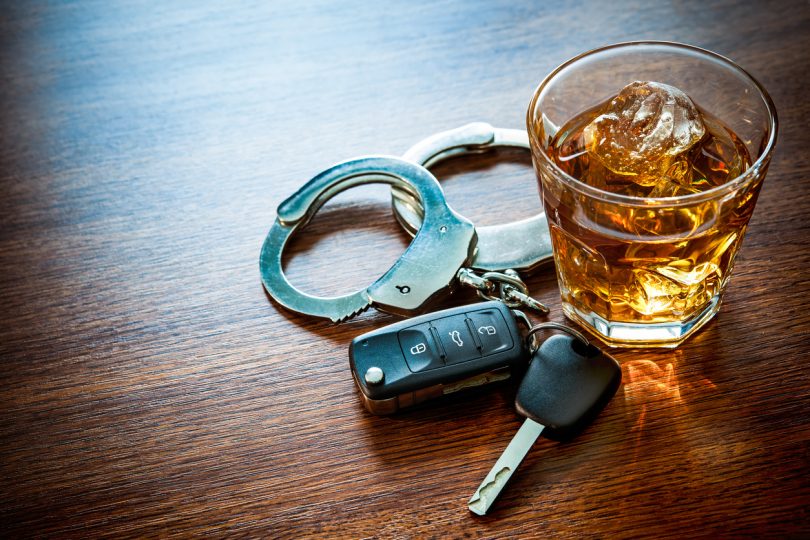 “If you do get caught drink or drug driving, don’t panic and don’t try to go it alone.”

Alcohol is a widely accepted part of Australian culture, with 82 per cent of us admitting to drinking at least once every week. Our love of meeting for a drink, sharing a beer, or enjoying a glass (or bottle) of wine over dinner is often parodied in TV shows and movies – leaving us with a bit of an international reputation for being boozers.

But when it comes to drink driving, it’s no laughing matter, with approximately 20 per cent of 2017 road fatalities involving drink driving.

And it’s not just the alcohol. Drug driving has become an equally serious issue, and is increasingly targeted by mobile drug testing. According to the latest ACT Policing annual report, there were 885 reported incidences involving drink driving offences in 2016-2017 (a decrease on previous years), with 432 drug driving offences (almost triple the previous year).

Being caught drink or drug driving can have huge repercussions on your daily life, including fines reaching into the thousands of dollars, a likelihood of losing your licence for an extended period of time, and even a term of imprisonment.

According to Emily Bowler and Claire Natoli, specialists in criminal law at Baker Deane and Nutt (BDN) Lawyers, the majority of the clients they represent aren’t heavy drinkers who blew way over the limit. Instead, they’re genuine folk who were out on a Friday or Saturday evening, and didn’t think they were over the limit.

“Counting alcoholic drinks isn’t a very reliable method of staying under the limit,” says Claire. “Time and time again we see people who thought they were fine, but everyone metabolises alcohol at a different rate, so it’s hard to say whether a certain amount of alcohol before driving is safe.”

Emily adds that mobile drug testing also catches people off-guard, as they may not have taken a proscribed drug for weeks, yet they return a positive reading.

“Drugs can stay in your system for a long time. So even if you took something a couple of weeks ago, there’s still a chance it will show up on a mobile drug test,” she says.

Claire and Emily, who have known each other since studying law at ANU, say they represent clients in both the ACT and NSW, and are passionate about helping people understand the process and the options available to them, and ensuring they have quality legal representation in the court room.

“When it comes to penalties for drink and drug driving, fines and licence disqualification are common. Some people receive good behaviour orders; it really depends on the circumstances. In some cases, you may be able to ask for less than the default disqualification period, or present special circumstances for the court to consider.

“A restricted licence is another option that applies to some drivers, and may allow them to keep their licence for travelling to and from work only.

“Unfortunately, without proper legal advice, many people don’t know what is available to them. And the whole process can be quite daunting.”

If you get caught drink or drug driving, Emily and Claire recommend:

“We can help anytime,” says Emily. “But you’ll often get a more favourable result if you bring us in early. (At BDN) we’re a family-owned legal practice with a really close-knit team, so you’ll often get more than you pay for. We’re always bouncing ideas off each other to see how we can do best by our clients, and that breadth of experience is incredibly valuable for them.

“We’re a full service law firm too, which means we can get to know you and help you through many of life’s challenges – from criminal law, to personal injury, conveyancing and more.

“If you do get caught drink or drug driving, don’t panic and don’t try to go it alone. Get someone on your side early who can guide you through it.”

For help with a drink or drug driving charge, call Emily or Claire from BDN on 6230 1999 or visit Baker Deane & Nutt Lawyers.

Ryan Winefield - 30 minutes ago
Chris Olsen they need to bring back KIX 106fm "rock of the nineties" View
Julia Piccoli - 13 hours ago
TBH it’s all inane noise. The music. The ads. The ‘presenters’. They don’t value add to my life. Therefore audiobooks... View
News 21

Andrea Mya Riboust - 1 hour ago
Matt the former I assure you 😄 View
The Martini Whisperer - 3 hours ago
Lucky they’re weren’t in Texas. View
HiddenDragon - 6 hours ago
So the Big Merino will be the command HQ for Gilead Down Under - and they said it couldn't happen here......... View
Food & Wine 12