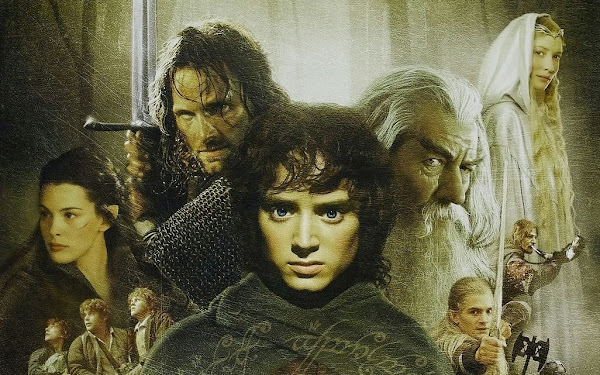 The Canberra International Film Festival Board is honoring producer Harvey Weinstein and his body of work later this month with a series of events spaced out over 3 days (the 22nd, 23rd, and 24th of November).

We’ve mentioned if before if you want to read up on it.

If you’re not a movie buff you might not pay much attention to who produces the films you watch, and you may not recognise the name Harvey Weinstein. However you will recognise the movies he’s been responsible for.

Harvey’s movies have won 78 Oscars over the years, and he’s been involved in some of the biggest AAA big budget movies as well as many cult classics and numerous beloved art-house films.

He’s kind of a big deal is what I’m saying.

The Canberra International Film Festival Board have been kind enough to gift us some double passes to the festivities. If you’re a movie fan, or if you really want to impress a movie fan with the best date ever, then you need in on this competition.

We’ve got one free double pass double pass to the Oration at the Museum of Australian Democracy on the 22nd of November to give away, and one to Mandela: Long Walk to Freedom plus Closing Night party on the 24th of November.

How do you enter?

Just tell us what your favourite Harvery Weinstein film is and why!

Check out his imdb page for inspiration.

Johnboy and I will then pick out the people whose answers we agree with the most and you will win a double pass!

gangs of newyork is my favourite 🙂

My favourite ‘Harvey Weinstein’ film is THE LORD OF THE RINGS Trilogy.

Obviously important enough to make it as the image for this article, but also notable for being a film that has Harvey Weinstein (and his brother) attached only by name: they became involved way back in 1995 but Peter Jackson balked at their ideas (which primarily revolved around reducing the three books to one two-hour film and cutting out/merging/shortening a whole bunch of plots and characters) and found additional funding elsewhere.

Jackson goes on to make an epic trilogy with all the depth and details from Tolkein’s novels intact and the Weinstein brothers are rake in millions simply for getting in on the rights early. Win-win for all!

Chocolat! Because I, too, fail to wear black shoes like the other mothers, getting around in my shiny red pumps for no reason other than because a splash of colour makes me smile. And because everyone needs a little sweetness in their every day, be it chocolate or some other treat. 🙂

PULP FICTION, because it ushered in a new era of film-making (as wella s the phrase “Tarantino-esque”).

Gayle Marie Stone - 2 minutes ago
Lauren Ellen you are joking! You need to come back to Queensland.... View
Sanyukta Chatterjee - 4 minutes ago
Yash Mehrotra the last of it 😞 View
Mel Willis - 6 minutes ago
Tania Turner September always try to trick us! View
Community 61

Noni Evans - 6 minutes ago
Casey Jane , found any yet? View
Lorraine Clements - 1 hour ago
Got some outside our place that I have put little jewels all over them. View
Opinion 140

Capital Retro - 13 minutes ago
with an e-scooter as the safety vehicle View
Lucas Danes - 47 minutes ago
Yes please and thank you very much. View
Bruce Lamb - 1 hour ago
Will never happen if racing has to be finished before 5 pm. The almighty TV gods that have complete control of Supercars will... View
Community 6

Annie Tully - 20 minutes ago
Nice article 😊 View
Brian Lodge - 1 hour ago
Hi Susan how wonderful Congratulations to Mark and Coral , they were great neighbours (very caring) back at Tulla over the ye... View
Gail Tully - 2 hours ago
Thank you Amy View
News 19

Frank Waters - 26 minutes ago
I lived there in 88. It was used to house public servants in 70s. I thought students needed more accommodation? View
Mark Heinrich - 48 minutes ago
Warwick Bradly - I stayed at Macquarie Hostel when I first came to Canberra in 1984. ‘Live-in’ officers were normally qua... View
Peter Graves - 1 hour ago
Some very interesting memories here. Anyone's go back as far as Reid House, Barton House (which wasn't a Government one), Hot... View
News 5

chewy14 - 48 minutes ago
The reason why those plans are pushing for Vaccination of parents and teachers is not to protect the children, it's to protec... View
Dilkera - 1 hour ago
In commenting about students returning to school, it is important to remember there will be a cohort of 0 to 11 year old chil... View
Opinion 56

chewy14 - 59 minutes ago
Won't be fooled again, That's a joke right? This isn't about China launching a military attack on us in the short term, it's... View
Futureproof - 2 hours ago
We don’t owe the French anything. This is a business transaction and all they produced was paper and highly paid middle men... View
Lifestyle 5

It can't be a true Canberra suburb without a playground. And sure enough, the new suburbs of Taylor and Coombs...
Community 60

@The_RiotACT @The_RiotACT
A #construction worker at a site that was listed as an exposure location says he didn't feel safe at work due to a lack of #COVID-19 safety protocols https://t.co/Gq8rRKGtox (24 minutes ago)