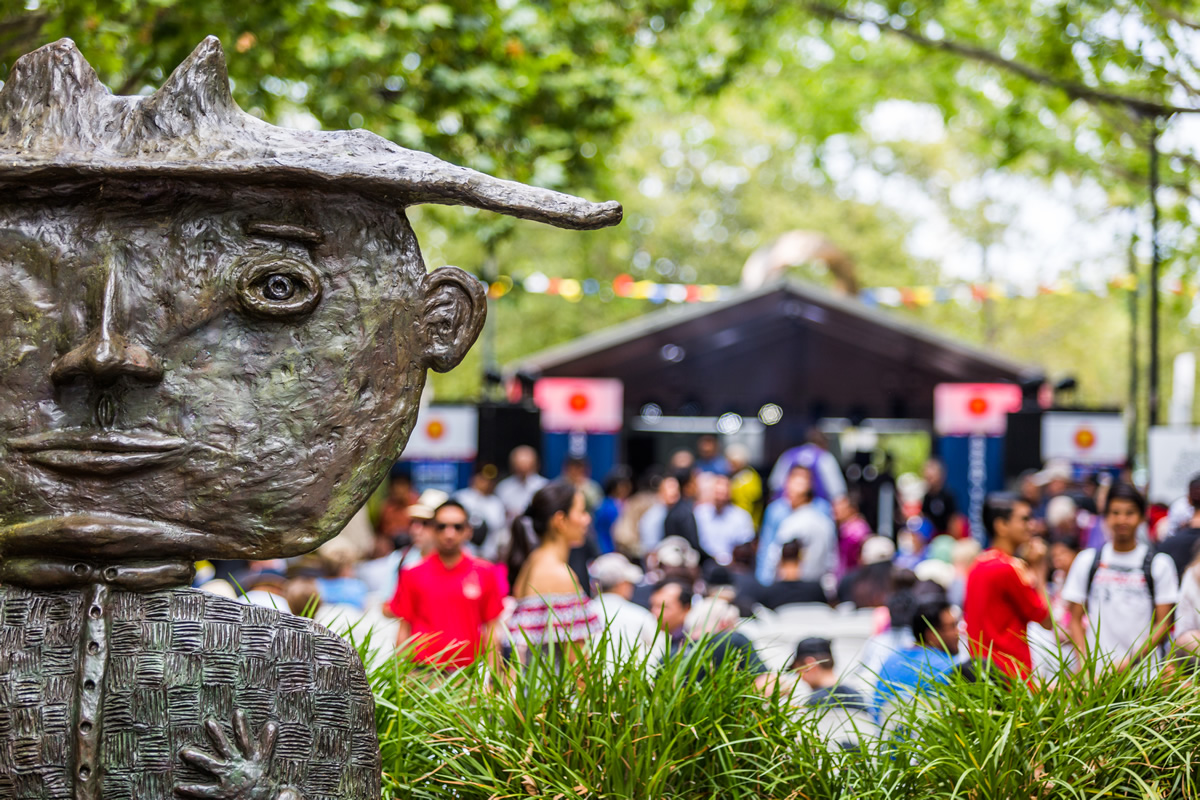 A list of those granted liquor permits at this month’s Multicultural Festival reveals that while not all are big clubs, most are commercial enterprises including local brewers, a supermarket, and restaurant.

The 20 permits are far fewer than last year’s event when 62 stallholders, including not-for-profit community groups, were able to sell alcohol and boost their incomes.

Festival organisers said they had decided to cut the number of liquor permits to reduce drunkenness and maintain a safe, family environment for the event, citing feedback from police in a review of last year’s festival.

Craft brewers BentSpoke and Capital Brewing are among the permit holders, as are the George Harcourt Inn, Mobile Margaritas and World of Beer.

Clubs include the Croatian Club, Serbian White Eagles Football Club, and the Harmonie Club, while the Supa IGA from East Row and Korean BBQ will also be able to sell alcohol at the festival.

But longtime festival volunteer Leo Dobes, who has criticised the move to slash the number of liquor permits, said the great majority of permit holders were commercial enterprises and the community associations were being disadvantaged.

“What’s happening is that the liquor permits are being given to people who already have income sources. The community associations don’t have that at all. They are the smaller end of town and being disadvantaged,” Mr Dobes said.

“It’s not clear why the guys who already have a business are getting the advantage.”

He said there was no reason why they shouldn’t get a permit but believed the others should as well.

The row over liquor permits comes as the Festival faces fewer stallholders and disquiet among the diplomatic missions, with the Tongan Embassy upset at being refused a permit and accusing the Government of disrespecting their culture by stopping it from selling handicrafts.

Was a brief visit this year. Thank god coffee club had a stall! Dont want this event to be different to rocking up to a Westfield on a Tuesday morning. Whoevers in charge, time to go.

As usual I suppose most of the bars in civic will trade through the event so that’s always an option. You can’t expect perfect behaviour when so many people are involved and most antisocial behaviour occurs long after kids and families have gone home. There is an element of wowserism creeping into Canberra though; those of us who have fond and perhaps slightly hazy memories of The Food and Wine Frolic were witness to a riotous party on a large scale – and we loved it!

Surly having less outlets will create longer lines and wait times. I can only see this leading to a increase in anti social behaviour. The National Multicultural Festival has always been one of my favourite events of the year, why try to change it. I feel Walter and Marion would have loved the NatMultiFest as it is one of few times Civic is full of happiness

Have the organisers or police or government released any figures on the number of arrests at previous festivals and compared them to an ordinary February weekend? If so that would be useful information in looking at whether the reduction in permits was justified. If they haven’t, then I’d have to say there is no justifcation.

Maybe they want to reduce crowds and kill it off?

What a bizarre list of liquor permit holders. What are the ACT government doing? They seem intent on addressing a problem that doesn’t actually existing and in the process destroying what’s previously been a great weekend in Canberra.

Will not be attending as we very rarely go to Civic. We did go last Sunday and the smell of urine in the surrounds of Garema Place was atrocious. I hope they give the whole are a steam clean before they set up.

Samyukta Paturi - 15 minutes ago
I am just wondering how are public hospitals going to be managed with increased number of cases from next week.Do we have a p... View
Mæ Ķaýle - 47 minutes ago
They are saving the RATs for the next "super strain" scare people a bit more first, then raise the prices (which should be fr... View
Zahidul Alam - 1 hour ago
A very well planned approach. What could possibly go wrong 😂😂😂 View
Motoring 25

Mark Johnson - 50 minutes ago
Belinda Makrides don’t think it would make a difference. Toyota have a pretty good rep no matter where they are made. The H... View
Mark Wallin - 2 hours ago
A car you operate rather than drive. View
Opinion 43

Capital Retro - 3 hours ago
Another ACT government "pop-up" failure. View
kenbehrens - 3 hours ago
CR, I'm not sure that he's been this far south? There's no Light Rail planned for Erindale! Why didn't they place this large... View
MrBlank93 - 5 hours ago
Not very useful when you have to leave with cans that it refused to scan. It seemed to reject 15% of them on first try, then... View
Opinion 12

@the_riotact @The_RiotACT
After more than 25 years, the iconic #Sfoglia Patisserie and Cafe in #Dickson will serve their final coffee this Saturday https://t.co/NROhjkTshL (27 minutes ago)