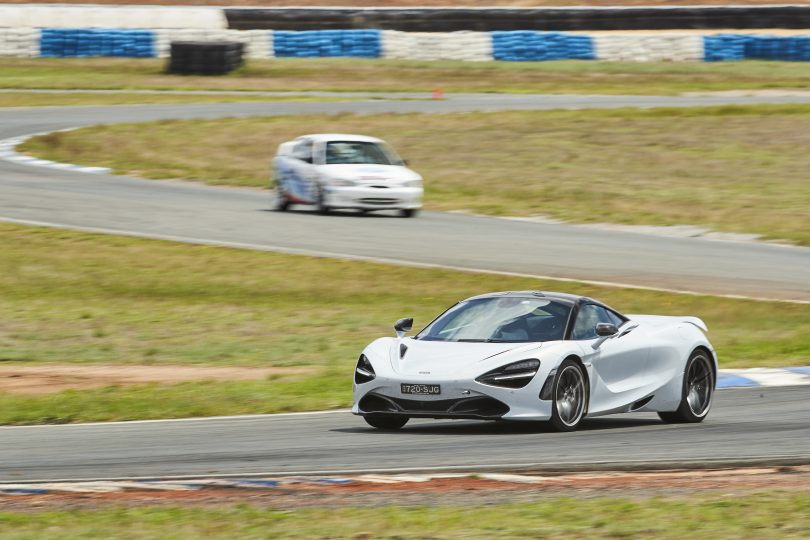 Every road comes with a caveat. It takes the form of a little white sign with a red circle and a number on it.

There are good reasons for speed limits. In a city, roads are littered with intersections, driveways, parked cars and, because it’s Australia, the usual crop of bumps and potholes. Speed limits help keep us safe and we rightly frown on people who risk not only their lives (and their passengers) but also ours by speeding.

But I think it’s safe to say that at some point, we’ve all looked at our speedometers and thought, “I’ve bought a car that can do 220km/h – I may as well get my money’s worth”.

Well, hold that thought. There are at least two places in the ACT and surrounding region where those as young as 14 can drive at whatever speeds take their fancy.

Just off Sutton Road between the Canberra Airport and Queanbeyan is the Fairbairn Park Hill Climb Circuit.

This 1-km-long, Q-shaped stretch of tarmac was draped over this hill in the 1970s as a purpose-built venue for – as the name suggests – hill-climb racing. One at a time, competitors try to get up and down the hill as quickly as possible.

For some context, a Lotus Elise sports car set the record last year with a time of 26.39.

It’s now owned and operated by the Southern Districts Motoring Association (SDMA) and events are held on the first Sunday of every month.

That will be a pleasant taste, but provided you book online first, $175 will get you the real-life, fully-fledged Gran Turismo experience. South of Goulburn is the Wakefield Park Raceway – 2.2 km of proper race track complete with pit garages and red and white stripes in the corners.

It was built in 1983 in honour of the founder of Castrol Oil, Charles Cheers Wakefield, for all he had done in getting amateurs into motor racing. Over the years, it has been the scene for the V8 Supercar Series, Australian Superbike Championship, Australian Motor Racing Series, and other competitions, but amateur racing still makes up the bulk of its business.

Every day, normal people bring their normal cars and take them all the way to the end of the speedometer.

“The normal number of sessions … range from five to seven with each session being approximately 10 to 15 minutes in length,” their website reads.

“You will go home tired after a day at Wakefield Park!”

If all this sounds a bit too good to be true, it is. It turns out even tracks come with caveats. 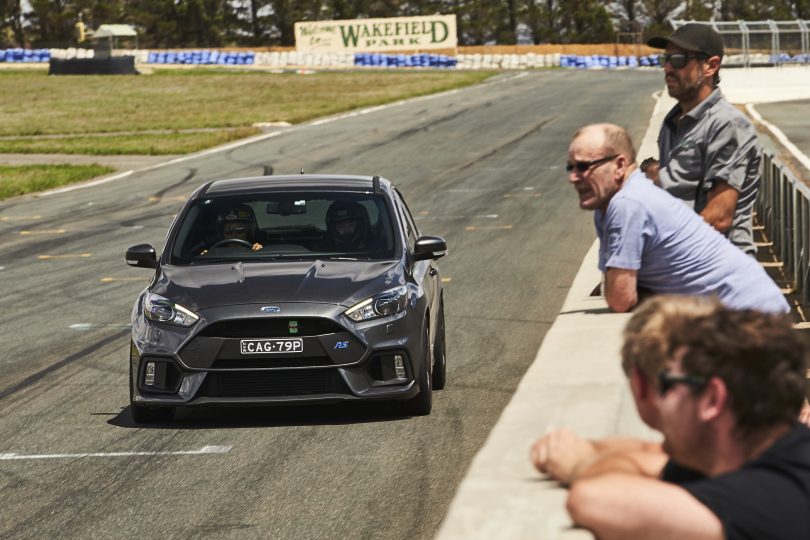 Your daily drive is welcome at Wakefield Park.

To drive your own car on either track, you need a unique Speed licence. This can only be obtained if you’re a member of a motoring club such as the SDMA.

The licence is then $143 from CAMS (Confederation of Australian Motorsport) or starting at $95 from the AASA (Australian Auto-Sport Alliance). Alternatively, one-day licences can be bought on the day at Wakefield Park for $35.

But you’re not done yet … Come track day, you must wear a long-sleeve shirt, long pants, enclosed shoes, and a helmet approved by Australian standards. The SDMA requires that a minimum 900 g fire extinguisher be secured with a metal bracket inside the car. Wakefield also has a noise limit. Cars putting out 95 decibels or more as measured from 30 metres will be banned from the track.

If all of this sounds too hard, there are also ‘drive experiences’ available at Wakefield from $250. This will get you laps in an F1-style Ford, a V8 Holden or Ford race car, or more.

Also starting at $250, the likes of Fifth Gear Motoring and Track School run defensive and advanced driving courses at the track for those wanting to hone their skills.

It’s a lot cheaper than a speeding fine and it might be just what you need to get the speed bug out of your system. 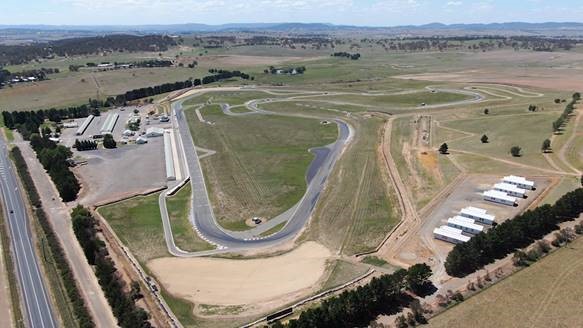 The 2.2 km Wakefield Park at Goulburn is open at amateurs.

Also missed out on the Motorkhana series run by the local MG Car Club. A much better foot in the door form of motorsport which is far lower risk than higher speed events and HUGE fun factor.

And for those wanting to try their hand at the very entry level of rallying the Light Car Club of Canberra run Khanacross as well. Essentially a motorkhana on dirt.

Both the above can be done in your standard road car without putting too much at risk and are unbelieveably fun, and low cost too.

Theres speedway, a brilliant kart facility, heaps of motorsport at our fingertips. Theres also the Pheasant Wood Circuit - Marulan NSW at Marulan for a smaller circuit alternative to Wakefield which is another excellent facility and also not too far away.

Jack Greentree check the excel in the back ground

You may want to check that record time quoted for the Elise around Fairburn. A quick lap is mid forties.

Good fun, but check your insurance before putting your car on a track just in case, in the words of Casey Stoner to Valentino Rossi, your ambition outweighs your talent and you damage your car.

Brendan Cockerill also need to consider implications with respect to warranty. The only car with a track warranty is the i30N and that's only for non-competitive track use. Shannons still cover a car used for motorsport to and from the venue but not on the track. You can get on-track insurance but frightened to think what that may cost.

Chris Polglase $100 per event with Famous Insurance, but only if you have a general policy with them

Jack Palmer that's not bad at all. Is that a fixed rate for every vehicle irrespective of value?

Chris Polglase Yes, but they only cover up to 10k and only for events that require an L2S license or lower. It’s limited but it is better than nothing and if you’re like me and the car’s only worth 10k, it doesn’t really matter

chewy14 - 37 minutes ago
Wow, polling commissioned by a left wing think tank finds that the left wing Greens are going to do really well at the next e... View
News 1

JS9 - 53 minutes ago
Gee the ACT really does scrape the bottom of the barrel to find political nominees on all sides of politics.... just another... View
News 20

Cass Proudfoot - 5 hours ago
It would be a lot more suitable than rows of demountables on Campbell and Lyneham school ovals, which is the alternative. Unf... View
Elroy Jones - 14 hours ago
Chris Ellis Gordon puts and angry face on every post View
News 34

Fast Fun for all with Hyundai N at Wakefield Raceway

@The_RiotACT @The_RiotACT
The West Basin place plan has been released by the ACT Government, providing valuable detail about the multi-year development, but little mention of where the area's residents will live https://t.co/ThGXcooFe6 (38 minutes ago)

@The_RiotACT @The_RiotACT
Police have renewed their calls to find Amara Hynes, 14, who has not been seen or heard from since 5:00 pm on Saturday at Jerrabomberra https://t.co/hQ4E3HaQJ3 (52 minutes ago)