Why the main parties' tax policies don't add up 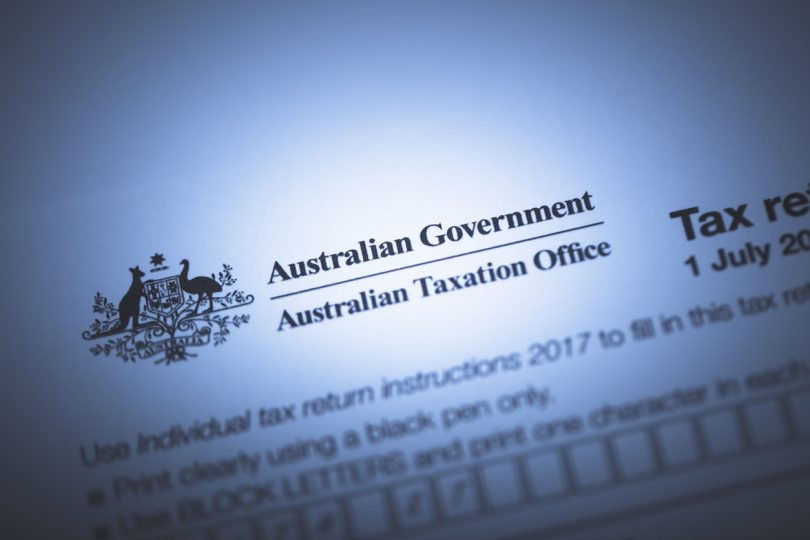 A Federal Budget in an election year always offers handfuls of sweets for the kids. But it can often be the case that while the goodies taste great at the time, the bill from the dentist can come as quite a shock.

This was the case when Treasurer Josh Frydenberg and Shadow Treasurer Chris Bowen put forward their respective plans last week. Both offer hundreds of billions of dollars in tax cuts yet project a return to surplus.

Australia’s mining boom is long gone and while I’m eternally optimistic about our nation’s future, you have to wonder how it all adds up. While voters are sceptical about surpluses after a decade of deficits, we must also weigh up just whose money is being used to fund the bonanza.

Taxation is a vexed issue for governments. It is needed to pay for services, yet increasing taxes is considered a politically risky move. Voters don’t like it, particularly when they see precious taxpayers’ dollars being wasted. The Prime Minister’s $185 million jaunt to Christmas Island is a prime example. We also need to ensure that society’s most vulnerable are not left behind. It is a tough task to get the balance right.

While I agree with Labor’s intention to ensure that multi-million dollar self-managed superannuation funds pay their fair share of tax, the problem is that not all of these entities receive their income by way of fully-franked dividends. That means that entities with high incomes that aren’t generated through fully franked dividends will continue to avoid tax under Labor’s approach, while genuine low-income dividend recipients, as well as many retirees, will get caught out by the proposed changes.

I also do not support Labor’s proposed changes to negative gearing, nor to capital gains tax. The property market is already falling with many households entering into dangerous negative equity situations. I want to see the market stabilise before we start making changes that could lead to hard-working Australians losing money on their investment properties or rents going up.

As expected, the Government announced further tax relief for low and middle-income earners, building on last year’s Personal Income Tax Plan which is already legislated. While much of it looks good on paper, unfortunately, most tax cuts for high-income earners will only start in 2024.

So rather than rein in spending, Prime Minister Scott Morrison has instead chosen to deny earlier tax relief to the Australian people, preferring to use us as a Government ATM.

Perhaps not surprisingly, Labor’s budget reply didn’t offer much hope for higher wage earners either. Mr Shorten offered even bigger immediate tax cuts to 3.6 million taxpayers who earn under $48,000. He also reiterated that the Abbott government’s 2 per cent deficit levy, which Labor plans to impose on the highest wage earners, taking the top effective marginal tax rate from 47 per cent to 49 per cent, would only be re-assessed as soon as the budget returned to strong surplus.

Personally, I think the top income tax bracket is too high. We need to encourage competition and aspiration and many Australians find it difficult to stomach losing nearly half of every dollar earnt in the top bracket to income tax.

If elected, I will work with the next government to ensure that everyone pays their fair share of tax. This will include ensuring that the Australian Taxation Office is properly resourced to do its job. The Coalition’s cuts to the ATO are nonsensical and counter-productive.

At every election, there is a temptation for Governments – particularly Labor – to take the emotive stance that the rich can afford to pay, when in fact wage earners and businesses prop up the national economy by creating jobs, paying income tax and fuelling consumption.

So both sides will duel all the way to election day with their competing visions for Australia’s future.

But something we can all agree on is that taxpayers’ money could and should be better spent and Independent Members of Parliament have proven time and again their value in holding the Government of the day to account.

Anthony Pesec is a Director of Intelligent Energy Solutions, a Canberra-based renewable energy developer, and is an Independent candidate for the Senate for the ACT.

The peak(s) of the boom may have passed, but the federal Budget is still substantially reliant on mining revenues, with Budget estimates of future iron ore prices being scrutinised and debated in the same way that banana futures would be fretted over in an (acknowledged) Banana Republic.

Bearing in mind the importance of mining revenues to the federal Budget, and that these revenues are derived from selling a finite resource, it’s more than a bit ironic to hear Liberals talking about tax cuts enabled by mining revenues to be “giving people their own money back”, and to hear Labor promising benefits and entitlements which assume that these revenues will continue forever (particularly when many on the Left love talking about some minerals becoming “stranded assets”).

This nation (just like this city) needs a viable economic model which reflects the realities we face in a ruthlessly globalising world.

” free income for retirees aged over 60 was always going to be unsustainable, ……..”

If you are talking about account based pensions from SMSFs you are totally wrong. You must be a different James Daniels to the one I knew in the Canberra Liberals about 10 years ago.

For a start it is not “tax free” as substantial tax has already been taken out of it during accumulation. Additionally, the money in the SMSF actually exists, free of any encumbrance unlike the billions of unfunded superannuation dollars borrowed from other countries to pay defined benefit pensions to the retired public servants who whinge about paying tax when they receive it.

Finally, a retired self-funded couple actually save the taxpayer about $50k a year because they don’t draw an aged pensions and they don’t receive a health care card and lots of other “free stuff”.

As with every election, the ALP are busy demonising anybody living comfortably, and buying votes by promising free cash to everyone else.

It is the same class warfare card they play for every election campaign. It seems to be the only card they have. Blame people paying their own way in life for the ills of the less fortunate, and buy that less fortunate vote with the promise of taking more money and playing robin hood. Unfortunately people don’t see it for the deception it is.

Labor’s franking credit changes are poor policy that will drive investment away from Australian companies and hit low-middle income people harder than higher income people. There need to be changes to negative gearing to encourage investment in more productive sectors of the economy rather than over investing in housing, but they need to be done when house prices are increasing rather than decreasing as the wrong timing could push us into a massive debt crisis like that seen in the US that led to the GFC. CGT needs to be changed from the current discount method back to an indexation model, just one that’s simpler than Keating introduced. Super needs significant reform as tax free income for retirees aged over 60 was always going to be unsustainable, but it’s been in place for years now and its very hard for people to un-retire so its going to need a lot of care in working out how to transition to a fairer and simpler super system.

James Daniels quick point, oz has a second level of underwriting on our primary residence mortgages. Superannuation can be accessed under financial hardship to pay your mortgage. So this significantly reduces the risk and even the loss financial institutions are exposed to. So it makes a US level debt crisis almost impossible. The big and most likely risk is just a long period of stagflation leading to people having insufficient funds for retirement.

Guy Manton At the time they take out a mortgage, most people don’t have anywhere near as much in super as the amount owing on the mortgage, and even if they could pay it off, think about the long term impact of the massive reduction in retirement savings.

James Daniels it wont pay it off, it will just cover the minimum mortgage payments until you get out of financial hardship. Even a small balance would cover a fairly significant timeframe. Your right that the consequences woukd be significant hit in retirement savings. But it also means that a US style collapse is almost impossible. The right time to reign in neg gearing aand cgt concessions would of been 5 years ago. The next best time is as soon as possible.

Capital Retro – Facebook is not a good forum to outline the detail of how the super system should be reformed, but a change that makes super pensions taxable would have to include a rebate to account for the tax paid on contributions and eranings.

*sigh* it started interesting and ended in rubbish. Im on the fence with the franking credits policy. The negative and cgt changes are a no brainer. Not just for tax reform reasons, but to shift our economies overallocation of capital from real estate, to other other investments that generate real economic activity like small business. The argument that someone on 180k+ needs more financial incentives is bogus. We know salary as a motivator and even its ability to provide a material increase in happiness levels out at around 100k. After that other motivators take precedence proffesional respect. If we want to promote real economic change via tax reform we need to significantly streamline our tax system. There is a lot of room for compliance savings for both businesses and individuals.