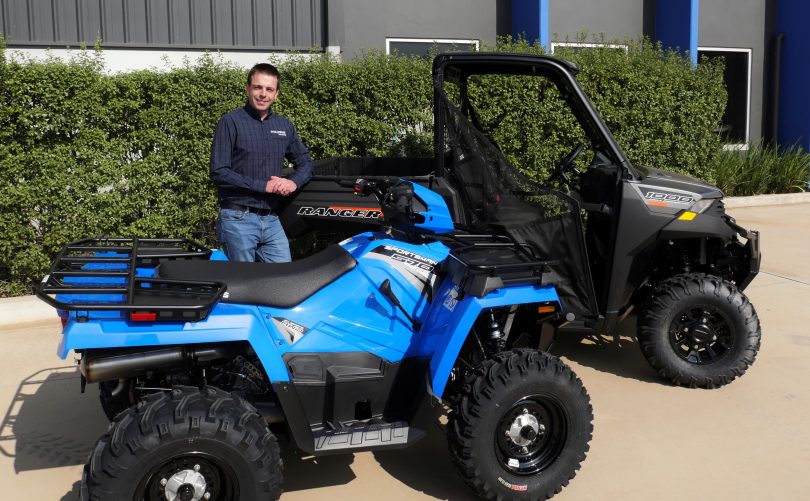 Alan Collins stands with a quad bike, and its replacement, the side-by-side seater Polaris. Photos: Supplied.

The iconic image of a farmer herding a flock of sheep or a herd of cows from a quad bike, directing sheepdogs with a whistle, will soon become a memory. These days, you are more likely to see a farmer on a trail bike, or on a side-by-side all-terrain vehicle like a Polaris.

The reason is a new safety standard from the ACCC – the Consumer Goods (Quad Bikes) Safety Standard 2019 – which is designed to prevent death and injury due to rollovers on the four-wheeled machines.

There have been at least 128 fatalities between 2011 and 2018 due to quad bikes, and it is estimated that six people present to an emergency department each day, of which two are admitted to hospital with serious injuries. Around 15 per cent of quad bike deaths involve children.

One result of the new safety standard has been to drive major suppliers such as Honda and Yamaha out of the Australian market, forcing farmers to choose between trail bikes and side-by-side all-terrain vehicles.

There’s no argument that the quad-bike played an essential part in farming, according to Bayldon Ag Managing Director Paul Nicholl, but farmers are now having to modify how they work depending on the machinery they choose.

Some farmers will continue to use their existing quad-bikes but they must be retrofitted with a rollover protection system. The University of NSW has been conducting some studies into the safety of quad bikes with rollover protection, but Mr Nicholl observed that the testing has been in laboratory conditions, not in the field.

And then there are questions about who holds the liability in an accident with a retro-fitted rollover protection system: the dealer, the farmer, the driver or the manufacturer?

These legal questions helped prompt Honda and Yamaha to withdraw from the quad-bike market in Australia.

Quad bikes do not have seat belts, and farmers generally do not wear helmets, both of which could be contributing factors to fatalities.

On the other hand, side-by-side vehicles such as the Polaris have both a seatbelt and a rollover protection system, but it is still up to the farmer to use them, and whether they wear a helmet. 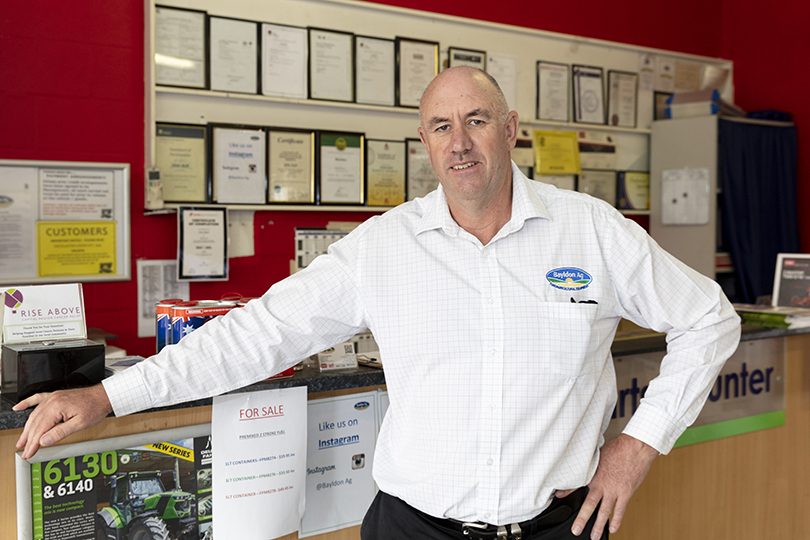 “Most people are making the change over to a side-by-side vehicle which is more expensive than a quad bike,” Mr Nicholl said.

“But, we don’t sell quads anymore. It’s either a trail bike or a side-by-side ATV such as the Polaris, because there’s not enough data in the field to make an informed decision on the safety of quad bikes with retrofitted rollover protection.

“Farmers don’t generally wear helmets either and if you choose not to put on the seatbelt or the side webbing in a side-by-side seater that is not how you operate them safely. This plays a role in the data collected around accidents and how that is reported,” said Mr Nicholl.

“We’re no longer selling quad-bikes, it’s the end of an era. There’s only one manufacturer still in the market for quad-bikes, a Chinese manufacturer. Polaris still have them, but we don’t sell them at all, we can’t even order them from Polaris,” he said.

Mr Nicholl is finding the Polaris side-by-side vehicle is his most popular seller, especially as models can run on unleaded petrol, diesel or electricity. The electric version is popular, said Mr Nicholl, with people looking towards the future and thinking about the environment.

“They’ll make adjustments to how they work over time, but the important thing is to use the equipment properly and never let children drive the equipment,” he added.

For the latest range of diesel, unleaded and electric Polaris vehicles and all your other farming equipment needs, head to Bayldon Ag or call 6297 2833.

Quad bike leg room is OK for tall people but it’s almost impossible for the same tall people to fit in the side-by-side ATVs.