ArtsACT are rather excited that a short film featuring Canberra public art has is getting a big audience:

The documentary Wild Things – featuring the ACT’s very own public artwork bush pack (nil tenure) – has been accepted to screen at the international short film festival Flickerfest on 20 January 2013 in Sydney. Wild Things documents the journey of park ranger turned sculptural artist Amanda Stuart as she probes the boundaries of the ancient conflict of culling wild dogs.

You can visit the website www.wildthingsdoco.com to watch the film trailer, read the filmakers’ and artists’ biographies, look at photos, as well as to book tickets to the Flickerfest film festival. 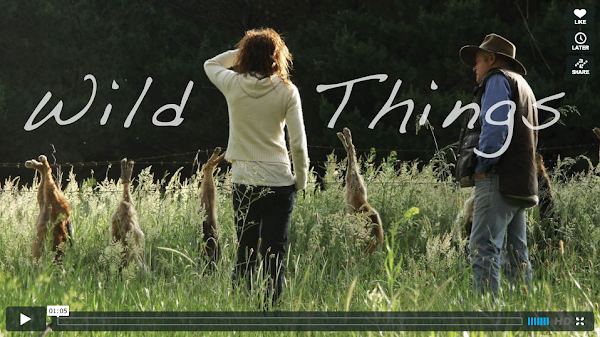 Capital Retro - 9 hours ago
That means it will be a Labor/Green government forever and there are signs on this thread that that is no longer palatable. View
HiddenDragon - 12 hours ago
It's not minority government - it's a coalition, with Labor too often following the Greens down the rabbit hole, and the Gree... View
Acton - 14 hours ago
Do you remember Pitch n Putt at Woden? A popular community recreational area. Now derelict and set aside for apartments.... View
Property 12

Demolition of the old Strathgordon Court public housing complex in Lyons has begun, with the heavy machinery moving in on...
Food & Wine 0

White picket fences aren’t exactly de rigueur in Fyshwick. And it’s not the kind of spot you’d make a beeline...

@The_RiotACT @The_RiotACT
Undecided about who to vote for in the ACT election? Our latest newsletter wraps up the last 7 days in local politics + all the other news of the week https://t.co/yP6PEPY6bp (8 hours ago)