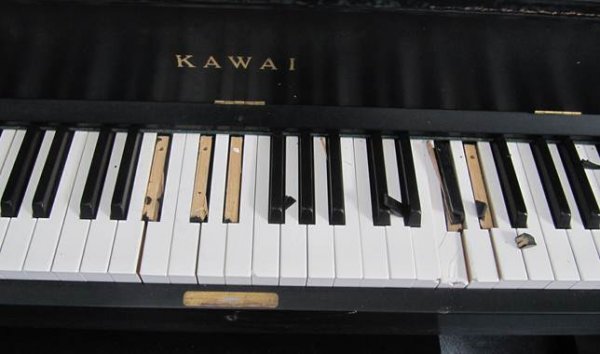 ACT Policing is seeking assistance from the public in helping to identify a group of youths who extensively vandalised three premises last Saturday (October 4) in Chapman and Rivett, causing tens of thousands of dollars in damage.

Around 11.15pm on Saturday (October 4), police attended Chapman Primary School in response to an alarm activation. The school had some 30 windows broken, with a star picket likely to have been used.

The offenders also gained entry to the school and ransacked the kindergarten room, smashing the projector equipment, ripping keys from an upright piano, damaging the children’s projects and discharging the contents of a fire extinguisher inside.

Around 12.25am on Sunday morning (October 5), police on patrol in Rivett also found number of windows were also broken at the nearby Noahs Ark Family and Community Centre.

On the morning of Sunday (October 5), police received a separate report and attended Rivett about 10.30am in relation to property damage of a vehicle and damage to the nearby Shepherd Centre for children with hearing loss. At that location 19 windows had been broken, with the same offenders suspected to be responsible.

AFP Forensics investigators attended the locations and have examined the scenes.

The offenders are believed to be four male youths, all around 170cm tall, and all wearing dark clothing. One of the males was wearing a white or light-coloured baseball cap.

Sergeant Louise Denley, whose Woden Patrol team attended the location, said she was appalled by the senseless nature of the criminal damage.

“There’s a terrible mess left to clean up. It defies belief that people could be so heartless and destructive. We are hoping that someone saw this group of youths as they moved from one place to another, causing this damage,” Sgt Denley said.

“Police would appeal for people who live near a school to help by becoming unofficial guardians of this public property, particularly during the holiday period when the premises are vacant. If you suspect that a school is being vandalised, contact Police Operations immediately on 131-444.”

Police are urging anyone who may have seen a group of youths on the streets in Chapman and Rivett late on Saturday night (October 4) or in the early hours of Sunday morning (October 5) and may be able to identify them, or can assist the investigation in any other way, to contact Crime Stoppers on 1800 333 000, or via https://act.crimestoppers.com.au. Information can be provided anonymously.

Simon Dw Disndat - 2 hours ago
What was the deposit back in 1970? Now you can do 5% but 20-30k in hand outs... View
Julie Macklin - 4 hours ago
My first house was the cheapest at the time on the whole Canberra market. As you said, it's the first house; it doesn't need... View
Onelia Herriot - 4 hours ago
The secret is remembering it is your FIRST home. It does not need to be your forever home. If you are single with no kids you... View
News 103

Philip Selmes - 4 hours ago
Andy Anderson you've got no idea about traffic engineering, have you Andy? And neither do any of the people who 'liked' your... View
Dorsia Darling - 14 hours ago
I wish the cameras would also fine people who drive way under the speed limit & brake constantly for no reason coz they can't... View
Property 51

Dolla Bill - 17 hours ago
Tom rubbish together, recycle together, wheelies boys for life View
Ashley Wright - 18 hours ago
Peter Mcleod it is a dispute between a private company and its workers. Nothing to do with Andrew. View
Stephen Finnegan - 20 hours ago
Fletcher Beverley Good for them. When's the last time paramedics went on strike?... View
Food & Wine 22

Going fully vegetarian for a year is a risky move for any restaurant. But if the dishes being served at...
ACT Election 23

@The_RiotACT @The_RiotACT
Need a new furry friend in your life? Meet August and Tinkerbelle, the latest @rspcaact pets of the week https://t.co/lUZxN1PH57 (4 hours ago)

@The_RiotACT @The_RiotACT
Boasting bespoke finishes and custom joinery, this four-bedroom Flynn home is expected to be popular with buyers https://t.co/mqDrQEXbVX (5 hours ago)