Konrad Lenz has alerted me to a new video he’s added to YouTube with this note:

I’ve always loved this song. Tom wrote it a decade ago when he was only 18. Back then he was in a great band called The Henchmen. His other bands over the years have included The Orphanage, The Tom Woodward Ensemble and Weekend of Noise. He is also a core member of my Spirits of the Dead band.

The video was shot in Sydney and Canberra.

The guitar Tom is playing is a Sampson acoustic given to me recently by Mr Lachlan Coventry. It is a great little guitar with a really bluesy twang to it. Thanks a million Lachlan. I owe you one.

That makes it video 65 on the Canberra Music playlist we’re running on YouTube. 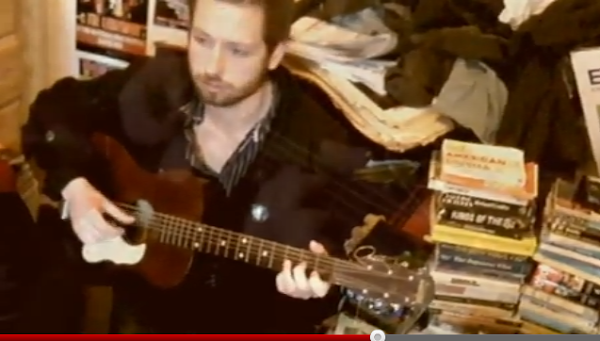