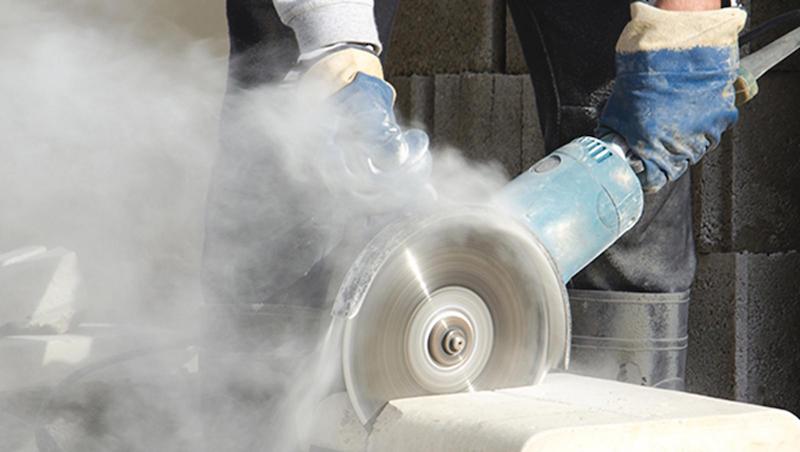 WorkSafe ACT has audited 15 stone-cutting and stone benchtop manufacturing businesses and issued six improvement notices as new cases emerge across Australia of accelerated silicosis from exposure to silica dust, a lung disease which often is fatal.

At least 260 cases have been reported across Australia, including 23 in NSW and one in Canberra.

When inhaled into your lungs, silica dust can lead to the development of lung cancer, silicosis (an irreversible scarring and stiffening of the lungs), kidney disease and chronic obstructive pulmonary disease.

Across the territory, on most days of the week, builders and other tradespeople are working on engineered stone in new and renovated homes.

Mr Jones said WorkSafe would be targeting other businesses, including concrete cutting in the construction industry, later this year. As part of the most recent audit, six improvement notices were issued for various non-compliance of the Work Health and Safety Regulation 2011, including:

Two prohibition notices have been issued for generating dust deemed to contain silica while cutting pavers.

“In the ACT, dry cutting, grinding or polishing of engineered stone must only be undertaken in controlled circumstances. Control measures in this context include the use of wet cutting, vacuum extraction, and properly tested and fitted respiratory masks rated for this type of work,” Mr Jones said.

“The ACT’s approach is generally consistent with other jurisdictions. We understand that Victoria is trialling a regulatory ban of dry cutting of manufactured stone products and WorkSafe ACT will be monitoring these outcomes closely,” Mr Jones said.

A former stonemason in Canberra, Frank Scott has silicosis and wants the rest of the country to ban dry cutting and enforce wet processing, where dust is suppressed by using water on the engineered stone. He needs oxygen 16 hours a day and struggles with physical tasks.

“You don’t want more people getting sick and getting ill in the future,” Mr Scott told ABC’s 7.30 last year.

Mr Scott has been told he could need a lung transplant but is trying to avoid one for now.

“It’s a shocking disease,” he said. “It’s going to stop me kicking the ball around with my grandson and I think that’s the main thing that hurts the most.”

Mr Scott sometimes engaged in dry cutting, which has been banned in Queensland due to the dangerous level of dust it releases.

Engineered stone has silica levels of up to 90 per cent, and when it is cut and polished fine dust particles are released.

Master Builders ACT chief executive Michael Hopkins said members were working in cooperation with WorkSafe ACT and others to ensure workers were protected from the risks presented by silica dust.

Mr Hopkins said to ensure the local industry is aware of the potential hazards and control mechanisms, the MBA is running a silica dust member workshop during National Safe Work Month on 3 October.

WorkSafe has emphasised to employers that WHS duties require employers to provide health monitoring for workers if they carry out ongoing work using, handling, generating or storing crystalline silica as there is a significant risk to the worker’s health because of exposure. 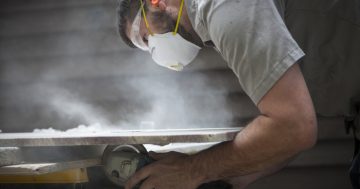