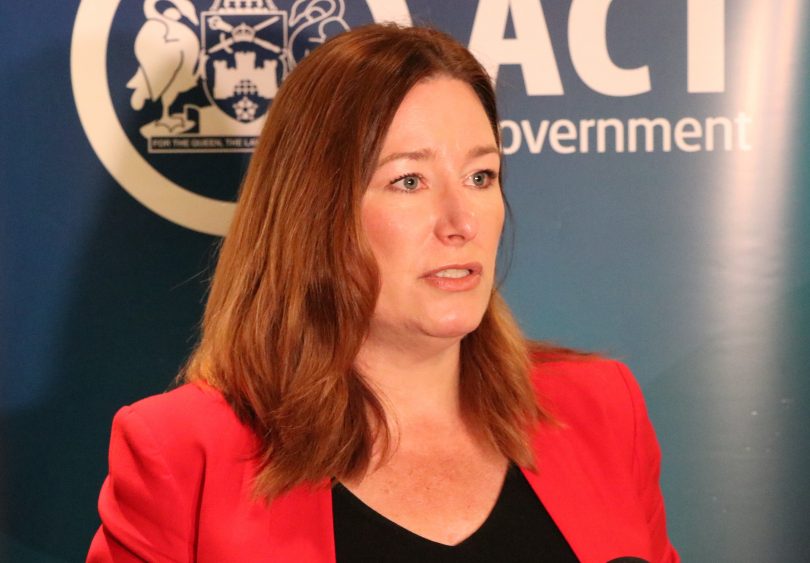 After a two-year investigation by WorkSafe ACT into occupational violence in ACT public schools, the watchdog says several violent attacks from students on teachers were inadequately handled by the Education Directorate, prompting the Government to commit an extra $2.3 million to improve safety for staff.

The investigation into reports of violence in public schools found the directorate had failed in its duty of care to staff, focusing on three incidents between February 2016 and February 2017, which included a pregnant staff member being punched in the stomach by a student, a teacher hospitalised after being kicked by a student, and a high school student throwing a computer monitor at a teacher.

The Worksafe report alleged that in the incidents the Directorate did not comply with its health and safety duty and it did not “do all that was reasonably practicable to ensure the health and safety of its staff”.

Work Safety Commissioner Greg Jones said the action taken by WorkSafe ACT reflected the significant impact that violence in the workplace could have on individual workers as well as their colleagues and community.

“All workers can rightly expect to go home safely and not be injured in the course of performing their duties,” Mr Jones said.

“When a workplace injury occurs, particularly through violence, it can have a profound and lasting effect on those directly impacted but also those who may witness it and by extension colleagues, friends and family. There is a duty for employers to ensure as far as practicable that workplaces are safe.”

Mr Jones said the Directorate had already recently implemented a range of improvements and initiatives when it came to occupational violence awareness, prevention and management and this was reflected in the undertaking.

The ACT Government had already committed $8 million to the issue two years ago but on Monday afternoon (15 October), Education Minister Yvette Berry said the government would invest another $2.3 million to implement WorkSafe’s recommendations.

Ms Berry acknowledged the problem would not be solved overnight and a significant cultural change was needed while Australian Education Union ACT secretary Glenn Fowler said tackling violence against teachers would be a difficult journey.

“This is a very difficult and complex issue and we are the only state or territory that is tackling it, as far as I am aware, in Australia,” Ms Berry said. “There is more work to do and the undertaking that we have agreed to with WorkSafe will help us address occupational violence in our schools while maintaining a safe and inclusive environment for our children.”

However, Liberal Member for Kurrajong and Shadow Minister for Education Elizabeth Lee said the government’s failure to keep teachers safe was inexcusable and must be condemned.

“By breaching its legal responsibilities to ensure teachers are safe, the Labor government has shown a remarkable disregard and disrespect for the profession and has essentially allowed teachers to come to harm,” she said.

“Canberra teachers face unique challenges and difficulties in the classroom and it is clear that the systemic issues within the Education Directorate stem from a failure of leadership from Minister Berry.”

Been there, done that, my shoulder still hurts.

I’ve heard violence against other kids goin as far as kids being stabbed with scissors on school grounds. :/ better support for the teachers and students.

It’s about time. For too long teachers have had little or no support when experiencing violence in their workplace. It isn’t just from students either.

This is appalling. . Bring back all avenues of discipline and with our 21st century knowledge, we can keep the sadistic sods away from the cane . A child assaulting a teacher should not be tolerated. …. ok let the winging start .