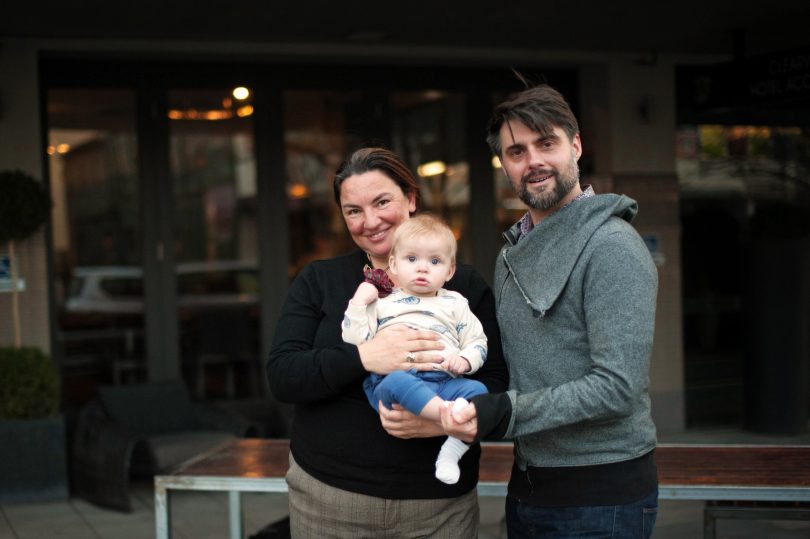 “Luckily, right at that moment, an unconscious Argentinean fell through my roof …’’

Moulin Rouge fans will recall this scene, a tableau of how narcolepsy is perceived. The Argentinian falls asleep at inconvenient moments throughout the film.

David and wife Marina are chatting with me in a quiet corner of their local pub. September 22 is the first World Narcolepsy Day, and David is talking about his experiences living with narcolepsy.

He says that intense sleep attacks are a rare occurrence for him as he manages the disorder with medication and life balance, “but there is definitely falling asleep mid-sentence!” his wife Marina contradicts, and David concedes her observation with a chuckle.

Narcolepsy is a sleep disorder, impacting areas of life most take for granted. It corrupts the brain’s ability to balance sleep and wakefulness. 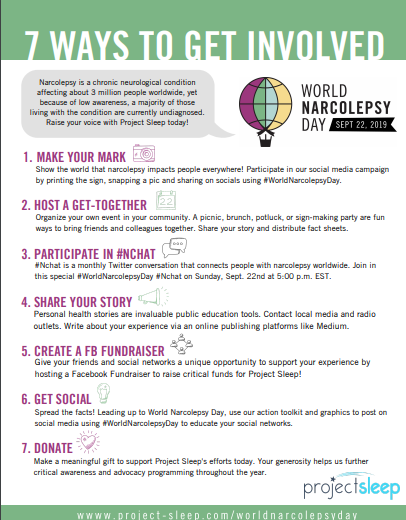 7 ways to get involved with World Narcolepsy Day.

David has experienced bouts of falling asleep at unlikely times, often after a confrontation or a period of high stress.

When he sleeps, David moves quickly into rapid-eye-movement (REM) sleep.

Where the average person takes about 40 minutes to reach REM, it takes David between 2 and 5 minutes. He knows this because of the sleep testing he went through when he was diagnosed as narcoleptic.

“You remember more of the dream as you have them so close to your waking time, and I’ve often gotten up looking for imaginary spiders.”

“And the sleep talking,” Marina adds. “There is a lot of it.”

In David’s instance, once they worked out the correct dosage of the right medication, he has been able to manage his narcolepsy. The medication reduces the vivid dreams and David is now able to drive a car, but the medication is not a cure.

Living with narcolepsy is a lifelong balancing act. If David naps for longer than 20 minutes, he is physically and emotionally drained for the rest of the day. One reason narcolepsy is so debilitating is that deep sleep is elusive and he never feels refreshed.

The drug Xyrem can bring sleep relief, but it can cost around $20,000 a year and it’s not listed on the Pharmaceutical Benefits Scheme.

Xyrem isn’t without side effects, either.

Jo, whose daughter Louise has lived with narcolepsy for 10 years, says “Louise finds that the side effects are worse than the disorder itself”.

“They make her irritable, intolerant, on edge, with a heightened sense of sound. But if she doesn’t take them, she will literally be asleep, so she’s in a bit of a conundrum.”

Diagnoing narcolepsy can be a complex process.

Laura, a young Canberra local, battles narcolepsy every day. She remembers falling asleep in her Year Six classroom and waking up to her teacher exclaiming “Laura! What on EARTH?!”

In Year Ten, after years of continually battling drowsiness, she met with a sleep specialist. The result of sleep tests were not clear-cut, but the specialist said she “might be developing narcolepsy” and suggested she go on stimulants.

Her new specialist checked the previous sleep study and confirmed a narcolepsy diagnosis. Laura now manages her narcolepsy with a narcolepsy-specific stimulant and a medication that promotes slow-wave sleep.

Just before David received a narcolepsy diagnosis, he had left a stressful workplace. He thought he had depression.

“I was fatigued, feeling down and was experiencing crushing tiredness.”

The first diagnosis was depression but depression treatment didn’t ease his symptoms.

Looking back, David guesses he probably developed narcolepsy as a 15-year-old when he began falling asleep during the day and experiencing vivid, realistic dreams.

Numerous instances of falling asleep at odd times followed. David’s kids like to remind him that he nodded off during their births.

An accurate diagnosis came only when David fell asleep at the wheel, crashing his car with three passengers inside. This had been a 20-minute drive, mid-afternoon with no alcohol in his system. Something was not right.

Narcolepsy testing is a complex process. For accurate results, David went off all stimulants, including chocolate, caffeine and alcohol for 12 weeks. The sleep test is a long overnight process.

He says that “the test results were cut and dry”.

As for Laura, she says, “Narcolepsy has had a snowball effect; it feels impossible to get a foothold on life, to get any momentum because of the constant feeling of exhaustion”.

“It is an awful feeling, missing out of life. I may never drive a car and can’t imagine holding down a job. I have a lot to offer the world if only I could find the energy.”

The Narcolepsy Network is hoping to raise global awareness through World Narcolepsy Day. 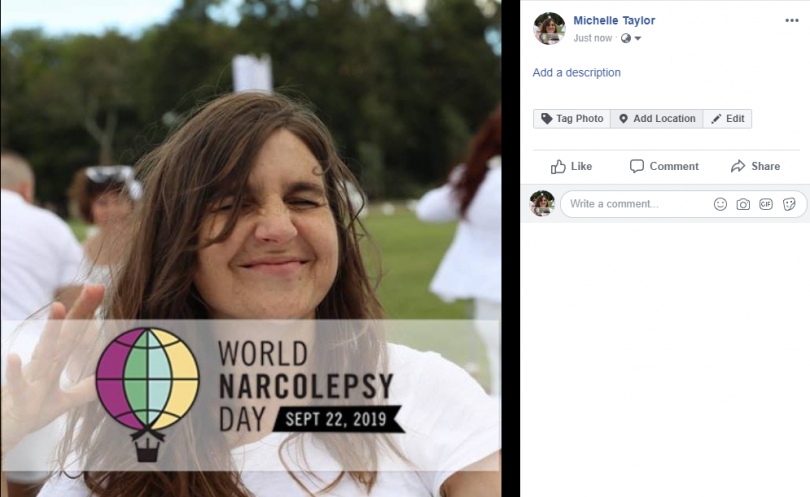 Add a banner to your Facebook profile picture for narcolepsy awareness. Image by Vishal Pandey.

Find out more about Narcolepsy, visit the Narcolepsy and Overwhelming Daytime Sleep Society of Australia.

The first-ever World Narcolepsy Day is on 22 September 2019.

James Devine is this what Phil has?

Cannot imagine how difficult this is to deal with. All the best x 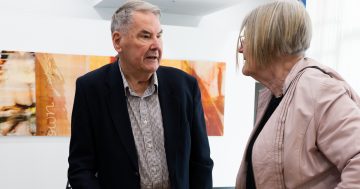 8 May 2021 | By Dominic Giannini
Start the conversation 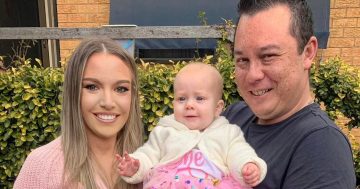