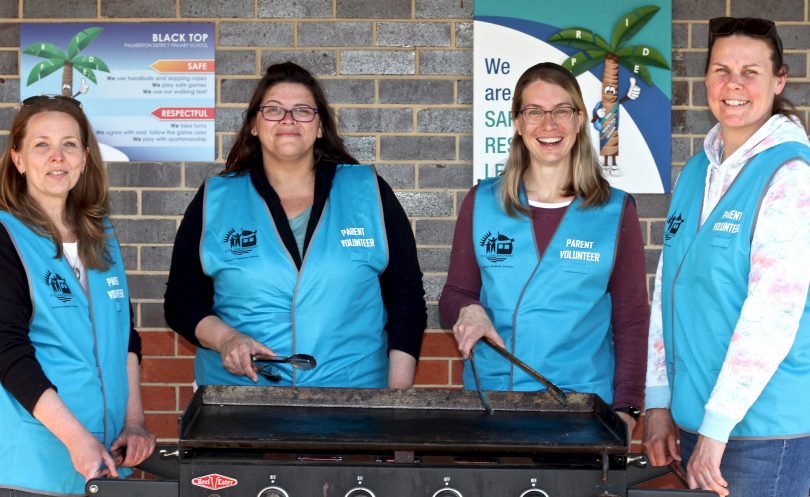 The highlight of every election – the democracy sausage – won’t be part of this year’s ACT election on 17 October, but a group of Palmerston parents is cooking up an idea that’s virtually as good.

Kate Baron is a committee member of the Palmerston Primary School Parents and Citizens Association, one of many in Canberra that has been forced to reinvent the quadrennial fundraising barbecue due to COVID-19 public health regulations.

She explained that the plan is to hold a virtual fundraiser where voters who would normally buy a sausage sandwich (or two) and maybe a coffee on election day can instead make a donation to their local parents and citizens groups.

“Obviously, this year we’ve had to cancel just about every fundraiser because we can’t have lots of people gathering for things like our school fete as we simply can’t control the number of people who would be attending.” 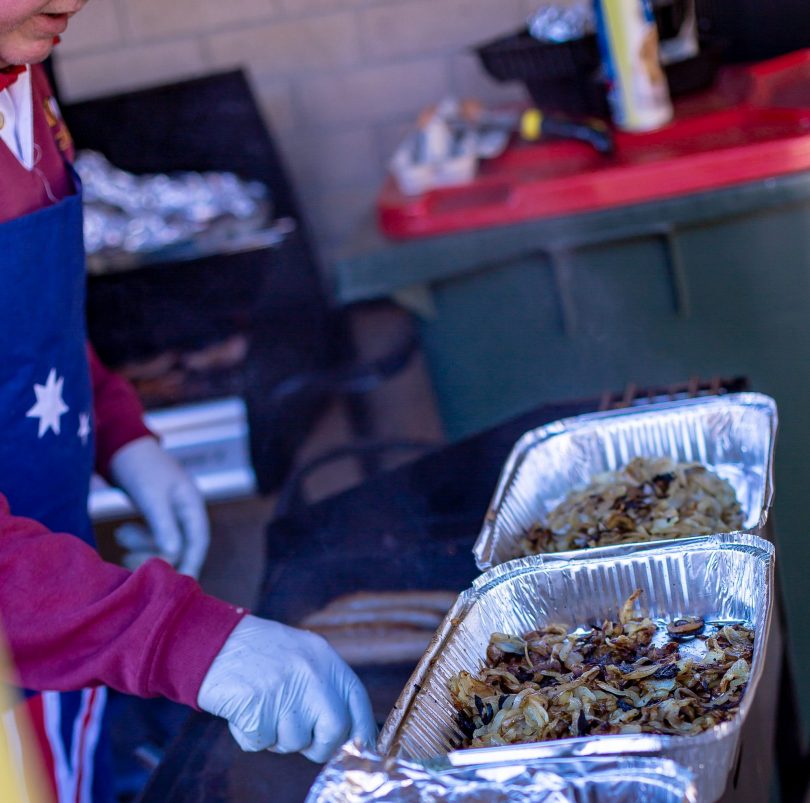 Do you want onions with that? The democracy sausage sizzle won’t be a part of election day in Canberra this year. Photo: File.

Kate said their committee raises up to $30,000 a year for the school and a large part of that comes from the wider community, along with parents who are regularly asked to pitch in for fundraising activities like fetes.

“We just had this idea that maybe we could get the word out into the Gungahlin community that we’d love it if people could buy a virtual democracy sausage. Although they’re not getting anything for it, you would be supporting your local school.

“This idea is also not exclusive to us,” Kate said. “If other schools are keen to join, then we’d welcome that. It’s all about thinking about your local school and what it does for the community. Schools are so important in communities and our school community has really relied on the wider community making a donation.”

The Palmerston Primary School committee is also putting together a cookbook for purchase, among other contact-free fundraising activities such as their entertainment book and lunch-order day through the school’s canteen.

Communications officer with the ACT Council of Parents and Citizens Associations Janelle Kennard said it was extremely disappointing that schools are unable to hold the traditional election day sausage sizzle.

“It’s another blow on top of another blow for schools in Canberra,” Janelle said. Our parents and citizens committees have had really limited opportunities to fundraise this year. The other thing that’s so important is their ability to link people with the community and bring them together.

“We understand the need for public safety at the moment and we certainly don’t want to be the cause of a [COVID-19] cluster here, but the funds from these events will be sorely missed this year, as well as the buzz around being able to go down to the school and buy a democracy sausage or cake and for people to just say hello.”

The Palmerston P&C is using the Give Now platform in lieu of real sausages, and people are welcome to donate what they would usually purchase via www.givenow.com.au/palmerston or via the Palmerston District Primary School Facebook page.

One Response to Would you like onion with your virtual democracy sausage?
Filter
Show all comments
Show only Website comments
Showing only Facebook comments
Order
Newest to Oldest
Oldest to Newest

Debbie Thomsen - 3 hours ago
All I see here is whining yet again! This city is in desperate need of reliable public transport. In fact, it should have bee... View
Lina Costa - 6 hours ago
Spend that money on Health, and the homeless. View
News 28

Mark Howe - 5 hours ago
Correct me if I'm wrong but only registered QR codes would work with the Canberra app? Why would anyone be using anything oth... View
Joey Mann - 5 hours ago
The information that the screenshot shows with the threatening message "Imagine what else I could do" is simply the user-agen... View
Emma Cook - 6 hours ago
Robert Hawes it would if people use their phone camera to scan the code, rather than the CBR check in app. View
Lifestyle 8

Peter Funnell - 6 hours ago
Let's not forget all the charity work Phil has done as an MC and auctioneer. Thank you Phil. View
jessie - 7 hours ago
Beaut story Tim ? View
Cathy Reid - 8 hours ago
Great article about a great bloke! View
Motoring 9

Joy Hines - 8 hours ago
Lisette, so much here to giggle about View
Ilinka Budisic - 8 hours ago
Maybe... Don't know what Craig is laughing about 🤣... View
Brianna - 9 hours ago
As long as these courses are optional and not mandatory. . View
Opinion 3

Dan41 - 8 hours ago
I agree with you on your point about the political reasons for it not happening, but "willing to travel"? Queanbeyan closer t... View
Opinion 56

Shane Westmore - 8 hours ago
I agree there's a feeling about living in Canberra that outsiders don't get if they haven't experienced it. I still love Canb... View
Property 1

Brianna - 9 hours ago
Sadly, all the multi unit dwellings are turning Gungahlin into a slum. Too many units and not enough homes.... View
show more show less
*Results are based on activity within last 7 days

Commuters have been warned to prepare for years of disruption on the southern gateway to the city as work ramps...
Food & Wine 142

A young woman involved in a violent home invasion has told a court she tried to protect her victim's pregnant...
Opinion 214

@The_RiotACT @The_RiotACT
Keen to try your luck at a rural clearing sale? Sally Hopman warns there's a real art to getting the best out of the experience. Here are her tips https://t.co/yjVrYG1DKZ (8 hours ago)

@The_RiotACT @The_RiotACT
Have you scanned an illegitimate Check In CBR QR code that took you to an anti-vaccination or non-check-in website? You're not alone. Stickers have been placed over some legitimate QR codes at some Canberra locations https://t.co/lmomYg7sTX (9 hours ago)

@The_RiotACT @The_RiotACT
Another big mixed-use development is proposed for the Gungahlin Town Centre, this time with a mix of multi-level units and terrace houses https://t.co/zE5nQEDdOz (10 hours ago)