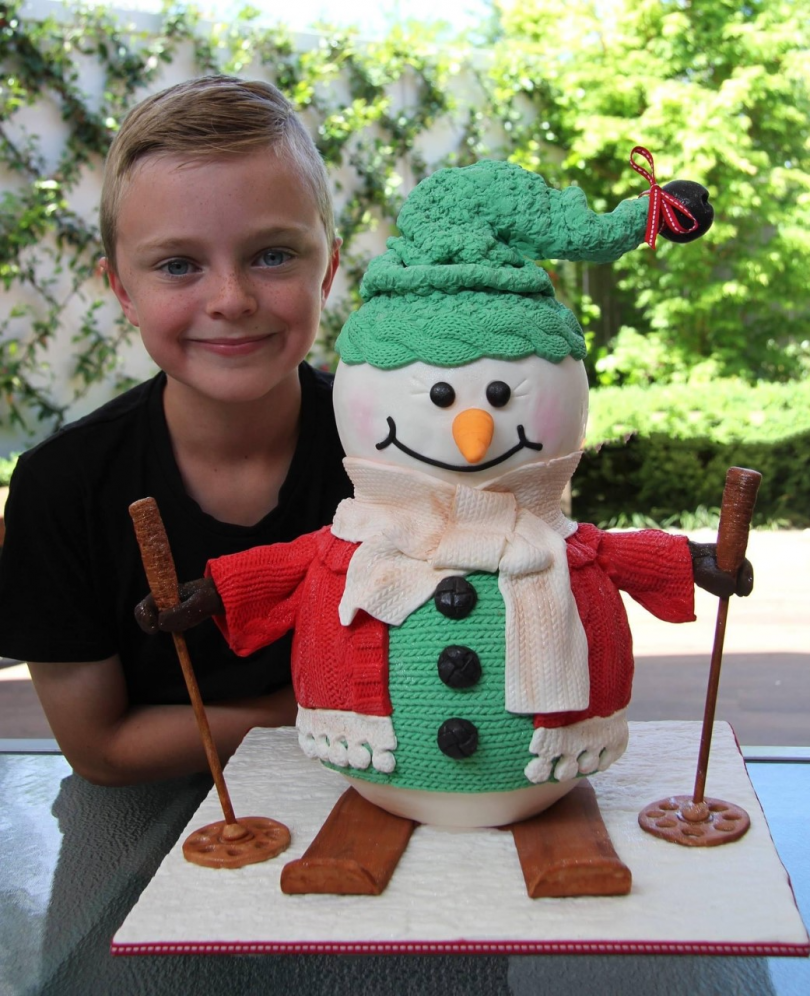 When you picture a 12-year-old boy with cake icing, it’s usually smeared from ear to ear.

Not so for Ethan Penton, the Dunlop youngster taking the cake decorating world by storm.

While most of us stick to the well-thumbed Women’s Weekly Children’s Birthday Cake Book for inspiration, Ethan is concocting 3D snowmen, robots and other gravity-defying cakes.

So impressive are his competition entries, mum Leonie has taken to videoing the process to prove Ethan actually does the work himself.

READ ALSO: Fundraiser to turn the past five decades into a piece of cake

“He’s had to contend with a lot from his peers and adults alike,” Leonie said.

“I actually understand why most do question his abilities.

“A few years back I started video recording the process of him making some of his cakes as proof that he really does do them. We have played them alongside a couple of his entries in the past so that people could watch and see how he has made them.”

The filming of Ethan making his Snowman Cake for the Emmaus Twilight Fete Cake Decorating Competition 2018.Ethan spent 12+ hours working on this entry.For those of you that are unfamiliar with Cake Decorating competitions, you are allowed to use foam dummies as a base in replacement of real cake on the proviso that you can prove that it can be constructed by cake. This gives decorators the opportunity to work on it over a longer period of time and allows for keeping for display purposes – especially in shop fronts.

Ethan says his true passion is soccer. The Year 7 Emmaus Christian School student plays NPLY U13s for Gungahlin United FC as a defender and trains three nights a week, eating into the time left for cakes.

But the love of cake decorating runs deep. Ethan’s great-grandmother was an award-winning cake decorator and his mum is also a dab hand.

It was mum’s birthday cakes that first piqued Ethan’s interest. His first foray into the cake-decorating world was at the grand old age of five when, inspired by his mum’s efforts, he tackled a teddy bear cake for his dad on Father’s Day. The result was far from crummy. 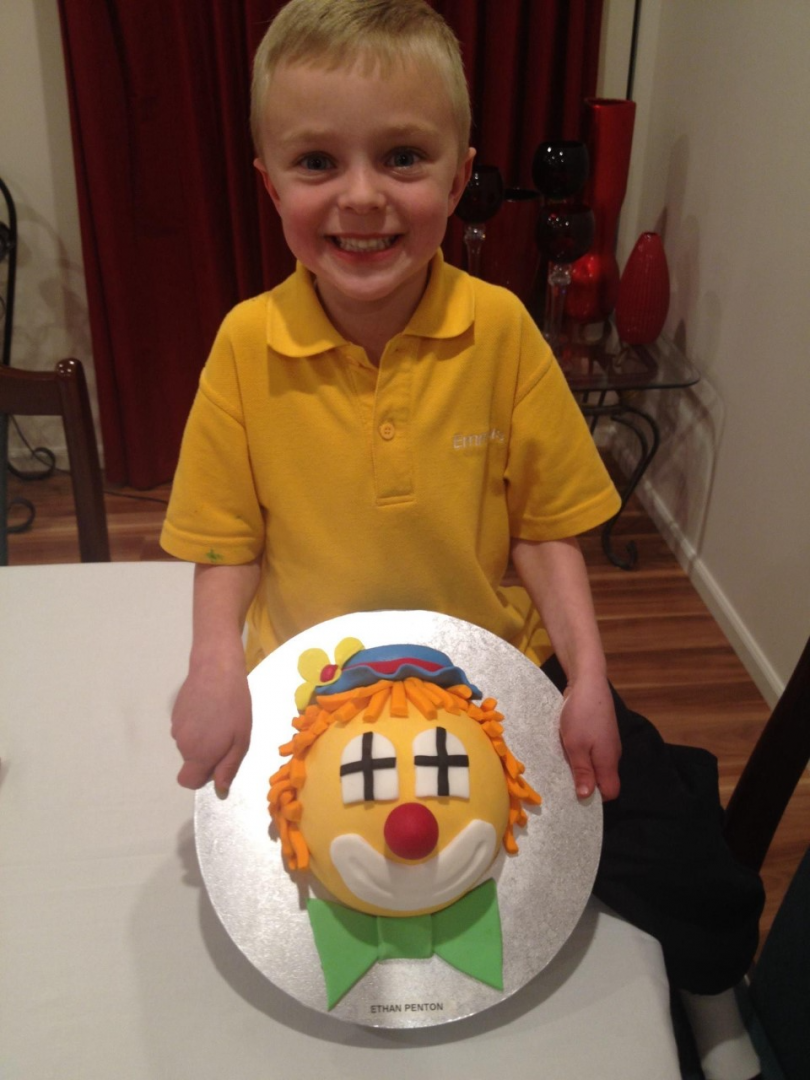 A young Ethan Penton with one of his early creations. Photo: Leonie Penton.

Since then Ethan has created some pretty amazing cakes and cupcakes, taking out awards at school fetes and winning his category of the Royal Canberra Show in 2020.

“She’s so passionate about it, she was the one who said he should enter.”

Ethan went up against adults in the Beginners Celebration Cakes category with his “Steampunk Robot Cake” and took home the blue ribbon.

He says he’s most proud of that cake, and his snowman effort, but finds rising to any cake-related challenge “just fun”. 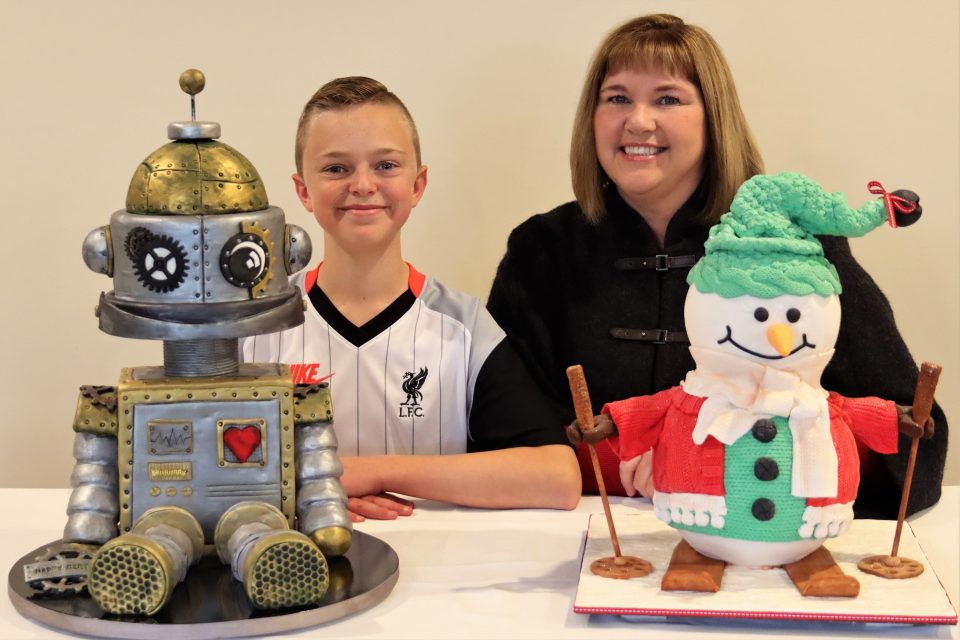 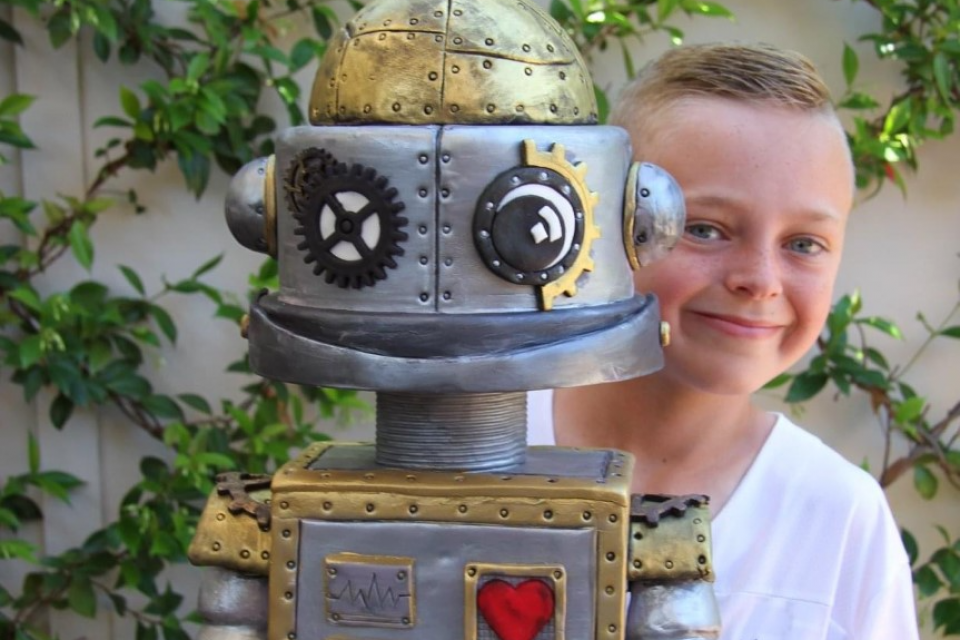 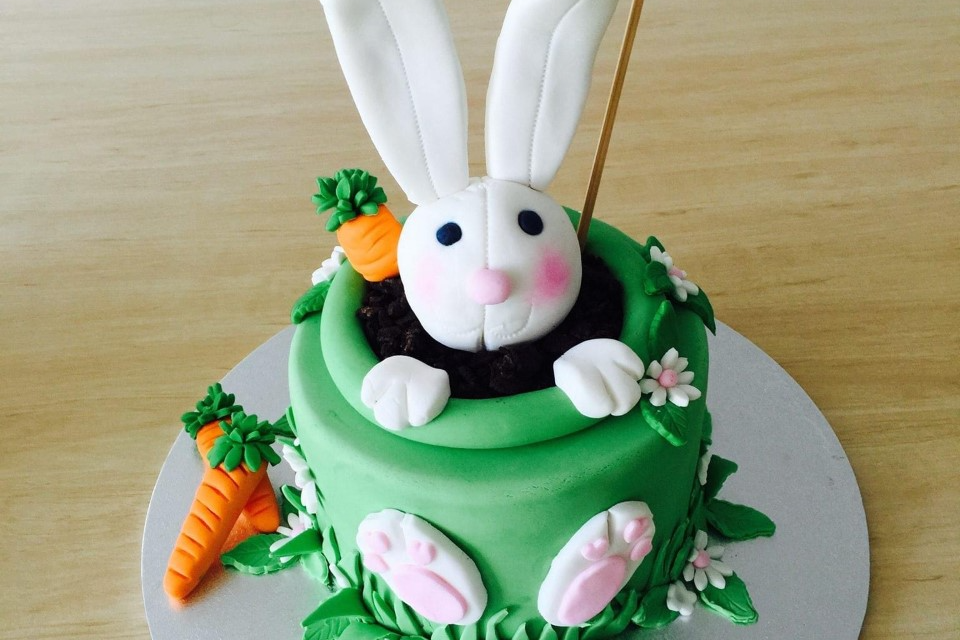 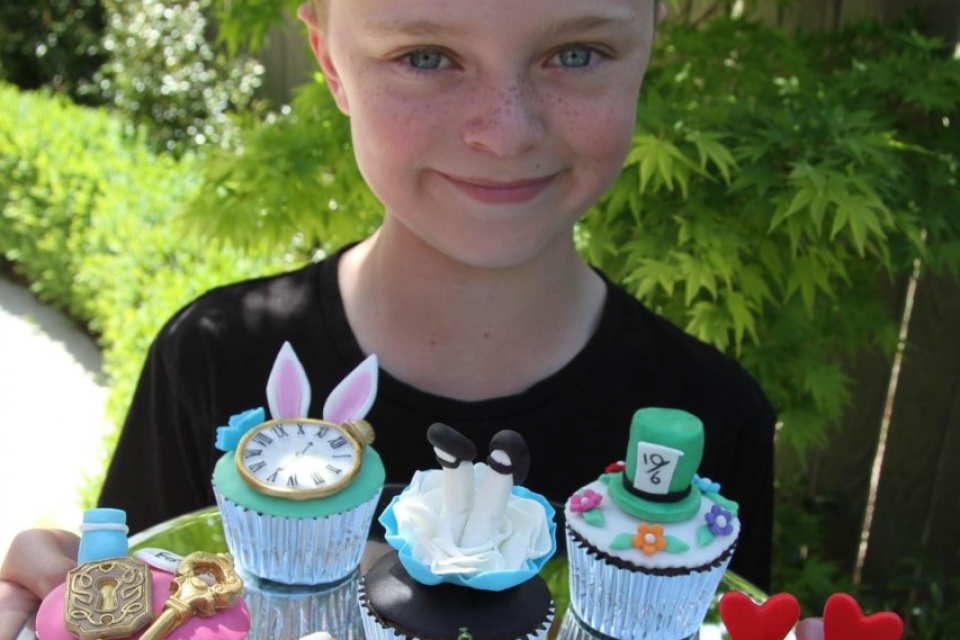 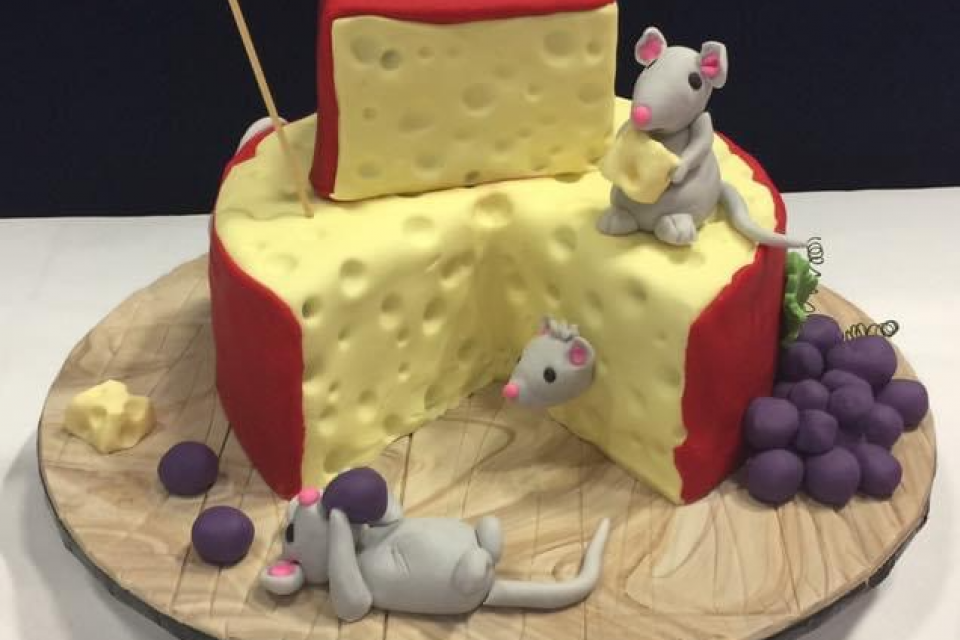 “I love it,” Ethan says. “It gets my mind off things – sometimes it takes up to three days.”

Attention to detail is everything and Ethan sometimes takes 12 months to plan a cake. He researches, watches YouTube tutorials and learns from his mother and Angela, constantly pushing himself to take on bigger and better challenges.

In the cake decorating world, you don’t always have to ice an actual cake. Often, for competitions, dummy bases are used to allow the “cakes” to be preserved and displayed. 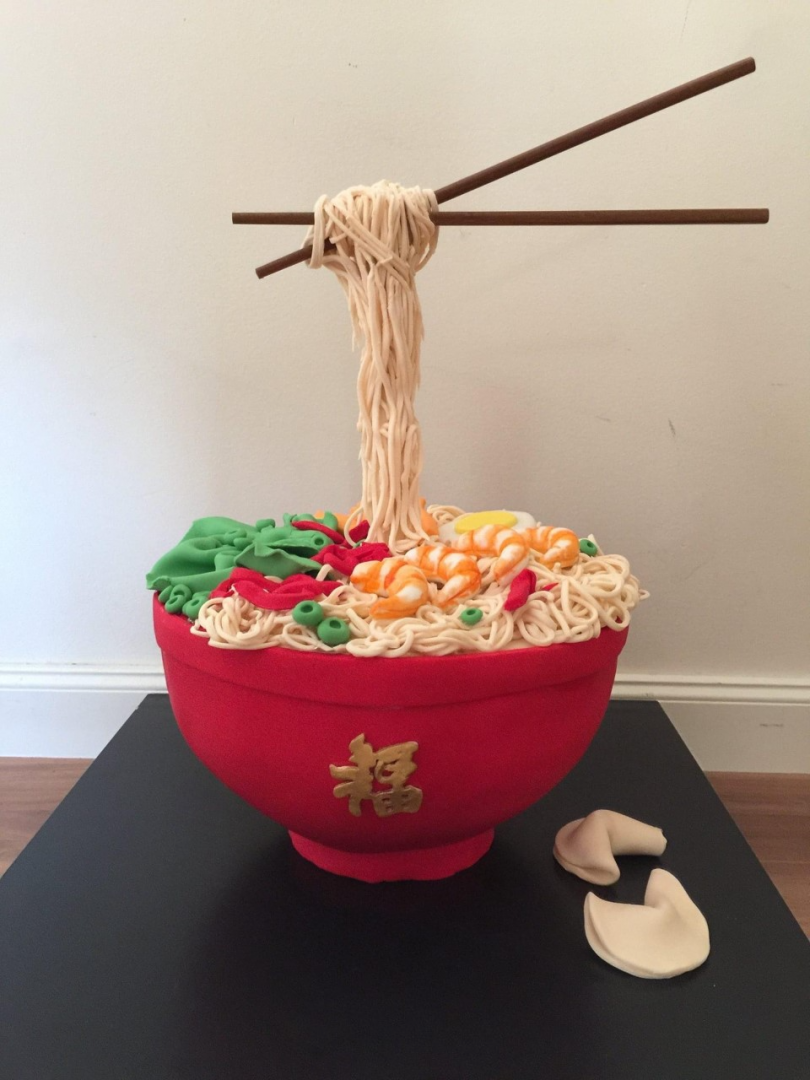 But when it is an actual cake – like Ethan’s fabulous Ramen Noodle Cake – and it ends up being devoured, the reaction is understandable.

“Sometimes it can hurt,” Ethan admits. “All the time you put into it and then it’s just cut up and eaten.”

Congratulations Ethan. We are so delighted to see your hard work and creative mind are being recognised and applauded here in Canberra. True super star talents!!! We have absolutely love seeing your creations and accompaying videos over the years and look forward to seeing more of your amazing journey going foward. Next stop …. Cake International !!

Raylene Deebank absolutely he is. Amazing!

Simply stunning! So much talent …. My favourite … the cheeseboard. 👏👏

Well done Ethan!! You are obviously very talented and work very hard to achieve these artistic cakes. Don’t let your detractors get you down. You have a bright future ahead of you and I hope to see your beautiful creations in the future!

Daniel Duncan - 3 hours ago
As long as the public has a chance to book it for whatever they want to do with it. (Its taxpayers money after all) View
Property 2

Sam Oak - 4 hours ago
Demolish the glassworks, they are the biggest eyesore in Kingston. You could fit about 50 luxury apartments on that block of... View
concerned ratepayer - 8 hours ago
Whatever happened to the multi-tourist award winning Bus Depot Markets? This developer doesn't care. Insufficient car space f... View
Opinion 200

Ted Hennicke - 5 hours ago
It's not a silly suggestion, but there are a number of drawbacks. Tires make a lot of noise and particulate pollution, and of... View
Colin Vivian - 5 hours ago
Ted Hennicke if you’re doing a like for like comparison: Trackless Trams. Good enough for transport to new Sydney airport,... View
chewy14 - 5 hours ago
Astro, No you can dress it up how you like but you're still wrong. Unless you can provide a link to the detailed business cas... View
Opinion 48

planet42 - 8 hours ago
Have lived in Canberra for 50 years, always loved it, never embarrassed. Nature, coast and mountains are close, driving is ea... View
Helen Prior - 8 hours ago
Lived Canberra 40years Left 2003 Now live Central Coast.Biggest mistake ever.I want to come home but I have to win powerball.... View
Sandy Duncan - 8 hours ago
Moved from Brisbane in '94 and not going anywhere ! Have travelled the country, always looking for our 'next location' but Ca... View
Food & Wine 141

Futureproof - 12 hours ago
I'm confused. I live in Queanbeyan. Can I go to the ACT this weekend for a coffee, go to Civic without getting a $8000 fine?... View
Courts & Crime 3

jwinston - 12 hours ago
Yep he served a Bakers half-dozen View
norminngunnawalcountry - 14 hours ago
"six-and-a-half months in jail" if you read, he did spend time in jail.... View
Property 3

norminngunnawalcountry - 14 hours ago
it is so much easier and CHEAPER to design and build better in the first place. View
show more show less
*Results are based on activity within last 7 days

@The_RiotACT @The_RiotACT
Winter Wonderland at the Haig Park Village Markets is packing two weeks' worth of markets into one big day. Here's why it's worth ditching the doona and clearing the calendar next weekend https://t.co/D5REfmVIWh (8 hours ago)

@The_RiotACT @The_RiotACT
It's been home for 30 years to one family and now this much-loved five-bedroom family home in #McKellar is ready for a new chapter https://t.co/paX4bTWwy1 (9 hours ago)