Your feedback on ACTION wanted, by tomorrow! 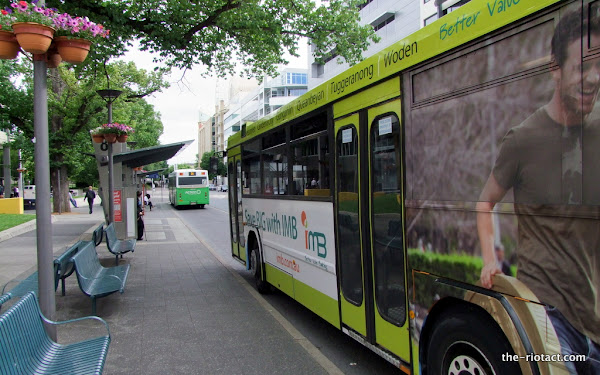 Territory And Municipal Services have called for feedback on planned changes to the bus network.

The catch? You’ve got until tomorrow to get them in to communityengagement@act.gov.au.

“A number of improvements have been identified to the ACTION bus network for 2012. Bus commuters are reminded to provide feedback on the proposed changes which will help inform the final network,” Mr Roncon said.

“Network improvements are proposed for services operating in Kippax; Gungahlin; Central Canberra; Fyshwick and Majura Park. A high frequency link between Woden and the Canberra Hospital has also been proposed.

— extension of the Blue Rapid to Kippax providing a direct link between Kippax, Belconnen, the City, Woden and Tuggeranong;
— provision of services in new suburbs in Gungahlin such as Forde, Bonner and Casey;
— redesign of routes in Central Canberra to enhance services to the City, Australian National University and National Museum of Australia;
— increased frequency of services to Majura Park; and
— enhanced services to and through Fyshwick.

There’s a page on the Transport website with more details.

UPDATE: The Chief Minister’s office has been in touch to note that the consultation has been running since 21 October.

4 Responses to Your feedback on ACTION wanted, by tomorrow!
Filter
Showing only Website comments

The reason for the delay is that Woden Depot is required for the new network as the existing depots are pretty much full.

Given that there was a post on the RA about all of these changes on the 21st of October, which contains a link to the feedback information, and that post is showing up as the first option in the ‘related content’ under this post, this really shouldn’t come as a surprise to anyone!

The original notification on RiotACT of the consultation.

Hopefully everyone said looks good, but why so long for implementation if the need is already identified?

Please note this is a reminder for Canberrans to provide feedback to the proposed ACTION Network 12 consultation. The consultation has been open since 21 October and some valuable feedback has been received.
TAMSMediaRoom

Elspeth Shannon Rollason - 2 hours ago
All these buildings. If families move here then where are the playgrounds for kids to be active? What is being done about saf... View
Zahidul Alam - 16 hours ago
Timmy Holness so true. Builders and developers who are related to the planners 😂😂😂 View
Ian Brown - 16 hours ago
Belconnen harbour View
Opinion 132

JC - 15 hours ago
Depends how you define better. Again hindsite is wonderful. But those who did get in early wouldn’t have agreed with you if... View
JC - 15 hours ago
Supply has been the issue since day dot. What annoys me is how the federal government has spun it all. The issue was they bac... View
News 7

Hoppingmad - 15 hours ago
I can’t help but agree with those who have pointed out that Liberals talking education, when they pump money into independe... View
Food & Wine 21

Community council wants to hear from a changing inner south

@The_RiotACT @The_RiotACT
Loveable goofball Rocco and sweet rabbit Waffle are waiting to find their perfect match. Think that could be you? @rspcaact #PetsoftheWeek https://t.co/RqlUzgo7Dg (12 hours ago)