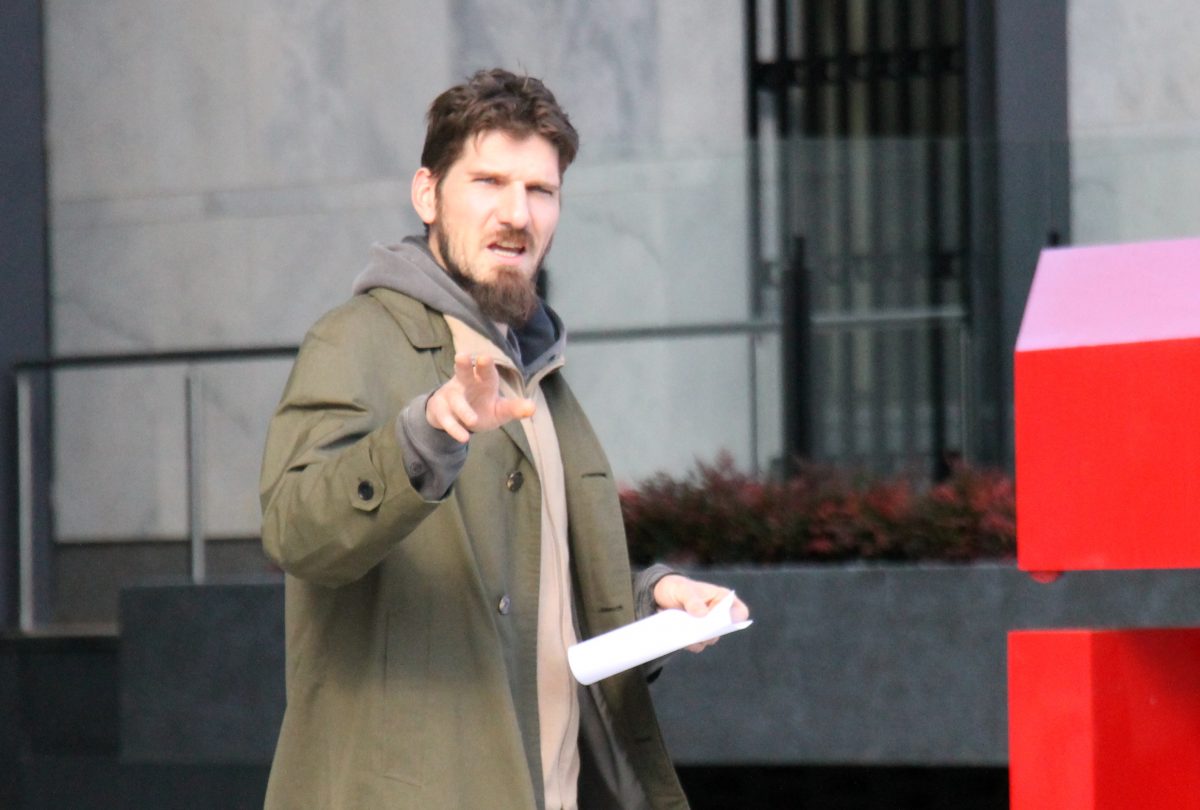 A magistrate blasted an alleged sovereign citizen for being an “idiot” during a frequently chaotic exchange in the ACT court.

The man was extradited to the ACT from NSW and accused of assaulting a 67-year-old woman during the Convey to Canberra visit to the region earlier this year.

The atmosphere in the ACT Magistrates Court became heated moments after 34-year-old Cameron Robert McKay first appeared on Friday 29 July, starting with how Special Magistrate Margaret Hunter had to repeatedly ask him to confirm his name and eventually had to yell over the top of him as he wouldn’t stop speaking.

“You may call me Cameron Robert of the House McKay,” Mr McKay finally said.

“I’m not a person or persons. I’m under duress right now.”

“You are not under duress, you are under arrest,” Special Magistrate Hunter snapped back.

He continued to dispute the name recorded by the courts, including saying: “I’m no mister, I’m not a ward of the state”.

“No you’re an idiot, Mr McKay,” the special magistrate told him.

He was appearing in the courtroom over audio-visual link and she eventually told court staff to “turn him off” because he kept talking over the top of her.

Mr McKay could be seen continuing to speak into his microphone, even though the court couldn’t hear what he was saying.

Court documents say the incident he was charged over occurred in the context of the Convoy to Canberra, after attendees travelled to the ACT and established a camp at Exhibition Park in Canberra (EPIC) in late January 2022.

A 67-year-old woman was conducting her work for the Canberra Harness Racing Club at EPIC on 10 February when she allegedly saw Mr McKay attempting to use the club’s PA system.

She told him to get out and tried to make him leave the area, but he allegedly pushed her in the chest with both his hands.

The woman claimed she lost her footing and fell, extending both arms to break her fall. While she was stunned, Mr McKay allegedly left.

Later at hospital, the woman was told she had three fractured bones in her left wrist and would need an assessment by a specialist.

Mr McKay was charged with recklessly inflicting grievous bodily harm, but he allegedly failed to attend court in June and July, so a warrant was issued for his arrest.

He was arrested at his home suburb of Kings Langley, NSW, on Wednesday 27 July, extradited to the ACT and charged with failing to appear after a bail undertaking.

Prosecutor Lauren Knobel opposed his release on bail due to the likelihood of him failing to appear. It was the second time that he’d failed to appear, she alleged, and he’d had to be extradited twice.

“I will attend in the flesh, is that okay?” Mr McKay said, after Special Magistrate Hunter said she was minded to grant bail if he’d promise to turn up.

He also asked her to change his name in court documents to “Cameron Robert of the McKay House”.

“I am not a member of any sovereign citizen organisation whatsoever, because the term sovereign and citizen is an oxymoron,” he said.

He said he wanted to see the evidence of his case before entering a plea.

“If he makes the promise to appear ‘in the flesh’ as he calls it … I could be prepared to give him bail,” Special Magistrate Hunter said.

When Mr McKay left the court and saw media waiting to take his photograph outside he told them “no comment”, despite not being asked for any, and then yelled at them anyway.