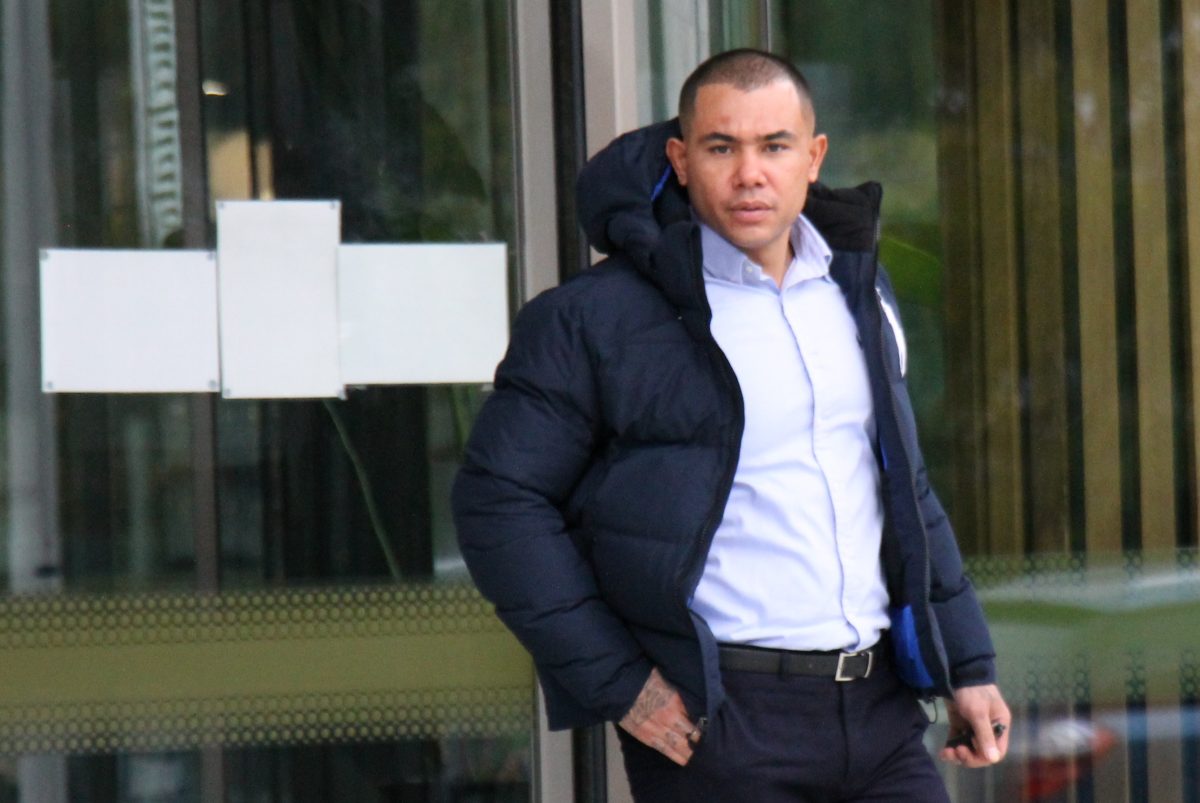 A woman allegedly raped by a man she had just met at a nightclub in an “animalistic” assault claims she told him “you’re killing me” when he was choking her.

Chidi Chike Okwechime, 34, is currently facing a jury trial in the ACT Supreme Court, accused of assaulting the woman after a night out in May 2021.

On Tuesday (14 June), the 12 jurors heard the woman’s interview with police, in which she said she had recently broken up with her ex-partner and had gone to a party where she took MDMA before heading out to Civic to meet up with a friend.

She said she was “pretty drunk” in the nightclub Kokomo’s when, after asking an acquaintance where she could get cocaine, he introduced her to a group of tattoo-covered men who looked like they were in “some kind of gang”.

She says she “stupidly” went to their table, despite hearing them “openly saying ‘we f-king hate women'”.

“Clearly, I’ve not been in a great headspace to hang around people like that,” she said.

The woman spoke to Mr Okwechime, who was nice to her. She and the group went to another club where she claimed the men had to bribe a bouncer to get inside because they weren’t going to be let in due to their tattoos.

She wanted to go home but said she had dropped her phone in the toilet and it wasn’t working. Even though she asked bar staff for a phone charger, she claimed they told her they wouldn’t give her one unless it was an emergency.

The woman said she was then invited to a house party by members of the group and was told she could recharge her phone there, but when they arrived, no one else was at the house.

She said a man and a woman went into a bedroom, leaving her and Mr Okwechime on a couch. She alleged that was where he kissed her, pulled off her pants and started sexually assaulting her.

“I can’t even begin to tell you how many times I said ‘stop, get off me, I want to go home’,” the court heard her say.

She said the next part has become blurry, but she thought he carried her into another bedroom and alleged he “ripped off” her clothes.

“I started crying, like really, really crying, and I said, ‘Stop, I want to go home’,” she said before breaking into tears in her interview.

She alleged he raped her, and when she kept telling him to stop, he told her something like, “I hate it when you say that. Stop saying that”.

He allegedly choked her for about 15 seconds while she said, “I can’t breathe”, or “you’re killing me”.

She said she eventually fled the unit and ran down the street to a townhouse where its occupants helped her and called police.

The woman claimed he performed actions like “gnawing” at her neck and said the alleged assault was “animalistic”.

“When he was choking me, honestly, I wondered if I was going to die,” she alleged.

“There wasn’t a single thing about what he did that was normal.”

She also said she didn’t yell because “I don’t think the person in the other room would have given a f-k about me”.

“I knew I was in bad company,” she said.

Mr Okwechime is fighting four counts of sexual intercourse without consent and one count of choking.

Barrister Steven Whybrow, appearing for Mr Okwechime, said while some parts of the case were not in dispute, it would be suggested that some of the sexual activity was consensual while some did not occur, and the woman had not been choked at all.

Mr Whybrow said it would be conceded there had been penile-vaginal intercourse between the pair “for about two seconds”, after which the woman allegedly said, “you raped me”, and left.

He told jurors the essential issue was the credibility and reliability of the woman who had taken MDMA and cocaine.

The trial, before Acting Justice Stephen Norrish, is estimated to last seven days.